BCCI's Demand to Boycott Pakistan Is on Thin Ground

There is no provision in the ICC’s constitution that allows a member to seek the expulsion of another from a multilateral tournament. 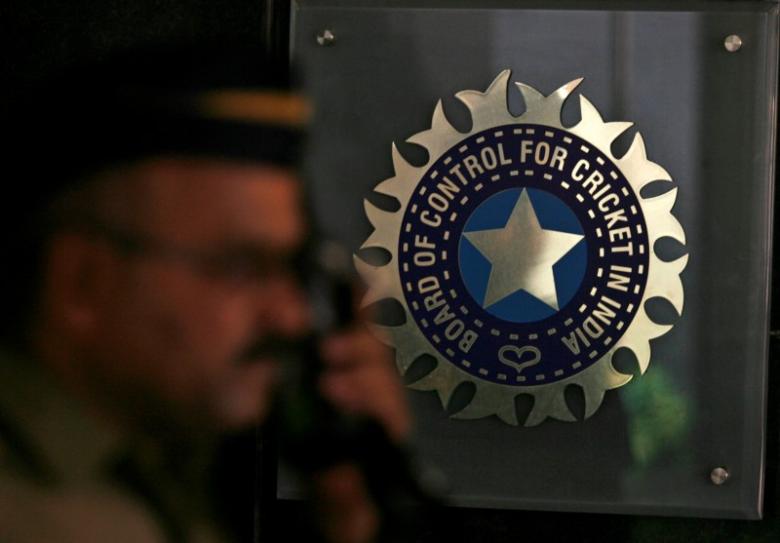 A policeman walks past a logo of the Board of Control for Cricket in India (BCCI) during a governing council meeting of the Indian Premier League (IPL) at BCCI headquarters in Mumbai April 26, 2010. Credit: Reuters/Arko Datta/Files

New Delhi: The Board of Control for Cricket in India (BCCI) asked the International Cricket Council (ICC) to “sever ties with countries from which terrorism emanates” on Friday.

In a letter addressed to the ICC, World Cup organisers, and the England and Wales Cricket Board (ECB), the BCCI emphasised that most participating nations in the tournament had condemned last week’s terrorist attack in Pulwama and expressed solidarity with India.

However, the Chairman of Committee of Administrators (CoA) Vinod Rai deferred the call on boycotting the World Cup match against Pakistan on June 16 in Manchester. Rai said the decision will be taken after consultation with the Union government. The home, external affairs and sports ministry are expected to be consulted before a final decision is taken.

With a former cricket captain as the Prime Minister in Pakistan, the game has even more resonance in bilateral relations. In fact, when the Indian high commissioner met with Imran Khan after his election, he handed over a cricket bat signed by all members of the Indian team.

There has been no official response from the Indian government, but an MEA source indicated that there was no urgency to take an immediate decision on this issue.

Earlier this week, Indian leg-spinner Yuzvendra Chahal was unequivocal in his condemnation of Pakistan. “This should settle once and for all. We can’t tolerate it any longer. Every three months we get to hear about our jawans losing their lives to terrorism and we can’t keep waiting for things to happen. It’s high time and we have to make things happen and we should settle this face to face, even if that means aar paar ki ladai (fight on the battlefield)”, he told India Today. Chahal is likely to feature in the World Cup squad this summer.

The bowler’s views were echoed by former stars like Sourav Ganguly and Harbhajan Singh, who backed calls for India to ‘put country first’, in the latter’s words. The relative strength of the Indian side – Virat Kohli’s team is considered a favourite for the World Cup – was cited by some ex-cricketers to claim that India will not suffer even if it forfeits the game in question.

However, in an earlier draft of the letter sent by the BCCI, the board stepped into uncharted territory by asking the ICC to ban Pakistan from the World Cup. The letter was prepared at the behest of chairman Vinod Rai and it may have been sent to the ICC earlier, if fellow CoA member Diana Edulji had not insisted on discussing the matter in Friday’s meeting, according to a report by ESPN Cricinfo.

The ICC will learn more about the BCCI’s intention next week when the board’s CEO Rahul Johri and acting secretary Amitabh Choudhury attend the governing body’s quarterly meeting in Dubai.

However, the likelihood of this demand attracting traction appears untenable. There is no provision in the ICC’s constitution that allows a member to seek the expulsion of another from a multilateral tournament. In fact, members are contractually bound to participate in all ICC competitions.

Teams forfeiting a match at the World Cup

There is, however, precedent for a team forfeiting a match at the World Cup. At the 1996 tournament, jointly hosted by India, Pakistan and Sri Lanka, Australia and West Indies conceded their encounter to the Lankans citing security issues.

Seven years later, New Zealand gave the same reason for its refusal to play Kenya in Nairobi while England boycotted its match against Zimbabwe in Harare due to the Tony Blair-led Labour government’s opposition to then President Robert Mugabe.

Also Read: Till Now, the BCCI Has Really Been a Board for Creating Confusion in Indian Cricket

Both New Zealand and England suffered decisively on account of the boycott, as their 2003 World Cup journey finished early.

Former captain Sunil Gavaskar was quick to warn of a similar impact on the Indian side’s World Cup chances if the match against Pakistan is forfeited. Gavaskar claimed that it will be India’s loss as the points will be awarded to the opposition. Sachin Tendulkar seconded Gavaskar’s argument on Friday.

Instances in other sports

If the BCCI does look to other sports for answers on the way forward, it must take note of the International Olympic Committee’s (IOC) declaration on Thursday. The IOC decided to suspend discussions with India for hosting global events in the future after Pakistani shooters were denied visa for the ISSF World Cup that started in New Delhi on Saturday.

Furthermore, the event in which they were supposed to participate was stripped of its status as a qualifying event for the 2020 Tokyo Olympics. According to the IOC charter, a member country cannot discriminate as host against visiting athletes.

In its letter, the IOC also noted the denial of visa to Donjeta Sadiku, a Kosovo boxer, when the women’s World Championships were held in New Delhi last November. India does not recognise Kosovo, which declared itself independent from Serbia in 2008. The absence of Sadiku led to the International Boxing Association (AIBA) expressing doubts over the destination of the 2021 men’s World Championships which is supposed to be held in India.

In January this year, another precedent was set when Malaysia was stripped of the right to host the para swimming World Championships by the International Paralympic Committee (IPC). The host paid the price as the Malaysian government stuck to its policy of denying entry to Israeli citizens. 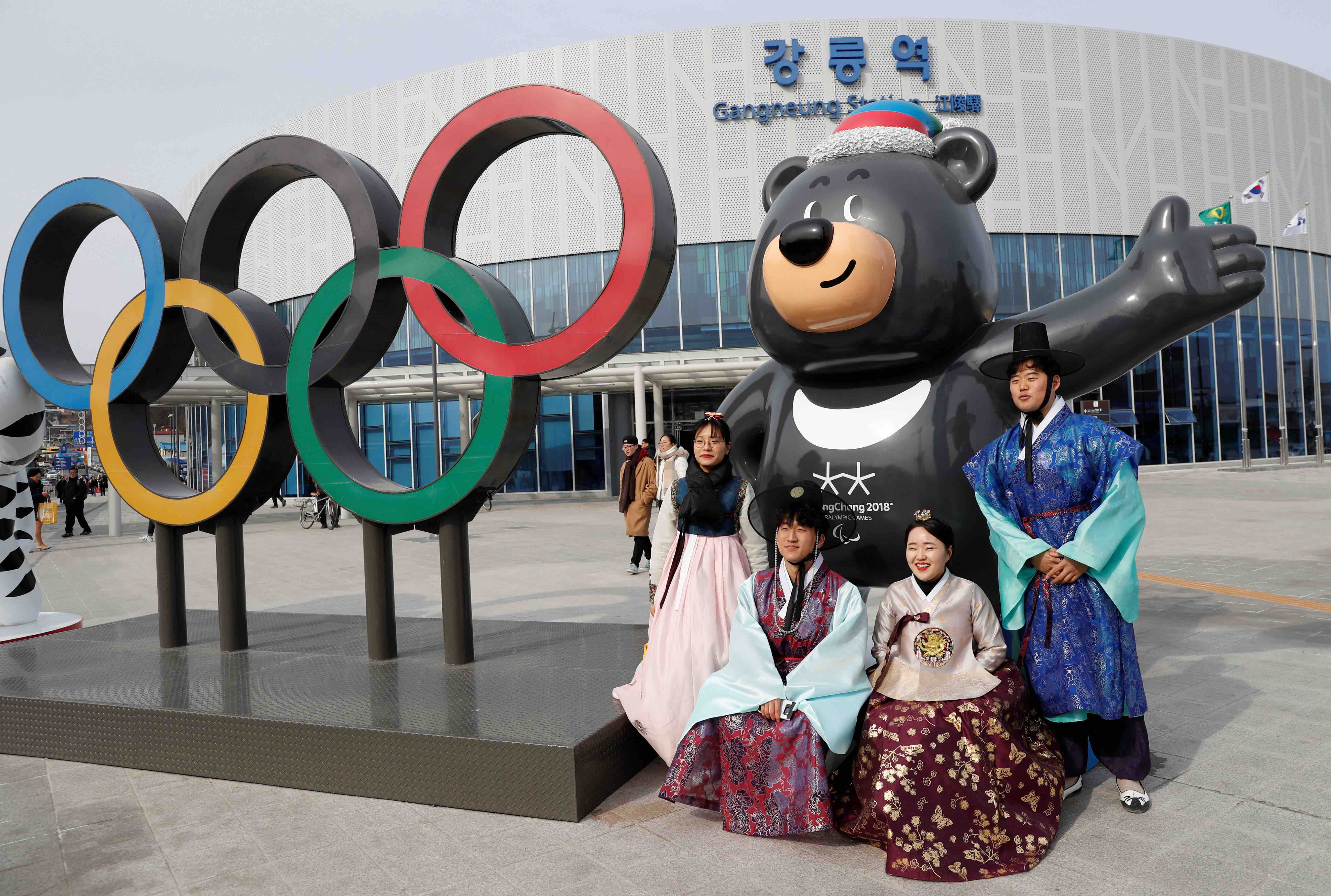 The IOC has decided to suspend discussions with India for hosting global events in the future. REUTERS/Murad Sezer

A boycott in sport is usually seen in the case of a country choosing to skip a tournament for political reasons. For instance, 66 nation states led by the US boycotted the 1980 Moscow Olympics in protest of the Soviet Union’s military action in Afghanistan. In response, 14 countries from the Soviet bloc did not participate in the 1984 Los Angeles games.

Another instance saw Russia’s absence from athletics at the 2016 Rio Olympics on account of its allegedly state-run doping programme. The suspension was a consequence of institutionalised cheating in the sporting realm.

Also Read: It’s Time To See Sport for What it is – Not Separate from Politics, Economics or Culture

South Africa’s long absence from sport for its apartheid regime is often cited by those who support Pakistan’s expulsion, but accusations of state-sponsored terrorism are not exclusive to Pakistan alone.

Furthermore, the international cricket community has largely boycotted tours of Pakistan ever since Sri Lankan cricketers were shot in a bus in Lahore a decade ago.

Importantly, India appears to be isolated within the ICC in seeking greater punishment for its arch-rival. All precedents and legal complications considered, the BCCI’s case seems to be on thin ground.