As Tokyo Olympics Approach, a Look at India’s Sporting Potential

Has anything changed between Rio and now, given that predictions of an unprecedented Indian performance are being discussed? 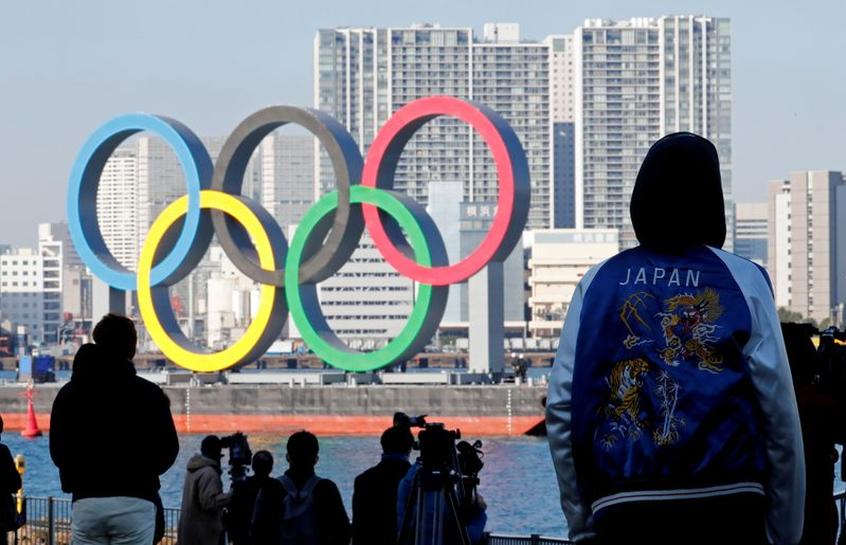 Bystanders watch as giant Olympic rings are reinstalled at the waterfront area at Odaiba Marine Park, after they were temporarily taken down in August for maintenance amid the coronavirus disease (COVID-19) outbreak, in Tokyo, Japan December 1, 2020. Photo: Reuters/Kim Kyung-Hoon/File Picture

This is the first article in a five-part series on sports in India.

If the Tokyo Olympics were held right now, India is likely to earn as many medals in one go as it has over the last 12 games put together – from 1972 in Munich to 2016 in Rio. This estimate has been made by the Olympic analysts, Gracenote. Specifically, their report predicts that India will win eight medals in shooting, four in boxing, three in wrestling and one each in archery and weightlifting.

Given the current COVID-19 crisis, however, there is an air of uncertainty surrounding the Tokyo Olympics, which have already been delayed by a year. Not since the two world wars have we seen modern Olympics disrupted in this manner. With 10,000 of 80,000 volunteers already dropping out of the upcoming Olympics, the possibility of further drop-outs has begun casting a shadow on the eventual quality of the games. Even if the games are held, we have no idea at this stage whether these unprecedented Indian sports achievements will come true!

Gracenote’s predictions, however, are in contrast to a report that appeared in an Australian news channel following India’s disastrous Rio Olympics performance in 2016. The report said, “…per person, India has the worst athletes on Earth. India’s population of more than 1,326,801,000 and haul of two medals places them in the last position of the 87 countries to win a medal at the 2016 Games, per capita.”

A total of 118 Indian athletes were sent to Rio, the largest contingent of athletes ever to have gone to the Olympics from India. The great irony is that this contingent was reported to have been best trained ever to leave the shores of the country.

With all of this in mind, it is important to ask, has anything changed between Rio and now, given that predictions of an unprecedented Indian performance are being discussed?

For the past year, we have undertaken desk research and interviewed various stakeholders involved with sports in India to gain a better understanding of the evolution of Indian sports from the perspective of participation, administration and governance, to explore whether these predictions hold weight.

India’s youth bulge and the potential for nurturing sportspersons

In 2019, about 26.62% of the Indian population fell into the 0-14 years category, which translates to about 340 million. These large numbers of young people, while very exciting for the potential growth of a country, can also be worrying for the planners of a developing country like India. The young population needs to be provided with healthcare, education and opportunities for a meaningful livelihood.

One area of opportunity for nurturing the potential of young people is in sports and fitness. However, barring cricket and to a certain extent field hockey, India has historically underperformed in the international sporting arena. While the emphasis on sports and physical fitness for the youth has, until recently, been limited, initiatives and organisations that have focused on cultivating young people’s sporting talent have met with success, including the academies started by ex-sportspersons, Army Sports Institute, and a few regional centres of the Sports Authority of India.

The current government at the Centre has taken a number of measures at the policy level, perhaps recognising the potential among India’s youth to produce outstanding sportspersons. Amongst other areas, sports and fitness have featured prominently in a slew of policy modifications and additions.

Samagra Shiksha Abhiyaan, an integrated scheme for school education launched in 2018, articulates four important ways that it will support school sports: “sports equipment will be provided to all schools; sports education will be an integral part of the curriculum; every school will receive sports equipment under the scheme to inculcate and emphasize the relevance of sports in the school curriculum; and it will provide support to ‘Khelo India’.”

Initiated by the Ministry of Youth Affairs and Sports, the Khelo India programme is a national programme dedicated to the development of sports. The Khelo India Youth Games (KIYG), a multidisciplinary grassroots games scheme, has been held thrice till date in 2018, 2019 and 2020 respectively. The fourth edition, to be held later this year, will be hosted by Haryana, one of the top-performers in the 2020 games.

Among other initiatives, there is the Fit India Movement and the National Talent Search Scheme. It is apparent that the overarching goals of these more recent policies are to strengthen sports infrastructure at the grassroots level and identify sporting talent among the youth through KIYG and similar initiatives.

The Eklavya Model Residential School (EMRS) scheme, started by the Ministry of Tribal Affairs in 1997-98, is worth mentioning here. The objective of these schools was not only to impart quality education to children belonging to Scheduled Tribes (ST) in remote areas, but also to build their all-round development. This includes the provision of good quality sporting facilities to the children.

Each school has a capacity of 480 students, catering to students from Class VI to XII.  The Ministry of Tribal Affairs has announced that by the year 2022, every block with more than 50% ST population and at least 20,000 tribal persons, will have an EMRS. Across the country, as per census 2011 figures, there are 564 such sub-districts out of which there is an EMRS in 102 sub-districts. Thus, 462 new schools have to be opened by the year 2022.

Each of these schools will also have something that is referred to as the ‘Centre of Excellence for Sports’ (CoE for Sports). These centres will have dedicated infrastructure in the form of specialised state-of-the-art facilities for one identified individual sport and one group sport in each state. These facilities will include equipment and scientific back up along with specialised training, boarding and lodging facilities, sports kit, sports equipment, competition exposure, insurance, medical expenses etc. as per norms of Sports Authority of India.

This scheme holds tremendous potential to nurture sports nationally for various reasons. Apart from dedicated advanced sports facilities inside the school, these facilities can be availed by both boys and girls as most of these schools are residential and co-educational. And the pragmatic policy declaration of creating ‘specialised state-of-the-art facilities for one identified individual sport and one group sport in each state’ would allow the promotion of the most favoured sports of the area where these schools are located. In a visit to one such school, we were particularly impressed with the state of facilities in the EMRS in block Kalsi of district Dehradun.

Despite these impressive schemes and policies, it remains that “not much data exists on school physical education and sports in India. We do not know how many potential Sainas, Sindhus, and Himas exist in our country, leave alone what kind of facilities exist in the grassroots to produce them.”

The Annual Status of Education Report (ASER) 2018 survey, an annual rural assessment of children’s schooling status and foundational learning, tried to capture some of the indicators on school sports articulated in the Samagra Shiksha Abhiyan. The ASER 2018 findings are based on observations in roughly 16,000 government schools, about 9,000 primary and 7,000 upper primary schools in rural India, spread across 596 districts.

Two-thirds of the schools visited across the country had a timetable with a physical education period. Top states included Maharashtra (93%), Tamil Nadu (82%), Gujarat (72%), Kerala (83%) and Andhra Pradesh (78%). Amongst the bottom seven states, six were from the north-east, including almost three quarters of the schools visited in Manipur and Nagaland and two thirds in Arunachal Pradesh and Meghalaya. These findings are somewhat surprising because many of these states have a strong culture of sports. It is possible that organised sports in these states take place outside of schools.

The ASER 2018 questions on school physical education and sports are just a starting point to probe the reality of sports infrastructure in rural India. There is much more scope for a detailed in-depth assessment to know the perception of communities, particularly youngsters, towards physical education and sports, and what kind of barriers they face in accessing opportunities to hone their sporting talent.

With 101 Indian athletes having already qualified by June 22, 2021 for the upcoming Tokyo Olympics, the size of our contingent is expected to be larger than what it was in 2016. Without doubt, this past year has been incredibly challenging for our athletes in terms of training and keeping their mental and physical health in check. We will have to wait and see whether Gracenote’s predictions hold true. Till then, this series aims to uncover challenges and some possible answers as to how India can reach its true sporting potential at the world stage.

Through extensive literature review and interviews over the past year, we explore the following questions: Does a sporting culture exist in India and how can the historical evolution of sports help us understand contemporary challenges better? Have professional leagues in various sports helped increase mass participation and what do sportspersons themselves feel about the value addition from these leagues? How has the current governance and administration structure of sports in India impacted our performance? Finally, we will end the series with an exploration of how other stakeholders such as NGOs can help popularise sports at the grassroots level and work towards providing ample opportunities for all sections of society.