Why ISRO Deserves the Budget Hike it's Been Recommended

The government aims to use space technologies for a variety of public services. To realise this, ISRO needs enough funds to meet the demand for space vehicles and launches, and invest in technological research. 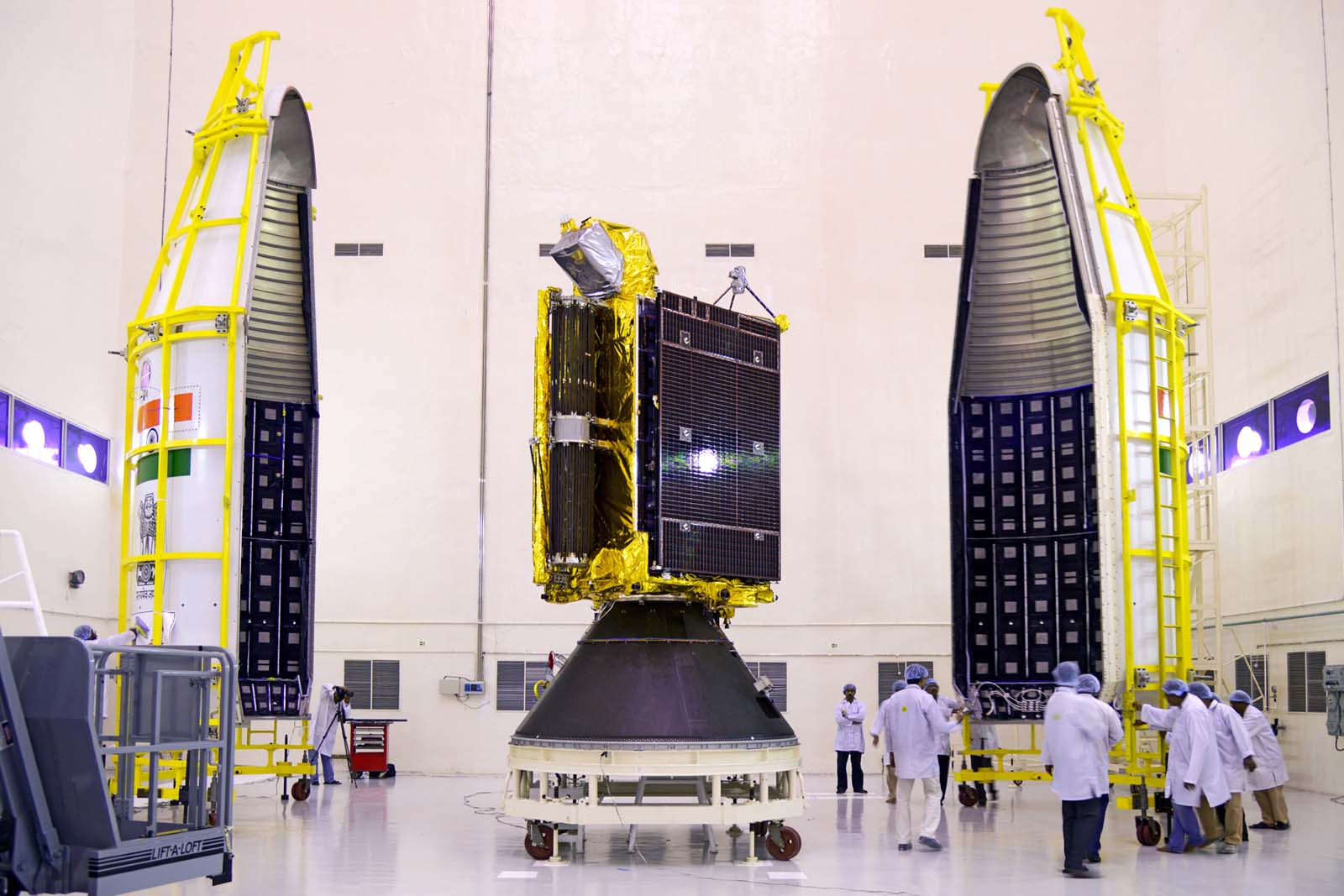 GSAT-6 seen with two halves of the payload faring of GSLV-D6. Credit: ISRO

When the Parliamentary Standing Committee on Science and Technology, Environment and Forests last visited the Indian Space Research Organisation’s (ISRO) and reviewed current work there, it recommended a 50% increase in its annual budget. It took note of ‘the need for enhancing manpower, particularly the scientific manpower of ISRO, the lack of which was disabling the organisation to optimise its potential’.

The chairman of ISRO has also stressed “the need for manpower for producing various satellites and also bolster the R&D set up to develop new generation satellite and launch vehicles”.

Demands for space technology in governance and development

The government’s drive to expand the use of space technology in governance – by using it for agriculture, infrastructure planning, water resources, technology diffusion and other public services – may be one of the major contributors to the need for more resources in the space programme. The current government organised a National Meet on Promoting Space Technology-based Tools and Applications in Governance and Development in September 2015 to work toward creating synergies for utilisation of space technology at the grassroots level. With over 1,500 officials attending this meeting, 170 projects were identified where space technology could be used. This meeting may well have opened doors to many governmental departments to potentially use space-based services for effective governance.

Some of the recent announcements, such as ISRO and the Archaeological Survey of India (ASI) coming together to help conserve architecture of national importance, and the railways reaching an agreement with ISRO to use geo-spatial technology to set up warning systems for unmanned level-crossings, are testament to this potential being used. This expansion of downstream applications is laudable and needs to rise exponentially if harnessing space technology is to be used toward realising a better life for the aam aadmi.

With the international success of missions such as Chandrayaan, the Mars Orbiter Mission (MoM) and ASTROSAT, space science has found a rising interest within ISRO. The organisation is now working on innovative missions for interplanetary exploration such as Aditya, MoM-2, Chandrayaan-2 and a possible mission to Venus.

What does this mean for ISRO?

ISRO has three major satellite systems to support space-based imagery services (e.g., Indian Remote Sensing), communications (Indian National Satellite System) and navigation systems (IRNSS). The rise in demand for space-based services directly implies an expansion of on-orbit infrastructure will also be needed. And we see this demand implying ISRO’s need to launch one satellite per month in the foreseeable future.

On the international front, ISRO’s commercial arm Antrix Corporation has orders for over two dozen satellites to be launched on the Polar Satellite Launch Vehicle (PSLV). There is need to enhance launch capacity from the traditional three to five launches per year to 12-18, and with the Geostationary SLV as well, particularly to capture the international demand. This can only be possible via privatisation. And ISRO has announced plans to largely privatise PSLV operations by 2020. The need for more satellites and launches needs to be supported by expansion of ground infrastructure in Bengaluru, where the satellites undergo assembly, integration and testing, and in Sriharikota, where the same happens for the launch vehicles.

While there is immense demand for space services in the country, it is important to not forget the need for increased research and development in the sector. If the focus for the next three to five years shall be based only on realising volumes in launches and spacecraft, the country might lose crucial time in the fast-changing international technology terrain. The need for innovating new technologies, which can further reduce the cost of services from space, isn’t important only from a national perspective but from an international competitiveness perspective as well. A couple examples could explain this better.

On the spacecraft front, one of the key areas of innovation is electric propulsion for satellite systems. In traditional communication satellites, more than 50% of the satellite’s mass is fuel. This works for over 10 years on orbit. This is also the case for the ISRO-built INSAT bus (the satellite’s infrastructure). The world’s first all electric satellite is already on-orbit and claims that ion propulsion is 10x more efficient than liquid-fuel. Given that these satellites typically weigh three to four tonnes, implementing new technology reduces the launch costs of these satellites substantially. ISRO has announced that it plans to develop electric propulsion within a targeted two years.

On the launch-vehicle front, global technology is changing fast with the entrance of multiple new-generation launchers. A study on these new generation vehicles points to several of them targeting low-Earth orbit (LEO) satellites weighing less than 1,000 kg – squarely within the PSLV’s remit. These vehicles seek to reduce launch costs to much below $25,000/kg (Antrix charges Rs.21 lakh/kg, approximately $34,000/kg) – and that’s not to mention SpaceX and its drive to use reusable launch vehicles, bringing down the cost/kg to $1,000. The evolution of dedicated launches with short turnaround times and reusability are key to the future of these vehicles.

And once proven, these technologies will reduce waiting times for satellites that are usually piggybacks (i.e. not the primary payloads in their own right). Although ISRO is planning for reusable launch vehicle (RLV) technology for low-cost access to space, the testing of this technology has been delayed due to unavailability of launch pad at Sriharikota. While ISRO plans to fully realise the GSLV Mark III, it needs to invest in technology in order to stay internationally competitive in the launch segment.

The challenge to ISRO’s leadership is in structuring the organisational roadmap to achieve increased volumes and move forward on the research front. We have already seen a positive move in the privatisation of PSLV. Whether a similar move will happen on the spacecraft front (with the privatisation of the standard spacecraft bus) remains to be seen. In such cases, ISRO can focus on developing the specialised payloads and developing a new generation bus (such as all-electric buses of INSAT and miniaturised buses for IRS). In this scenario, the private sector is given impetus for greater participation – but given the bottlenecks involved – like the transfer of facilities and technology, manpower training for reliability and safety, commercial arrangements and legal issues – in bringing a consortium of industries together to participate in such an effort, it’s possible that nothing will happen before 2020.

The government of India must consider the recommendation of the Parliamentary Standing Committee on Science and Technology, Environment and Forests and substantially increase the funding for the space programme. This will help ISRO realise the demand for space-technology-assisted applications, as well as develop next generation technologies. There is tremendous scope for policymakers to further discuss the possible approaches and take a long-term perspective to come to fitting conclusions.