Book Review: A Historical Overview of How India Is Using Space for Its Security

A new book makes the case for why India's policymakers must approach space security in interdisciplinary, not piecemeal, fashion.

The PSLV C48 ahead of its launch at Sriharikota, December 2019. Photo: PTI

Final Frontier, a new book by Bharath Gopalaswamy, a senior fellow at the Observer Research Foundation, New Delhi, begins by introducing space security through the lens of national security, and how space became an important part of it. Gopalaswamy uses examples from various leading space actors from the early years of space activities to build the case for why space security should matter to India.

The first few chapters provide an excellent overview of the origins of the Indian space programme, especially in terms of its organisational and programmatic development, followed by a detailed account of the structure of the different centres of the Indian Space Research Organisation (ISRO). The reader is bound to come away with strong insights into the capacity built up in the country over several decades of investment.

However, the book misses a trick by not specifying who it is intended for, together with the points it intends to make, in the introductory portions. It would also have been good to include an organisational chart of the Department of Space, the space commission and ISRO’s various divisions, considering the narrative alludes to various branches of India’s space setup at different points.

There are a few other concerns with the book – especially in terms of what the author has left out – which limit the extent to which the arguments can be applied to the latest developments in the Indian and international space security sectors.

For example, Gopalaswamy doesn’t explore the role of the Advanced Data Processing Research Institute within ISRO: to work with the national defence and security communities. Similarly, the section detailing developments in space commerce in chronological order omits some major events, such as the US lifting its ban on American companies launching their payloads on Indian rockets.

When explaining the current landscape of civil-military integration in India, the author makes suggestions on how civilian and military space technology and space applications for security can be architected into the existing structure. However, he has also omitted a few important developments, like the Government of India’s creating the Defence Space Agency and the Defence Space Research Agency, to exploit space for warfare. Indeed, this new position renders much of the legacy debates by analysts on civil-military integration obsolete.

Also read: Thanks to Starlink There’s a New Void in Space: the Absence of Rules of the Road 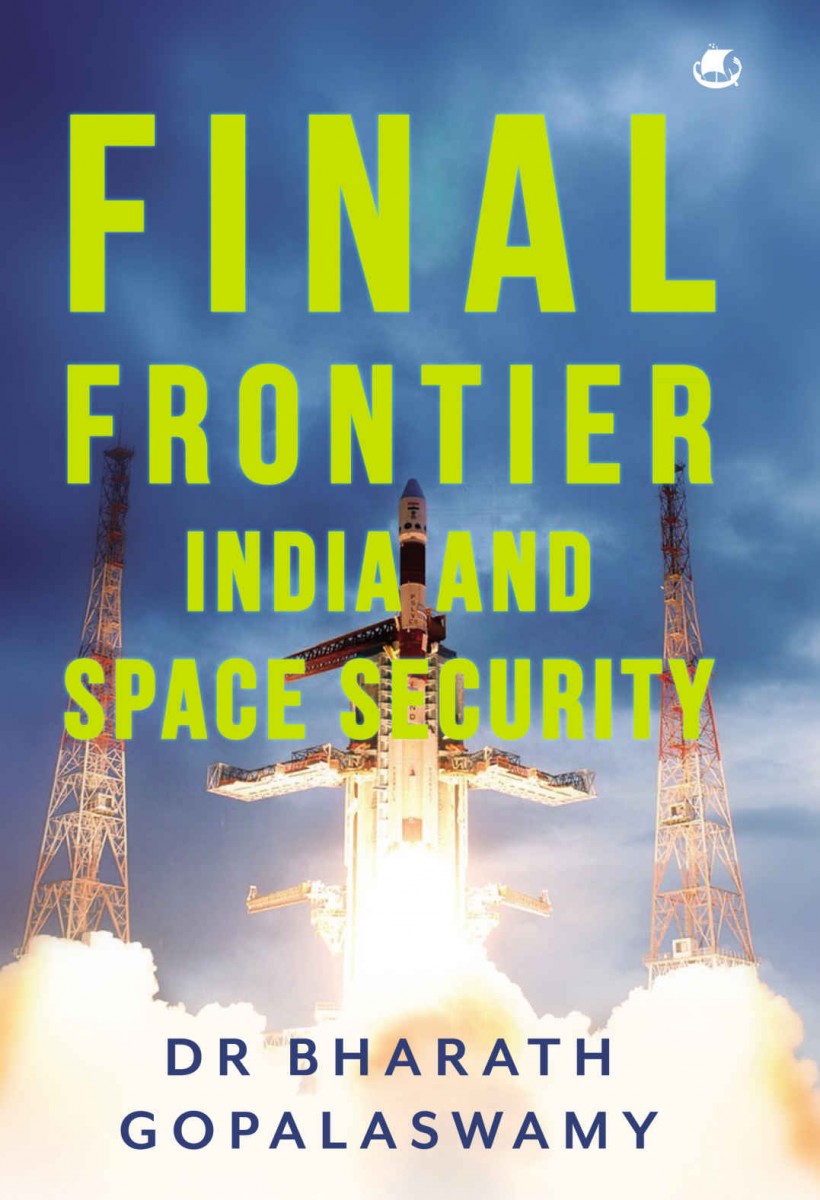 Gopalaswamy also discusses the history of space-based communications and remote sensing as deployed by India and other countries. Japan would have been an interesting country to include here since it has taken big strides in the use of space-based assets and resources for national security. Gopalaswamy also leaves out a comparative analysis of the current operational assets in space of major space faring nations versus India, if only to help readers connect the dots better.

The book also discusses India’s satellite communications policy and suggests implementing a single-stage approval process for the private sector. However, a single window system is already available in the satcom policy landscape in India (Section 3.5). The book also doesn’t explicitly mention the need to separate the powers of the operator and the regulator in space activities; the government currently performs both roles in India, resulting in a virtual monopoly.

In the discussion of remote-sensing capabilities, there is a mistake in the projected cost of Ikonos satellite imagery: $25/sq. m has been printed instead of the correct $25/sq. km. Gopalaswamy’s historical accounts create a useful perspective to properly contextualise the purpose and goals of India’s remote-sensing and signals-intelligence missions. It would have been even better if it included an overview of India’s capabilities on these two fronts by comparing bands, resolutions, number of assets, areas of coverage, etc. based on operational satellites.

As for the weaponisation of outer space, he describes the different types of space weapons, including directed-energy weapons, lasers, particle-beams, kinetic-energy weapons and nuclear weapons. A missing element here is the use of co-orbital space assets and rendezvous and proximity operations, or RPOs, together with an analysis of the most important recent actions by various actors. Two other useful additions in this context would have been cybersecurity and quantum communication. Nonetheless, Gopalaswamy understands what needs to be done for India to become a leader in creating an international space situational awareness network: as the number of satellites increases, especially in the low-Earth orbit, their population will quickly become a major challenge for both government and non-governmental operators.

The chapters that discuss the governance of outer space, international laws and the presently evolving landscape of India’s space-related legal framework together constitute the most insightful part of the book. Gopalaswamy does a good job of analysing the proposal for an International Code of Conduct for Outer Space and the Prevention of Placement of Weapons in Outer Space, and the responses of the world’s spacefaring nations to these ideas.

Similarly, he advances some fluent and straightforward arguments to legislate space activities based on India’s international obligations as well as the need to support the local space industry ecosystem. His analyses of the draft Space Activities Bill 2017 and the Geospatial Information Regulation Bill 2016 are must-reads to understand how these legal instruments will affect the Indian space programme, especially in terms of the challenges actors face outside the government.

Space security is an important and emerging area that India’s policymakers need to approach in interdisciplinary fashion. Overall, Gopalaswamy’s book in this regard provides a good foundation but is limited to historical examples – perhaps in an attempt to reel in the beginner. Future attempts to explore this subject should also review the current Indian capacity and policy positions vis-à-vis emerging technological capabilities, as well as deep-dives of various programmes, how they’re executed and – of course – the opportunities and challenges of the country’s nascent private space enterprises.

Narayan Prasad is the host of the NewSpace India podcast, India’s only talk show focused on space activities.