When ISRO Isn't Enough, There's Another Place You Can Go to Find Out More

Experts and enthusiasts have come together in pockets around the internet, often anonymously, pooling together what they’ve been able to find about different ISRO missions. 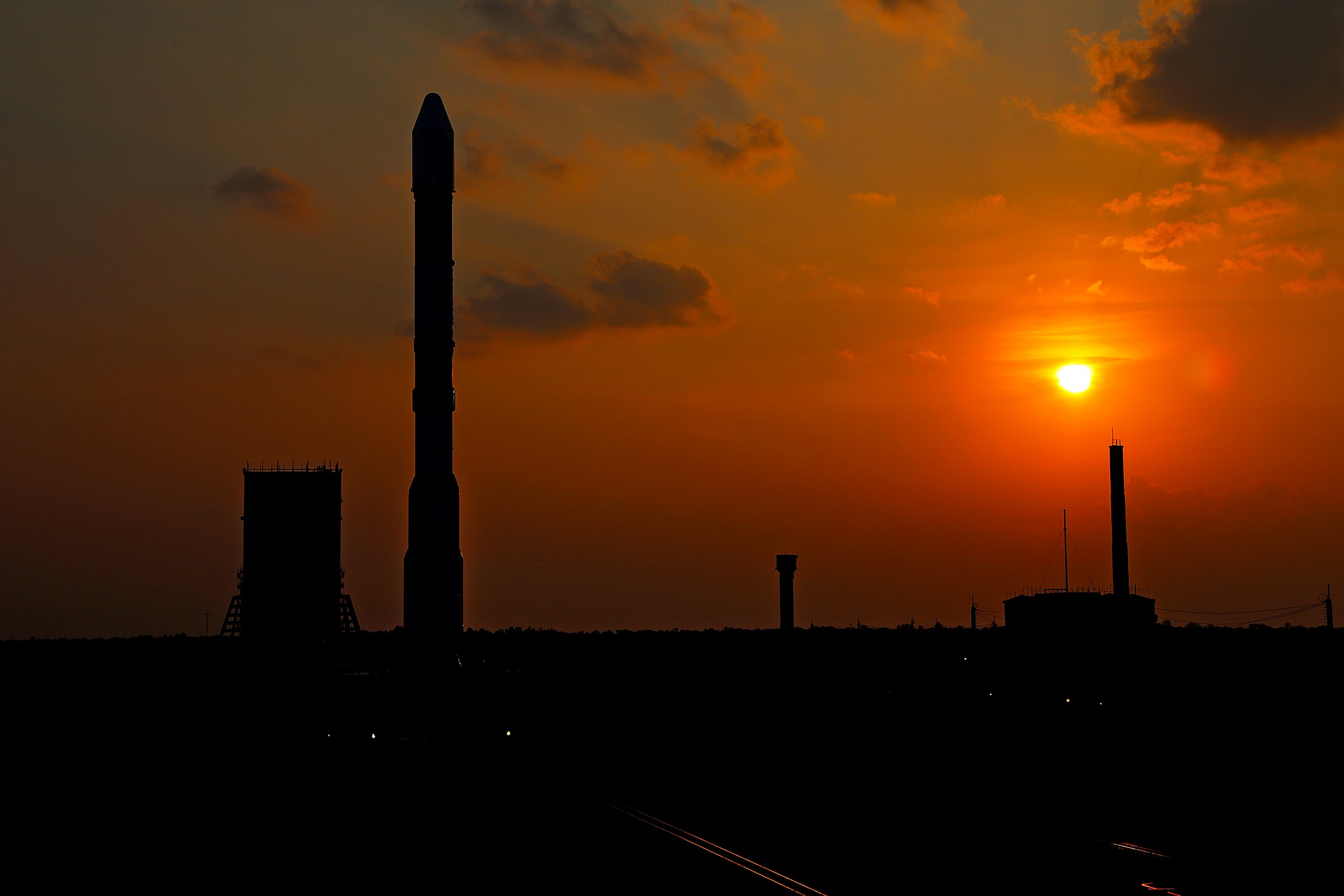 A PSLV rocket being moved to its launchpad at Sriharikota. Credit: ISRO

On September 7, a robotic machine named Vikram, carrying a lunar rover plus a suite of six instruments, flopped its attempt to soft-land on the Moon and stopped communicating with ground control. Its signal vanished only moments before Vikram’s feat was due to be a historic triumph, and the surface component of the Chandrayaan 2 mission came to a premature end.

The Indian Space Research Organisation (ISRO), which had launched the mission, first issued a string of statements asserting that the mission shouldn’t be construed a failure because Chandrayaan 2 had completed multiple objectives, including place an orbiter in orbit around the Moon.

Then, over the course of September and October, its chairman K. Sivan further claimed the mission had in fact succeeded to the tune of 90%, then 95% and eventually 98%. News reports simultaneously quoted unnamed officials within the organisation saying the lander was actually intact on the Moon and had simply tilted over to its side.

Scientists around the country, on the other hand, were more accepting of the failure and cast it as a necessary part of exploratory missions.

What exactly happened wasn’t clear until late November, when a minister indicated in the Lok Sabha that Vikram’s thrusters could have malfunctioned during the descent phase, causing it to plummet. Then, earlier this week, NASA confirmed that a camera onboard its Lunar Reconnaissance Orbiter (LRO) had captured images of Vikram lying in pieces on the Moon, about half a kilometre from its designated landing spot.

When queried on this announcement, Sivan said, “Our own orbiter has located the site of the lander.”

Multiple people flocked to defend his trite response on the social media, insisting the organisation is only communicating as much as it thinks it needs to and that outsiders can’t know better. Like it or not, this is true: ISRO typically doesn’t release many details about its missions, and in the event of a mishap, it becomes airtight. When it does open up, it’s usually leading up to a mission, when there is only good news to share.

There is thus a severe disparity in the distribution of ‘those in the know’ and ‘those who would like to know’, even when it’s clear there is something to know. ISRO has been taking some initiatives of its own to plug this gap but progress has been ponderous at best.

Thankfully, experts and enthusiasts have come together in pockets around the internet, often anonymously, pooling together what they’ve been able to find about different ISRO missions. Many of these people are not experts because they have any educational qualifications but because they’ve assimilated a deep knowledge of the organisation by closely following reports about it in the press, by uncovering documents hidden somewhere in the labyrinthine network of government websites, and by analysing as a group every scrap of detail available to them.

One of them is Shanmuga Subramanian, a Chennai-based programmer who first spotted signs of the Vikram lander in LRO data and tipped off scientists at NASA. His message prompted a follow-up, and soon, NASA scientists were able to confirm Subramanian was right: Vikram had crashed on the surface 520 m from where it should have landed. It wasn’t lying on its side, and it wasn’t remotely salvageable. His educational background? Mechanical engineering.

“My find should inspire thousands of others, too, as it clearly proves that someone who is not involved in space exploration or is a scientist can also do a lot, as far as space is concerned,” Subramanian told The Wire.

He started looking for signs of the ill-fated lander in LRO images for two broad reasons: the lure of the challenge (‘If even NASA can’t find it, can I?’) and because Vikram’s disappearance had made it more famous than it might have been if the surface mission had succeeded.

“Vikram’s crash-landing got more people interested in it, and it eventually hooked me” as well, he said. During the day, he works as an IT architect, so he spent his nights for about a week looking at images NASA had obtained from the LRO. “Initially, there were a lot of false positives and I was corrected by [Twitter users].”

One tweet led him to a Reddit page where users had mapped the intended landing spot on the Moon and Vikram’s path of approach. “I eventually concluded” based on a tweet that “it would have come from over the north pole, and “from ISRO’s live images, I made out it would have stopped short by around 1 km from the landing spot.” So Subramanian started scanning a 2 sq. km patch around the landing spot.

Soon, he “found a tiny little dot and compared it with LRO images going back nine years” to ascertain he was looking at pieces of Vikram and not stray Moon rocks. That’s when he reached out to NASA and ISRO. The latter didn’t reply, in line with its overarching reluctance to open up about what happened to Vikram. The former did; Subramanian later received a letter of commendation from a senior scientist associated with the LRO mission and NASA demarcated the crash spot with an ‘S’ for his name, both of which sharpened the banality of Sivan’s reply.

One Reddit channel, or subreddit, is dedicated to ISRO. It counts over 8,300 members today, and at any time, a couple dozen are online. There is at least one new update every day, and each post – sharing a news article, a considered opinion or a previously unknown tender notice – receives a half-dozen comments or so on average.

“For me, it was Chandrayaan 1 and the SRE [space-capsule recovery experiment] 1 that got me interested, with a vague idea of what was happening abroad,” one active member of the ISRO subreddit told The Wire. “I started looking into space-related communities when SpaceX was gaining ground, and the ecosystem of spaceflight fans really started buzzing with newcomers.”

Even then, this member – whom we’ll call C for convenience; the member wished to remain unnamed – noticed there wasn’t much ISRO-related information available in the public domain. “In India, new centres of attention … were tantalising people with the prospect of interplanetary science missions and the Indian human spaceflight effort.”

Observers noticed an uptick in ISRO’s outreach at the time of the Mars Orbiter Mission in 2014 but it faded out just as fast as it had faded in. “So I began to look into historical material to develop a proper context for everything related to ISRO – and found their narrative to be very appealing,” C said. It wasn’t a straightforward affair. “Very few good books were available to read and there were barely any palatable visuals or technical material.”

C also found most conversations about ISRO’s activities were confined to “defence-oriented online communities” whereas most people interested in ISRO wanted to know about the organisation’s civilian programme, especially its scientific missions. So people who couldn’t join other existing groups began to gather on Twitter, Reddit and “other spaceflight-centric fora”, and these became “nice, casual places to drop links and follow discussions away from the jingoism.”

People like C – who wanted to be clear was simply a hobbyist and not a technical expert of any kind – regularly populate the ISRO subreddit with nuggets of information that help piece together what the organisation could be up to at any point. Jargon and math are hardly a problem with Google, Twitter and Q&A fora like StackExchange.

Two days ago, Reddit user @kvsankar built on Subramanian’s discovery to make sure what the latter had noticed was in fact debris from the Vikram lander. At the end of a detailed post on Reddit, he expressed hope that his findings “add additional evidence to the claim that this is indeed the Chandrayaan 2 Vikram landing site. A few have expressed skepticism over the LRO findings. I hope this might change their thought processes.”

@kvsankar is Sankaranarayanan Viswanathan, a software engineer in Bengaluru who also creates animations of interplanetary science missions, undertakes outreach via the Bangalore Astronomy Society and builds astronomy animation software for others to play around with. He used images from the LRO, orbit data from NASA’s Horizons interface, event timestamps and Photoshop to figure out the direction at which Vikram should’ve struck the Moon’s surface, and compared it to how debris in the image Subramanian had spotted was scattered.

He was able to conclude that “radial patterns at the crash site align with the orbit path more or less”. Another user then added visual information from the LRO and the Chandrayaan 2 orbiter to help with analysis.

Quite unlike the black-box that ISRO often is, these users’ efforts are closer to new trends in open science, where scientists present their results as well as explain how they arrived at those results, which tools they used and what data they worked with. Viswanathan in particular thinks that of all “the social media platforms, Reddit is arguably best suited for science outreach. On Reddit, you can post structured content easily and have an effective dialogue.”

According to Subramanian, engaging in such tasks could even be a matter of individual responsibility considering a lot of the data is available for free. “With NASA’s scientists crunched for time with their Moon missions, it should be our duty to give them something they need,” he said.

“I would suggest students and others help NASA, ISRO and other space organisations by building a good database of LRO images, with features for comparison, etc.”

Then again, openness is a new virtue, and some observers have chalked up ISRO’s inopportune silence in moments of tension to its limited resources or even considerations beyond simple science.

But even if ISRO had a reason to stay mum, the spare-time pursuits of Subramanian, C, Viswanathan and others illustrate only so much can be kept under wraps. For example, we still don’t know why exactly Vikram crashed but we do know it’s certainly not lying on its side.

“I would like everyone to develop a rational mindset, have scientific temper,” Viswanathan said, “and think with clarity for themselves rather than believing what someone else tells them.”

To adapt that old adage, some part of the truth will eventually out, and those complaining that ISRO doesn’t speak out enough are justified in their concern that it doesn’t seem to want to shape the part of the narrative that’s going to enter the public domain anyway. And when it does, the organisation only looks apathetic at best, and petty at worst.

“It is an obsession-driven hobby fuelled by the availability of spare time for me,” C said. “When something out of the ordinary happens, like Shanmuga Subramanian finding that one odd pixel and not letting it go… it makes it worth it.”