The 5,800 kg satellite when functional can provide a capacity of 12Gbps. 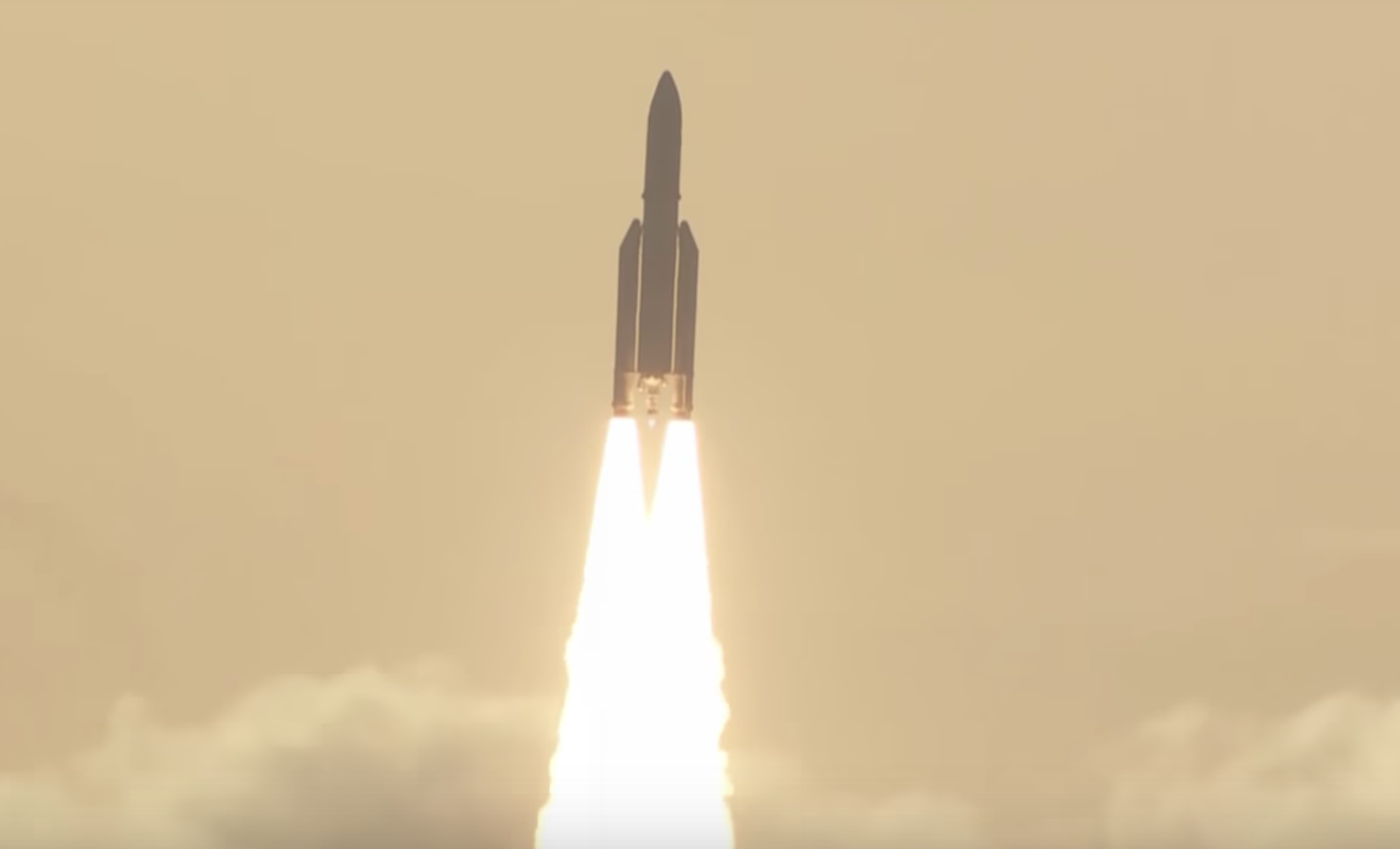 The communications satellite GSAT11 was in Kourou in French Guiyana to prepare for a launch aboard the Ariane 5 rocket in May. Credit: Arianespace

The launch of the Indian Space Research Organisation’s (ISRO) satellite GSAT-11 from Kourou in French Guiana was cancelled on April 24 after the space organisation recalled GSAT-11 to its test facility in Bengaluru, according to an Arianespace statement. France-based Arianespace operates the spaceport at Kourou. The statement said that ISRO had recalled the satellite to perform additional technical tests.

Earlier in March, GSAT-11 was flown to Kourou to prepare for a launch aboard the Ariane 5 rocket, which was scheduled for May 25, 2018.

GSAT-11, weighing 5,800 kg, is the heaviest communications satellite built by ISRO, and can provide a maximum capacity of 12Gbps. The Azerspace-2/Intelsat-38 which was to join GSAT-11 aboard the Ariane 5 rocket is a “condosat”, with payloads from Azerbeijani satellite operator Azerspace and global satellite communications provider Intelsat.

With ISRO pulling GSAT-11 out from the May launch, Arianespace will have to reschedule the launch of the condosat, because of which, Arianespace’s calendar is empty till July.

It is still unclear why ISRO recalled the satellite. Mathieu Weiss, managing director of the India liaison office of the French space agency told The Hindu, “These things happen in the space sector. We fully understand that the customer has to make thorough technical checks.”

The Union Cabinet had approved a budget of Rs 1,117 crore for the GSAT-11 mission in March 2016. This included money for construction and launching in a foreign country.

Earlier,  ISRO had lost control of the GSAT-6A communications satellite.

Since then, ISRO has managed to find and track the satellite, which is seems to be moving in an elliptical orbit about 30,000 km from Earth. It has enough fuel to last ten years in orbit,  and also managed to deploy its solar panels. ISRO ground teams are now trying to establish contact with the satellite, which crosses over India every 90 minutes.

Despite this mishap, the Indian space agency proceeded with launching the IRNSS-1I satellite onboard a Polar Satellite Launch Vehicle rocket on April 12, 2018. The launch was successful.