Apples and Oranges: Why ISRO Rockets Aren't Comparable to Falcons or Arianes

ISRO is a state-backed, not market-driven, organisation, while its two launchers were conceived 30-40 years ago to meet specific domestic needs. 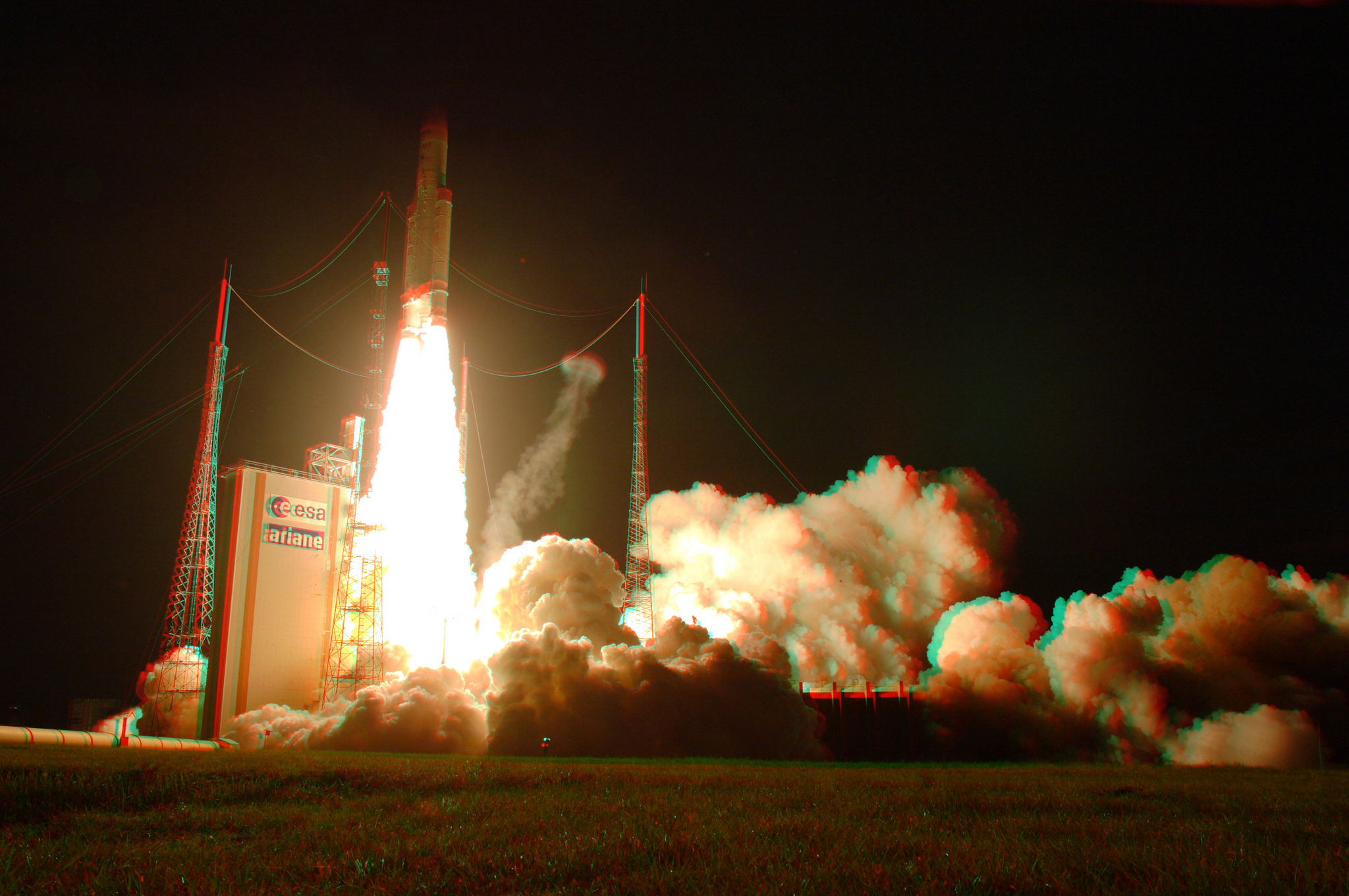 After the PSLV C37 mission was successfully completed on February 15, multiple articles published in the media have been full of praise for ISRO. Granted, the C37 launch was awe-inspiring in its numbers and lent itself well to chest-thumping celebrations about how awesome ISRO is. But the words that many media outlets reserve for ISRO and its feats often give the impression that they believe the organisation is actually free from any blame, stain or fault. This will not do.

At the same time, this isn’t to say ISRO is doing badly. By all means, it did a wonderful job of the C37 mission, which was a unique example of how launch complexities need not be confined to the flight path or complex manoeuvres but can also include logistics, mission planning, payload integration, etc. The PSLV also has almost three dozen consecutive successes (in operational missions); the advanced CE20 cryogenic engine is almost ready after over 15 years of development; and the Indian space programme has launched an interplanetary probe and a space telescope, explored the moon, lifted over 200 satellites from 19 countries, and is planning advanced scientific missions to Mars and Venus.

But on the flipside, efforts to establish the significance of these accomplishments have increasingly led analysts in the media to compare ISRO’s launch costs with that of Roscosmos, Arianespace and SpaceX. They launch the Proton, Ariane 5 and Falcon 9 rockets, respectively. Specifically, many analysts compare launch costs of the PSLV – and not the GSLV Mk-III, whose first flight is due this year – with these rockets.

There are two problems here. First: The PSLV is a low-lift launch vehicle that can’t deploy more than 1,400 kg of payload to the geostationary transfer orbit (GTO, 35,786 km above sea level). In contrast, Proton can carry 6,300 kg; Ariane 5, 10,500 kg; and Falcon 9, 8,300 kg – all to the GTO. Second: It is often cited that it costs ISRO $15 million to launch the PSLV and that it costs SpaceX around $62 million to launch a Falcon 9. Notwithstanding the first point: these numbers do not stand for what it costs to purchase a kilogram onboard these launchers. And in ISRO’s case, no one knows these numbers anyway, so claiming that PSLV is a “low-cost launcher” would be premature.

A New Indian Express editorial penned in the wake of the C37 launch stayed clear of these misconceptions. However, it teetered on the brink of a different problem at its close:

ISRO is now the preferred agency for launching small satellites, thanks to its tried and tested PSLV. But the big money is in the heavy payloads. And, heavier satellites require the Geosynchronous Satellite Launch Vehicle (GSLV). ISRO has the ambition and the ability to turn GSLV into its next warhorse.

This casting of the GSLV, presumably the Mk-III, as a super-soldier in the space-war arena – if that’s what it really is – could be misguided. Unlike SpaceX or Arianespace, but much like Roscosmos, ISRO is a state-backed space agency. It has a mandate from the Department of Space to be India’s primary launch-services provider and fulfil the needs of both private entities as well as the government, but government first, at least since that is how policies are currently oriented. This means the GSLV Mk-III has been developed keeping in mind the satellites India currently needs, or at least needs to launch without ISRO having to depend on foreign rockets.

A representative example is the GSAT satellite series, where each satellite weighs between three and four tonnes. Correspondingly, the Mk-III can lift up to 4,000 kg to the GTO. In the same vein, it is being developed according to what allocations it receives from the government as well as what priorities it can afford to set (for example: the prime minister recently asked ISRO to build a SAARC satellite, which the organisation must set time aside for). As it happens, even speculation about what the planned Reusable Launch Vehicle – expected to be ready around 2030 – will be used for has been centred around how it can improve India’s prospects in space. As M. Annadurai, the director of the ISRO Satellite Centre, Bengaluru, told Frontline magazine in June 2016:

From the overall launch vehicle point of view, now our efforts will be to match the satellites to this new RLV capability. RLV possibly can be used for, say, four-tonne satellites. Even for communication satellites, the present scenario of DTH and other things call for higher power, and because the overall mass of the satellites has gone up, it is still beyond the capability of our present launch vehicles. It is possible to have a configuration called all EPS – all electric propulsion system – even with four-tonne satellites, when with RLVs we can realise 6-6.5 tonne in LEO because satellites need not carry any fuel. Also, in case manned mission comes, RLV will be useful. Technologically, RLV will enable manned missions.

On the other hand, Arianespace and SpaceX are both almost exclusively market-driven, SpaceX less so because it was set up with the ostensible goal of colonising Mars. Nonetheless, en route to building the Falcon Heavy, the company has built a workhorse of its own in the Falcon 9. And either way, together with Arianespace, it has carved out a sizeable chunk of the satellite-launching market. For example, the heavier telecom-satellite launch contracts in 2015 were by:

Thus, though Antrix is tasked with maximising profits, ISRO shouldn’t bank on the commercial satellites market because its mix of priorities is more diverse than those of SpaceX or Arianespace. In other words, the point isn’t to belittle ISRO’s launchers but to state that such comparisons might just be pointless because it is a case of apples and oranges.

The PSLV is an extension of ISRO’s ASLV programme (strap-ons for the former’s stage were derived from the latter). U.R. Rao writes about the PSLV’s origins in his book, India’s Rise as a Space Power, thus: “[It] was configured as an operational launch vehicle for launching 1,000 kg class of IRS remote sensing satellites into a polar Sun-synchronous orbit at an altitude of about 1,000 km from SHAR and a nominal azimuth of 140º” (p. 167). The official legacy of these specifications dates at least as far back as December 23, 1977, when Brahm Prakash, then director of the Vikram Sarabhai Space Centre (Thiruvananthapuram), constituted the ‘Committee on System Studies of Vehicle Configuration Options for SLV Variants’. (Slightly farther back if you factor in the work of M.S.R. Dev and A.P.J. Abdul Kalam.)

The GSLV, similarly, has been built to handle satellites like INSAT and GSAT – not to compete with the Ariane 5/6 or Falcon 9. As P.V. Manoranjan Rao and P. Radhakrishnan wrote in A Brief History of Rocketry in ISRO: “Kalpana, a meteorological satellite of ISRO, is an example. It weighed only 1,060 kg. However, we depended on foreign rockets to launch our INSATs. In order to fill this gap, the GSLV was conceived. The GSLV project obtained government approval in November 1990. The launch vehicle was to have the capability of injecting a 2,500-kg-class satellite into a GTO having perigee and apogee of 180km and 36,000 km, respectively” (p. 171).

Finally, while SpaceX and Arianespace profit from taking a larger bite out of the $300-billion satellite-launching industry, from government contracts and private investors, the single-largest source of income for ISRO, as those critiquing it have to be mindful, is the Indian government itself. Indeed, if it needs to augment this income (~Rs 9,000 crore, or $1.3 billion, in the 2017 Union budget) in an appreciable way – i.e. if it needs to increase to its market share from its current 0.6% – then the problems stretch far beyond the launchers alone and into matters of infrastructure, policy and, eventually, funding.

For example, as NewSpace enthusiast Narayan Prasad has written, “In the present model of engaging the local space industry in India, there is no extensive commercial exploitation of space infrastructure due to lack of deregulation and privatisation. Therefore, there is heavy reliance on the government for either space infrastructure to host services or orders to manufacture parts and systems.” An important, though not the only, step in alleviating this situation was ISRO’s decision to outsource PSLV launches from 2020 to a consortium of private industries led by Antrix.

For another, on the policymaking front itself, lawyer Ashok G.V. has argued, “The discretion vested with the committees and bodies under the [satellite communication] norms don’t come with deadlines prescribed for authorising [private parties to] launch satellite systems, nor is there an explicit policy framework for the exercise of such discretion – which potentially violates Article 14 of the Constitution.” And so forth.

Note: This article was corrected on February 21, 2017, to state that the PSLV’s first stage is not identical to the ASLV’s, only that PS1’s strap-on motors were derived from the ASLV’s first stage. The mistake is regretted.