The rover's journey was to begin with a launch onboard a PSLV rocket, and hopefully end by winning the Google Lunar X-Prize's $20 million reward. TeamIndus member Suranjan Mallick with a prototype of the lunar lander. Credit: TeamIndus 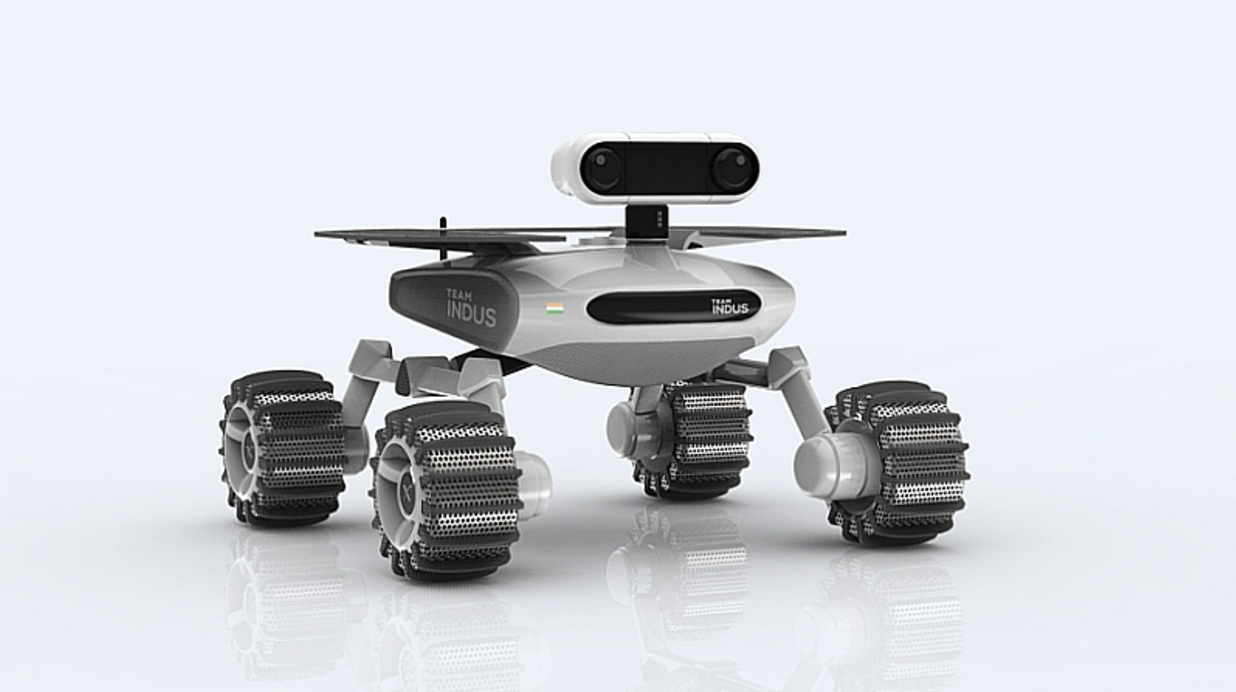 Antrix, the commercial arm of the Indian Space Research Organisation, has cancelled a contract it had with TeamIndus to launch India’s first private rover to the Moon’s surface, The Ken reported on January 9. As a result, TeamIndus will likely not be able to meet the March 31, 2018, deadline specified for the Google Lunar X-Prize (GLXP) and be forced to drop out.

While none of Antrix, TeamIndus and Hakuto have issued official statements, The Ken stated that it would be “virtually impossible for TeamIndus to secure another contract on any other rocket and launch before the deadline”.

According to the contract, a Polar Satellite Launch Vehicle (PSLV) would ferry two rovers – that of TeamIndus and another by Japan’s Team Hakuto – to an orbit around Earth. Once in orbit, a spacecraft carrying the rovers would break off and approach the lunar surface. After a hopefully landing gracefully, the rovers would exit the casing. To win the GLXP, each rover would then have travel 500 metres away from its landing spot and then beam high resolution images and videos of its surroundings to Earth. The prize carried a total purse of $30 million, and intended to encourage a “new space race” to the Moon.

The GLXP had extended deadlines in 2010, December 2014, May 2015 and August 2017. However, the prize’s administrators had said in October 2017 that they were not going to do so any further. It remains unclear if they will stick to their word.

There had been five contenders for the prize at the start of 2017: America’s Moon Express, Israel’s SpaceIL, India’s TeamIndus, Japan’s Team Hakuto and an international collaboration called Synergy Moon. With TeamIndus and Antrix have called off their deal, India’s first private lunar rover will have to wait to be realised. SpaceIL has also been faced with a funding crunch that could leave it out. Moon Express and Synergy Moon remain on track, planning to launch with with Rocket Lab and Interorbital Systems respectively.

Although TeamIndus may appear to have failed at winning the GLXP, its primary mission as it were, its participation allowed it to set up shop, explore opportunities for private spaceflight in India and set the stage for others like it to follow in the future. Similarly, the competition induced 15 other teams around the world to start solving a difficult problem, in the process setting them on the path of other, more long-term goals. For example, Moon Express eventually plans to mine rare-earth elements on the satellite. Astrobotic, which fell out of contention before 2017, plans to launch its Peregrine lander on the natural satellite in late 2019. The Peregrine is expected to be able to carry 265 kg of payloads and already has 11 deals from six countries.

A thorn in the contenders’ sides was a limit imposed by the GLXP: that no team could be funded to more than 10% by a governmental agency. This is in stark contrast to the fact that the bulk of modern space innovation has been funded by grants and subsidies from governments – from the ambitious QUESS programme to SpaceX’s reusable first stages for its Falcon 9 rocket. As a result, TeamIndus was forced to raise Rs 450 crore from private investors. As of October 2017, it had raised and spent Rs 225 crore. There were also reports last year that the startup was struggling to pay salaries and procure hardware on time for critical tests, leading many to leave it.