Why Is Pakistan So Worried By Ex-Diplomat Husain Haqqani's Column?

The things Husain Haqqani has written about were not previously unknown, but bring further embarrassment to the Pakistan security establishment. 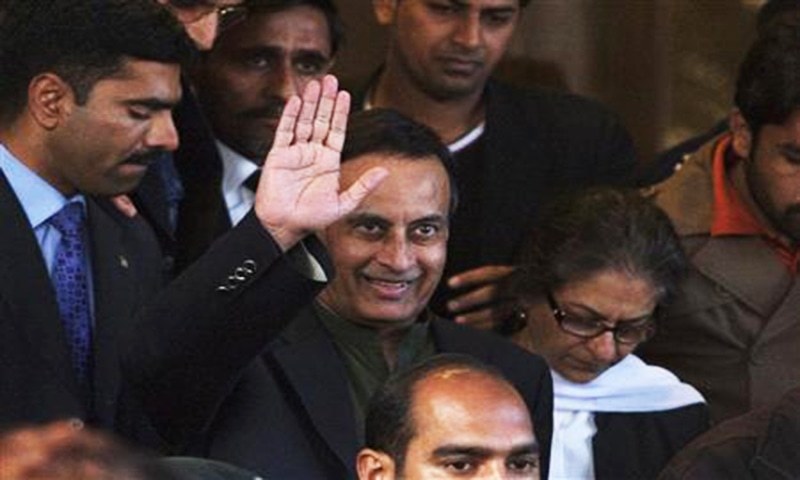 Former Pakistan ambassador to the US Hussain Haqqani. Credit: Reuters/Files

It was amateur hour in Pakistan’s parliament a day ago when a slew of parliamentarians from the treasury and opposition parties made speeches in both the houses of parliament condemning the former ambassador to the US Husain Haqqani for his recent column in the Washington Post in which he discussed his government’s cooperation with US officials leading up to the elimination of Osama bin Laden. Irony was lost on Syed Khurshid Shah, leader of the opposition in the national assembly, who said: “We should not give importance to people who commit treason while sitting abroad, despite being sons of the soil”. Even more ironic is that although the Pakistani parliament had formed a judicial commission to investigate the bin Laden fiasco after the al Qaeda ringleader was found and liquidated by US special forces near the premier military academy in Abbottabad, the report is yet to be released even after six years.

Scores of television talk shows have hurled all manners of accusations at the former ambassador, from saying he was throwing the Pakistan Peoples Party (PPP) under the bus, to he trying to portray that the Americans did not trust the Pakistan army and that he has disclosed official secrets to undermine Pakistan. One television anchor went as far as saying that Haqqani was looking for a job in the Donald Trump administration, without realising that a Pakistani citizen cannot hold a high-level position in the US government. None of these allegations hold water. In 2011, when Haqqani had been accused of masterminding a memo to US officials to help Pakistani civilians overcome the military’s hegemony in domestic politics, he had come under tremendous pressure to turn against his party and specifically against former President Asif Ali Zardari. Haqqani fought the cooked-up charge and opted to resign as the ambassador and become a political pariah rather than speak against Zardari. He has since lived in the US in quasi-exile.

As to the secret nature of collaboration between the PPP and the US, there was nothing secretive about it. The late Benazir Bhutto herself lobbied in Washington D.C. and indeed did so through Haqqani, among others. When the PPP came to power, it worked closely, again through Haqqani, with the US government to get the Kerry-Lugar-Berman Act, which ensured historic amount of civilian aid to Pakistan while promising punitive measure if the Pakistani army attempted to derail democracy.

The question of former officials writing opinion or memoirs is even more absurd. From US presidents and CIA directors to former diplomats, everyone has written about and commented on their experiences. In Pakistan, Benazir, Pervez Musharraf and Sartaj Aziz have written memoirs with details on state affairs that some might frown upon. For example, Aziz, an advisor to the current Pakistani prime minister, was one of the first high-level officials to write in his book Between Dreams and Realities: Some Milestones in Pakistan’s History that the regular Pakistani army crossed the Line of Control during the Kargil War. Aziz, who was a foreign minister at the time, also wrote that Musharraf had kept him and the civilian government in the dark about the details of the Kargil misadventure and the magnitude of the regular military’s direct involvement in the battle. Haqqani’s op-ed can’t be more damaging than the mea culpa extending over the last two chapters of Aziz’s memoir.

That the US does not trust the Pakistani army is no revelation. Discussing the bin Laden raid in his book Worthy Fights: A Memoir of Leadership in War and Peace, former CIA director Leon Panetta has noted that then President Barack Obama “did not believe we could afford to share this intelligence with any other nation, including Pakistan. There was too much danger of leakage from that country’s intelligence services … There was simply too much risk at stake to trust an untrustworthy partner”.

As for the Pakistani civilians not trusting their military, there is a long history there. In his time, Prime Minister Zulfikar Ali Bhutto fired his army chief General Gul Hasan Khan in a comically secretive manoeuvre. Prime Minister Nawaz Sharif tried to fire Musharraf while the latter was halfway between Colombo and Karachi, a move which led to Sharif’s ouster. Pakistan’s collaboration with the US is as old the country itself. In his book The United States and Pakistan 1947-2000: Disenchanted Allies, Dennis Kux notes: “(General) Ayub stormed into (secretary of state Henry) Byroade’s office” saying, “For Christ’s sake, I did not come here to look at barracks. Our army can be your army if you want us. But let us make a decision.” More recently, Musharraf gave the CIA and the US military bases in Pakistan tacit permission to run drone warfare. Curiously, it is only when a civilian dispensation collaborates with the US that it becomes an issue for some.

The bottom line is that a former diplomat working in the academia/think tank world and writing on the issues he has firsthand knowledge of, is the norm in D.C. and not an aberration. What Haqqani has written in his column was neither new nor exactly earth-shattering. The section over which Pakistani politicians and media got annoyed was where he states that his relationship with the US officials “eventually enabled the United States to discover and eliminate bin Laden without depending on Pakistan’s intelligence service or military, which were suspected of sympathy toward Islamist militants. Friends I made from the Obama campaign were able to ask, three years later, as National Security Council officials, for help in stationing U.S. Special Operations and intelligence personnel on the ground in Pakistan. I brought the request directly to Pakistan’s civilian leaders, who approved. Although the United States kept us officially out of the loop about the operation, these locally stationed Americans proved invaluable when Obama decided to send in Navy SEAL Team 6 without notifying Pakistan.” All of this is rather well-known. In fact, Haqqani’s former and Khurshid Shah’s current boss, Zardari wrote in the Washington Post the day after bin Laden’s assassination, “Although the events of Sunday were not a joint operation, a decade of cooperation and partnership between the United States and Pakistan led up to the elimination of Osama bin Laden as a continuing threat to the civilized world”. Haqqani’s own statement in the Abbottabad Commission had noted that he was authorised some discretion by the then Prime Minister Yousaf Raza Gilani to issue visas to the US personnel, which were also duly vetted by Pakistan’s security agencies, including the defence attaché at the embassy in Washington, D.C.

What exactly is it then that got many Pakistanis all riled up half a decade after bin Laden’s assassination? It seems to be a multitude of factors.

There is a level of embarrassment in the Pakistani security establishment for getting caught with their pants down. After all, it was Musharraf who kept trying to send the Americans on a wild goose chase, claiming that bin Laden was either dead or in Afghanistan. An even bigger humiliation was that the Americans flew in, probably warned the Pakistani military to stand down, nailed their man and flew out without the Pakistani generals being able to even lift a finger, all their nuclear power bravado notwithstanding. There is also a palpable unease among Pakistanis of various shades – from rightwing religious folks, to military and pro-military crowd, to middle-of-the-road liberals, to the former Marxist-leftists – about the Pakistani alliance with the US in the ‘War on Terror’. Pakistan, a reluctant American ally, has not been able to reconcile to that alliance. This ambivalence has been at the heart of Pakistani double game with the US, where it has protected the Taliban and other assorted jihadists while also nominally working with the US to hunt some of them down. If the Pakistani and the US interests were allied and bin Laden was the common enemy, there may not be many questions about the desired outcome – elimination of the al Qaeda leader. Haqqani’s brief as the ambassador was to build bridges with the US, which he did with finesse. However, the persistent questioning of the American raid and vilification of those who fostered a working relationship between two states for a joint declared goal, makes the Pakistani leadership and elements of intelligentsia and media come out on the side of bin Laden by default. While the Pakistani leadership never fails to lament that the unilateral US action violated Pakistan’s sovereignty, it has not bothered to find out how bin Laden ended up next door to the complex which almost every army officer graduates from.

Pakistani parliament, while quick to castigate Haqqani, has not yet mustered the courage to engage with the Abbottabad Commission report. It took for a foreign media outlet, Al Jazeera, to leak the report, which calls the bin Laden raid fiasco “greatest humiliation visited upon Pakistan since its break up in 1971”. Quite embarrassingly, Pakistan had not formally released the Hamood-ur Rehman Commission report, which had investigated the events of 1971, until it was leaked by the media in India. The Abbottabad Commission report, though not perfect by any means, had painted an abysmal picture of everyone from the civilian leadership, the military and the ISI to police and law enforcement. Reading the report, Pakistan literally comes across as a banana republic where civilians were indifferent and deferred everything to the military. And when faced with the dire option of choosing between dereliction of duty and active collusion with bin Laden, the all-powerful military pleaded negligence and incompetence.

Instead of finding an easy scapegoat in a former ambassador’s opinion piece, the Pakistani leadership would be well advised to introspect and, for starters, make the Abbottabad Commission report public. The Pakistani media going hoarse over Haqqani would do well to hold the Islamabad government’s feet to the fire and get the report formally published.