Why Cross-LoC Trade Must Resume After the COVID-19 Crisis

The revival of this trade, though limited in scope and localised in action, can instil some economic activity in the border areas.

World trade is expected to fall by between 13% and 32% in 2020 as the COVID-19 pandemic disrupts normal economic activity and life, if the latest press release issued by the World Trade Organisation (WTO) is to be believed. The ongoing crisis does not seem to end anytime soon as various countries, including India, continue to remain in lockdown. The slump in international trade, though inviting comparisons to the global financial crisis of 2008, is more unpredictable given the nature of the crisis and need for social distancing – restricting transport and travel. This has led to demand and supply disruptions, impacting the value chains across the globe.

As countries will slowly emerge out of this, new global value chains will form, that would be located in countries that leapfrog into re-orienting their existing economic and trade structures. India’s participation in global value chains has been limited. As we focus on reinstating our trade with the world, reviving our localised and internal trade/economic structures will be just as critical.

Amidst all the political turmoil, cross-Line of Control (LoC) trade in Jammu and Kashmir (J&K) makes a case for such localised supply chains. A year before, on April 18, 2019, Ministry of Home Affairs, Government of India, announced the suspension of cross-LoC trade via its two trade facilitation centres – Salamabad and Chakan-da-Bagh – in Jammu and Kashmir, citing concerns about misuse by Pakistan-based elements, involving illegal inflows of weapons, narcotics and currency into India.

Cross-LoC trade was initiated in October 2008, as a Confidence Building Measure between India and Pakistan, allowing people on the two sides of LoC to trade 21 products on a barter system, for four days a week, with about 70 trucks exchanged every day. Between 2008 and 2019, INR 7,500 crore worth of trade was recorded across the LoC, generating more than 1,70,000 job days, and freight revenue of about INR 66 crore for transporters in Jammu and Kashmir. While these numbers may be only a minuscule part of India’s or J&K’s overall economy, it had many local traders, businesses, transporters and labourers surviving on it. Amid questions over its economic viability, sustainability and national security implications, cross-LoC trade survived more than a decade, until this trade was suspended in April 2019. 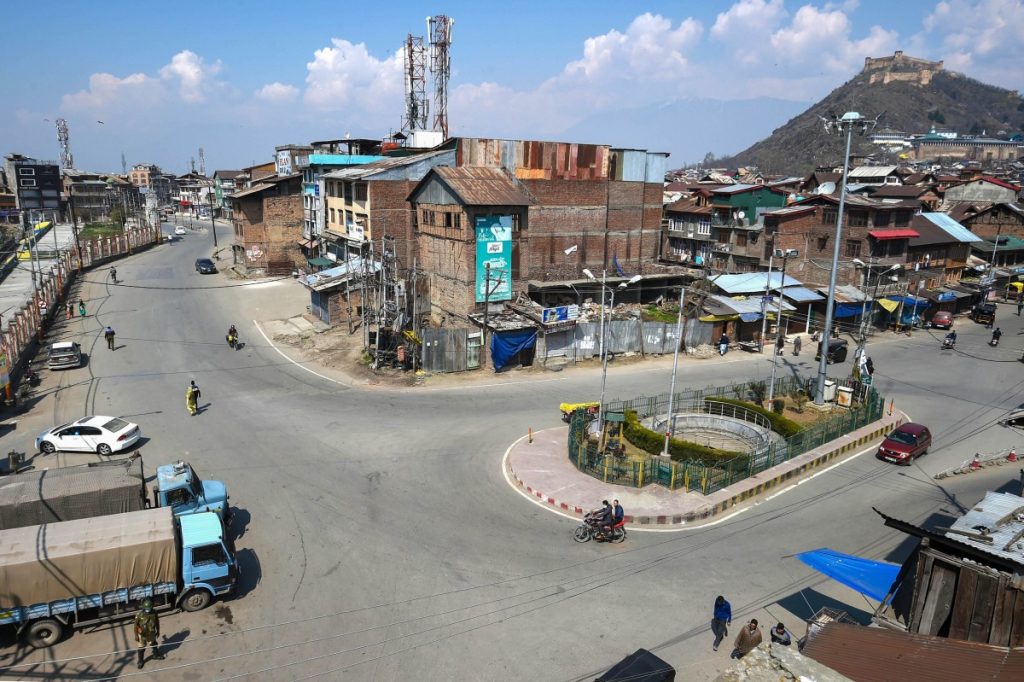 The trade ban rendered many stakeholders unemployed because they had few alternative business opportunities. As cross-LoC trade is a barter, the financial implications—including disturbed payment cycles—from not closing barter balances between traders on either side of the LoC made shifting to completely new business avenues difficult for these merchants. For those who began exploring alternate livelihoods, the present COVID-19 crisis made this shift impossible, like never before. Given the underlying conditions, the revival of this trade, though limited in scope and localised in action, can instil some economic activity in the border areas. A sizeable community of traders, businesses, transporters and labourers have benefitted from this trade and are invested in reviving it.

Not disregarding the sensitivity of the region, national security should remain at the forefront of any such decision making, which makes it crucial to address the concerns around transparency of this trade. A revised strategy will be needed to re-initiate cross-LoC trade, with modifications in trade operations including enhancing transparency in the standard operating procedure, invoicing, taxation norms, trader registration, clarifications on HS codes, and much needed shift to digitisation of barter management, all of which have been explained at length in our co-authored book Unilateral Decisions Bilateral Losses published in January 2020. Putting forth stronger and more transparent cross-LoC trade mechanisms can help respond to some of the economic standstill resulting from both the lockdowns – the Jammu & Kashmir lockdown as well as the nation-ide lockdown – at a much localised level.

A new world order will emerge after COVID-19. In the context of the post-pandemic response, the existing trade relations and supply chains are going to be realigned globally. As the coronavirus crisis has put globalisation into reverse, commentators have started talking about de-coupling of economies and focusing on the development of regional value chains with countries in the neighbourhood. Cross-LoC trade, if revived, can make for such a value chain – fitting in the post-COVID-19 market structures, catering to the local market of Jammu & Kashmir, and reviving the economic ecosystem created by this trade. Confronted with a deep moral dilemma between saving lives and saving livelihoods, governments across the world focus on controlling the pandemic as well as the economic loss. For the local economy and population of Jammu & Kashmir, it would be in their interest to revive the cross-LoC trade with revised Standard Operating Procedure, focusing on the security, transparency and best trading practices.

Afaq Hussain is director and Nikita Singla is associate director at Bureau of Research on Industry and Economic Fundamentals (BRIEF), New Delhi. Views expressed are personal.