The first visit by a Chinese president to Nepal in 23 years comes amid concern over the US's Indo-Pacific strategy.

Kathmandu: As the Nepali festival of Dashain drew closer, around 1.5 million people, as of Friday morning, had already left the Kathmandu Valley to join their families in their hometowns to celebrate. People had thronged the market to purchase new clothes and goods for Dashain, and then the streets of the Kathmandu Valley gradually started to empty out as people left.

However, this was not the case for government officials and security personnel. Workers were busy repairing potholes in Kathmandu streets, while others were busy with the maintenance of traffic lights and painting road signs – all for Chinese President Xi Jinping’s forthcoming visit. Security officials are busy carving out a security strategy – they have been instructed to pre-empt any possible protests by members of the Tibetan community in Nepal during Xi’s visit.

Government officials, who usually go on a week-long furlough during Dashain, have been directed to either remain in the Kathmandu Valley or take only a short leave in light of the preparations for the Chinese president’s upcoming visit. Though authorities have not announced an official date, ministers and government officials have confirmed Xi’s visit.

The Chinese president is likely to fly to Kathmandu after his second informal summit with Prime Minister Narendra Modi in Mamallapuram near Chennai, India. As a part of Xi’s visit to Nepal, a series of teams from China are visiting Katmandu to make preparations.

On Wednesday, a Chinese plane landed at Nepal’s Tribhuvan International Airport for a test flight for Xi’s upcoming visit. For the past six months, Chinese ambassador to Nepal Hou Yanqi has been inspecting the repair of runways at Kathmandu’s airport.

Watch: Has China Weaned Nepal Away From India? 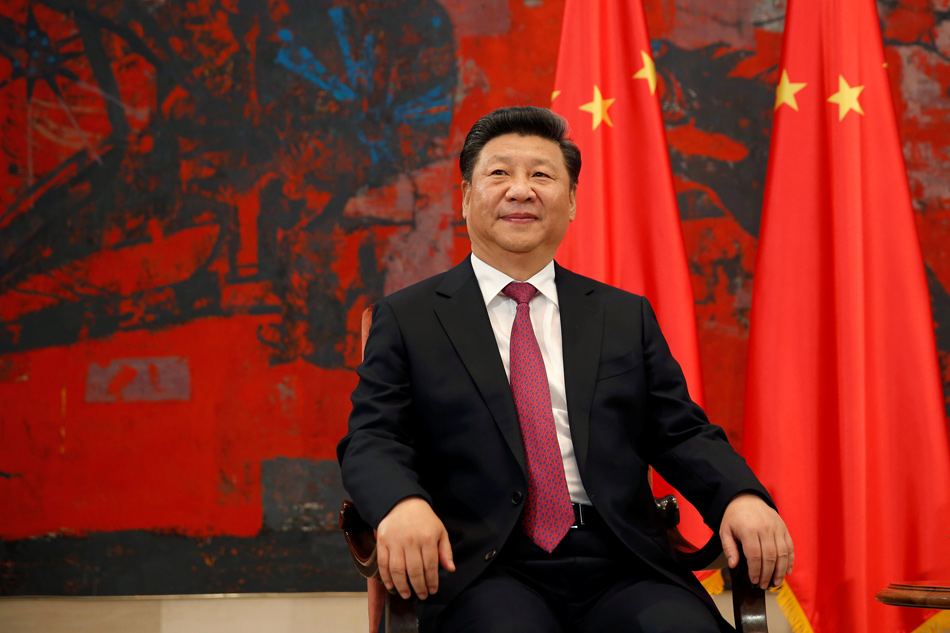 Before Xi’s expected visit, a series of discussions were held in Kathmandu about Xi Jinping’s political thought and the ideas of the ruling Nepal Communist Party. After a seminar between the Chinese Communist Party (CCP) and NCP, the two parties signed a Memorandum of Understanding (MoU).

Seminars were also held on the same topic. Addressing a seminar last week, Chinese ambassador Hou Yanqi said that China’s ideology had already been internationalised and that China was not exporting its ideology to other countries. The statement from the ambassador came after concerns were raised in political and diplomatic circles that Nepal’s ruling party was embracing Xi Jinping’s ideology

At the same time, China also reached out to the main opposition, the Nepali Congress, to build the impression that it is engaging with all parties. Two weeks ago, a team led by Nepali Congress leader Shekhar Koirala visited China and held consultations with Chinese officials. As a part of the preparations for Xi’ visit, Chinese foreign minister Wang Yi came on a three-day visit to Nepal on September 8 and held high-level consultations in Kathmandu.

This is the first time a Chinese president will visit Nepal in 23 years, after Jiang Zemin’s trip in 1996. Chinese Premier Wen Jiabao visited Nepal in 2012 when the country was embroiled in political turmoil.

Chinese President Xi Jinping’s visit comes at a time when China is concerned about the Indo-Pacific Strategy of the US and any possibility of Nepal’s potential accession to it.

“Nepal firmly adheres to the policy of non-alignment, disagrees with the so-called Indo-Pacific Strategy, and opposes any attempt to contain or thwart China’s development. Nepal has always believed that China’s development is an opportunity for Nepal, and is willing to learn China’s successful experience.”

A contest between the US’s Indo-Pacific Strategy and Chinas’ Belt and Road Initiative (BRI) is playing out in Nepal.

During Xi’s visit to Nepal, the two countries are expected to sign some projects under the BRI, including an agreement on a feasibility study of the proposed Kathmandu-Keyrung railway line and constructions. Nepal joined the China-led BRI in May 2017 after signing a Memorandum of Understanding (MoU) on the BRI’s framework.

In his first five-year tenure, Xi visited smaller South Asian countries like Bangladesh, Sri Lanka and the Maldives and signed some big projects under the BRI, but skipped Nepal. Xi’s visit to Nepal also comes at a time when there are mounting concerns in China regarding the growing military, economic and political influence of India and the US. China’s influence in Nepal increased significantly after India’s economic blockade of the country in 2015.