The Taliban Victory Has Not Put Pakistan's Nuclear Weapons in Danger

Speculation regarding Pakistan’s nuclear weapons falling into the hands of the Taliban must be dismissed as alarmist fiction. 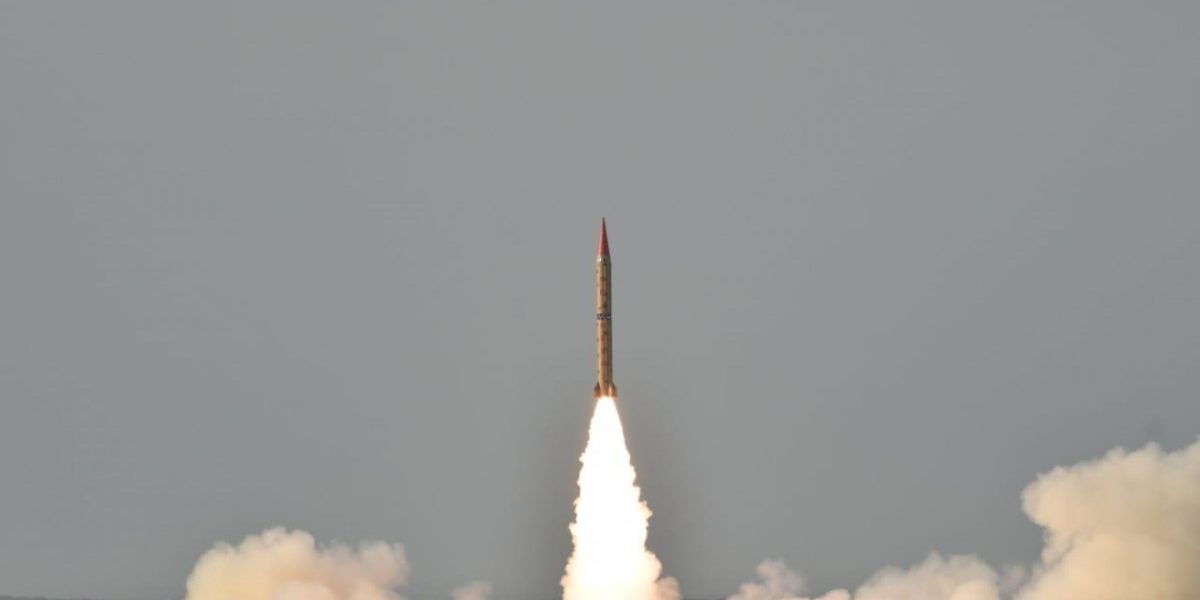 Shaheen II, a surface-to-surface ballistic missile which, according to Pakistan is capable of delivering conventional and nuclear weapons at a range of up to 1500 miles, during a training launch. May 23, 2019. Credit: Inter Services Public Relations (ISPR)/Handout via Reuters.

Recently, a group of 68 US lawmakers from the Senate and the House of Representatives urged President Joe Biden to ensure that the Taliban, which is now the de facto ruler of Afghanistan, do not destabilise Pakistan and acquire its nuclear weapons.

Courtesy of Hollywood, the fear that terrorists or criminals could somehow steal nuclear weapons has haunted people for a long time. Several James Bond films including Thunderball (1965), The Spy Who Loved Me (1977), Octopussy (1983), Never Say Never Again (1983), Tomorrow Never Dies (1997) and The World Is Not Enough (1999) were based on the theme of stolen or captured nuclear weapons.

Broken Arrow (1996), starring John Travolta, was also based on the theft of two nuclear bombs – ‘Broken arrow’ supposedly being the American code for “nuclear weapons missing!” Even Bollywood made December 16 (2002) on this theme.

However, Hollywood has no idea how nuclear weapons work or are used. Firstly, except for those few B-52 Stratofortress heavy bombers in the 1960s which were kept airborne 24×7 as the ultimate repository of nuclear weapons which could be launched even if everything on the ground was wiped off in a surprise Soviet first-strike, no nuclear weapons are ever kept armed on any aircraft or missile in a ready-to-fire mode. The fissile cores of even those bombs aboard the B-52s were supposed to be inserted in the bombs at the last moment (known as ‘in-flight insertion’).

Usually, from the point of view of safety, critical components of the bombs, like high explosives, detonators and firing sets, are kept isolated. Thus, even if you steal a nuclear bomb, you cannot make it work.

The paranoia created by Hollywood has permeated the popular imagination too. In April, 2009, then American Secretary of State Hillary Clinton had spoken of the possibility of Islamist militants taking over Pakistan and its nuclear weapons. Not to be left behind, Bruce Riedel, a former CIA officer, also wrote an essay titled “Armageddon in Islamabad”.

The general ignorance regarding anything nuclear is such that in 2012, Bill Clinton had gone on to surmise on CNN, “It wouldn’t be that much trouble to get a Girl Scout cookie’s worth of fissile material, which, if put in the same fertiliser bomb Timothy McVeigh used in Oklahoma City, is enough to take out 20-25% of Washington, D.C. Just that little bit.”

Clinton is not a nuclear scientist and he had no idea of the problems inherent in making ‘Radiological Dispersal Devices’ (RDD or ‘dirty bombs’) or their limitations. Making a RDD that destructive is a technical impossibility; they can, at best, kill only a few people.

In view of the great risks of accidental detonation, a whole, complex science of fool-proof safing, arming and fusing of nuclear weapons has been developed.

The arming system of a nuclear weapon is that portion which originates the signals required to arm the bomb – for example, they would permit arming only when the bomb is subjected to a specific acceleration for a specified period of time when falling towards earth.

The fusing system (usually consisting of radars, timers, impact crystals, antennae, and baro-sensing elements) is that portion of the weapon which originates the signal which triggers the firing system. 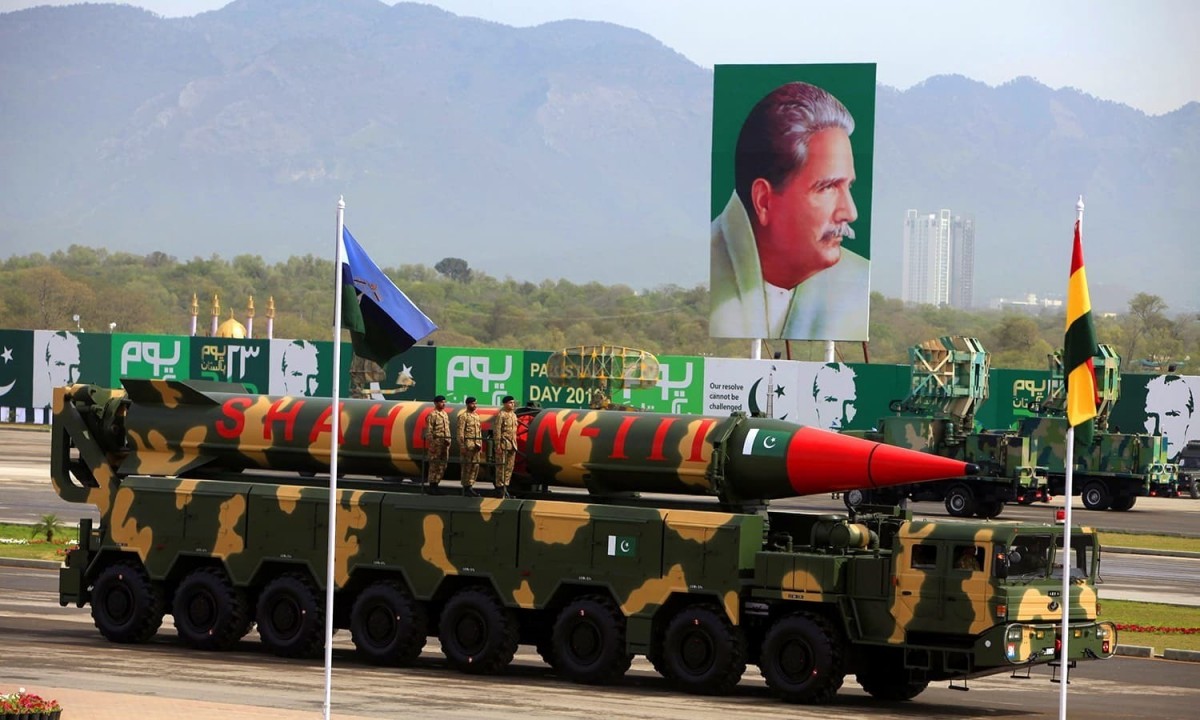 Safing or disarming systems isolate power sources in a weapon from the firing components.

The safing, arming, and fusing sub-systems of the warheads of ballistic missiles are also designed to ‘sense’ particular points in the re-entry vehicle (RV) trajectory and only then take steps to arm, fuse and finally fire the warhead.

This means that, even if someone steals or commandeers a missile warhead, they cannot make it explode; it is designed to fire only when mounted on a missile which takes its full, proper course in flight. It is rather unrealistic to expect that terrorists would be able to take control of the entire missile complex and fire the missiles at will.

Additionally, there are elaborate security systems, such as launching codes and Permissive Action Link (PAL) devices that prevent unauthorised persons from launching nuclear weapons, even if they have them in their possession. A Permissive Action Link is, essentially, an electronic combination lock that prevents the arming of the weapon unless the correct codes are inserted into it. Two different codes must be inserted simultaneously or close together. Moreover, the codes are usually changed on a regular schedule. It thus precludes both accidental and unauthorised detonation.

By locking out critical electrical paths, the PAL guarantees that a nuclear warhead will not explode without the proper authority. They are built into the weapon casings and are not removable without disassembly of the entire bomb or warhead. Many nuclear weapons are ‘booby-trapped’ to destroy critical internal components if the casing is disassembled. This means that even if some James Bond-type person makes an attempt, the device would automatically lockout or self-destruct after a limited number of attempts.

Lawrence Livermore National Laboratory has developed an even more advanced device called Intrinsic Use Control (IUC) which uses the radiation of the bomb to protect it from tampering. Barring the authorised person, even the engineers who created the bomb can’t compromise it.

Also read: Full Text: Rana Banerji on How Pakistan Propped Up, Funded and Sustained the Taliban

Pakistan has a proper command and control system for its nukes

In the context of growing anti-Americanism in the Pakistani armed forces, it has been speculated, off-and-on since 2010 that, to protect the Pakistani nukes from terrorists, the US must ‘take control’ of the weapons. We also hear of the Pentagon’s secret plans to secure Pakistan’s nuclear arsenal.

Highly exciting stuff though it is, we must keep in mind that, militarily it is next to impossible. There is a world of difference between a raid on an undefended house containing nothing but sleeping people and hardly a rifle amongst them to protect themselves (such as the one which killed Osama bin Laden) and a raid on highly-guarded nuclear facilities and storage complexes which are the most closely-guarded secrets of any nuclear power.

There is simply no reason to even suspect that Pakistan’s National Command Authority (NCA) is so incompetent that, in spite of having developed some 165 nuclear weapons – which is more than India has – they would not have the above-mentioned safety and security systems in place.

Pakistan’s NCA, chaired by its prime minister, was created in 2000 by the National Security Council. Its members consist of the foreign, interior, defence, defence production and finance ministers; the three service chiefs; the chairman of the Joint Chiefs of Staff Committee and the Directors Generals of the ISI and the Strategic Planning Division (SPD). 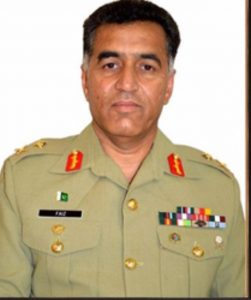 The NCA is the nation’s highest decision-making authority on nuclear and missile policy issues and oversees all nuclear and missile programs. Headed by a three-star general, the SPD, acting as the secretariat of the NCA, executes and administers NCA policy. A security wing of the SPD called the ‘SPD Force’ is responsible for protection of its tactical and strategic nuclear weapons stockpile and its strategic assets.

Pakistan has established the PCENS (Pakistan’s Centre of Excellence for Nuclear Security) to strengthen its nuclear security regime and bring it at par with international best practices. It focuses on physical protection and personal reliability as well as the safety and security of nuclear and radiological materials and facilities.

In fact, even for their nuclear tests in 1998, Rai Muhammad Saleh Azam had reported in his oft-quoted and most detailed and accurate account, that the nuclear devices were flown in a semi-knocked down (SKD) sub-assembly form on two flights of the PAF C-130 Hercules aircraft. The F-16 pilots escorting the C-130s had been given orders that, in the ‘unlikely event’ of the C-130 being hijacked or flown outside of Pakistani airspace, they were to shoot down the aircraft before it left Pakistani skies.

If they could take that many precautions for their test devices, it is reasonable to expect them to have state-of-the-art safety systems for their weaponised bombs and missile warheads also.

By all logic, a country that has developed 165 nuclear bombs/warheads must have certainly developed state-of-the-art safing, arming and fusing, since the technical sophistication required for doing the former is far higher.

A November 2007 report in the New York Times by David E. Sanger and William J. Broad had claimed that, since the 9/11 attacks, the Bush administration had spent almost $100 million on a highly classified program to help Pakistan secure its nuclear arsenal. Since it is top secret, further details are not available in the public domain.

Even if Pakistan is rocked by civil unrest, its nukes will remain safe

Terrorist strikes are one thing, a terrorist takeover is quite another. The mere fact that there have been terrorist attacks on the campuses of the armed forces in Pakistan (such as the attack on PNS Mehran, the headquarters of the Pakistan Navy’s Naval Air Arm) does not mean that terrorists can take over Pakistani nukes.

Dr. R. Rajaraman, emeritus professor of theoretical physics at Jawaharlal Nehru University and co-chair of the International Panel on Fissile Materials, also maintains that terrorist attacks at the gates of some military bases are a far cry from penetrating the rings of security that Pakistan must undoubtedly have to guard its weapons.

Theoretically, terrorists can create disturbances in the country with suitably planned terrorist attacks, which could cause great consternation amongst the people and lead to civil unrest. However, the security agencies of the nation are expected to hold fast. There may be demonstrations, strikes, blockades, agitations, police firings, casualties, etc. However, none of these will have any bearing on the safety of their nukes. Destabilise them they may, nuclear weapons they cannot touch.

Realising this, another hypothesis has been floated that many senior officers in the Pakistani army are secretly in league with the terrorists and might stage a coup, take control of some of the nuclear assets or even divert a warhead to the terrorists. This is theoretically possible but has nothing to do with the Taliban victory.

Moreover, one must keep in mind that the entire process of safing, arming and fusing nuclear weapons is not in one man’s hand. For example, there is a standard practice of the Two-Man Rule with respect to nuclear weapons. There is no reason to believe that the authority to launch even a low-yield Tactical Nuclear Weapon (TNW) would ever rest with local commanders.

It is outrageous to think that the Pakistanis are so irresponsible that a Lieutenant General, Major General, Brigadier or Colonel would be able to launch nuclear weapons single-handedly. Speculation regarding Pakistan’s nuclear weapons falling into the hands of the Taliban must be dismissed as alarmist fiction.

Dr. N.C. Asthana, a former DGP, is a nuclear physicist by training. Of his 49 books, 10 are on military science, defence, strategic studies and science of weapons. Views are personal. He tweets @NcAsthana.