As the Taliban Takes Control, Queer Afghans Live In a State of Terror

While life was not easy under the former Afghan government, members of the LGBTQI+ community had relatively more freedom and formal support groups that helped them. That has changed now. 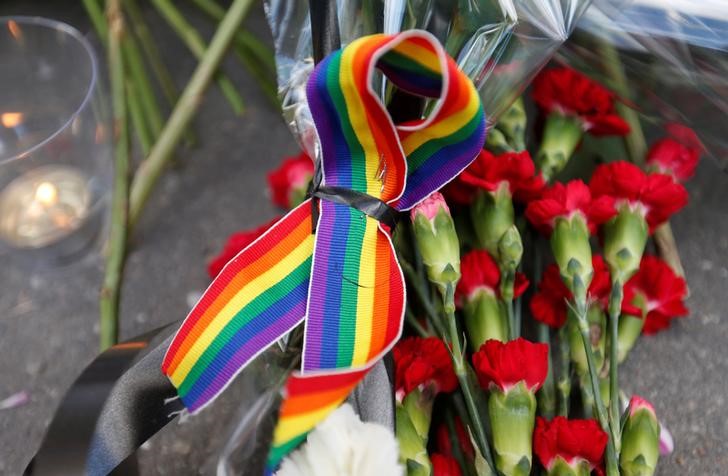 A rainbow ribbon, a candle and flowers for the victims of the shooting at a gay nightclub in Orlando are seen in front of the US Embassy in Moscow, Russia, June 13, 2016. Credit: Reuters/Maxim Zmeyev 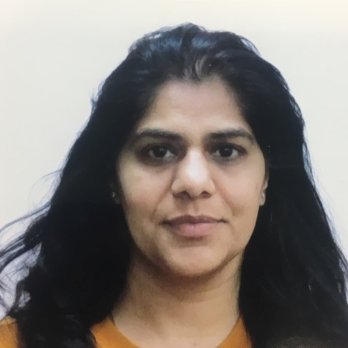 It’s 2 am in the morning in Kabul when my phone rings. “The taxi driver had a fight with me and dropped me on the main road.” I could hear gunshots, blazing sirens and someone shouting in the background “Boro, izazat nist (Move on, you’re not allowed).”

“I don’t know what I should do”, says Sheila, bursting into tears. Her voice cracks, but I sense she is still clinging on to hope for a better future. Sheila is trying to get to Kabul airport in the middle of the night, without success. A transgender woman, she informs me that she “has lost passion for life”.

Sheila is not alone. I spoke to several gay men and transgender women who also fear for their lives, and the risks and challenges that lie ahead after the withdrawal of the US troops from Afghanistan.

People from the LGBTQI+ community are one of the most vulnerable groups in Afghanistan. They didn’t have an easy life in the pre-Taliban era but there were underground organisations that supported LGBTQI+ networks in certain parts of the country. Members of the LGBTQI+ community were impacted not only by conflict but also by the stigma and discrimination they face at the hands of society.

The underground networks have shut since the Taliban takeover. LGBTQI+ communities and groups are gripped by fear so much that many of these organisations refused to speak even anonymously. They fear being killed by the Taliban, which will be justified by citing their strict interpretation of Sharia law. It is likely that those who don’t adhere to the Taliban’s rules and decrees will be publicly executed, similar to the ways in which ‘justice’ was carried out under the militant group’s regime in the late 90s. Taliban forces block the roads around the airport, while a woman with Burqa walks passes by, in Kabul, Afghanistan. August 27, 2021. Photo: Reuters

As the Taliban strengthens its control over their so-called Islamic Emirate of Afghanistan, its militants and soldiers have already been conducting door-to-door searches, confiscating people’s phones to look for ‘evidence’ of activities that the extremist group prohibits, giving them an excuse to implicate anyone who doesn’t agree with their version of Sharia Law.

As Sheila said, “Members of the LGBTQI+ communities have no place in Taliban society. In Syria, Daesh killed gay men. The same thing will happen to us. All these groups have the same ideology.”

Mostafa added that since the Taliban took cover, the outlook for the LGBTQI+ community has been grim. “The Taliban is an extremist group. For them, homosexuality is an unforgivable crime. We must be executed or thrown off a mountain. There is no guarantee of our security. We are very afraid.”

Even though it has become evident that members of minority groups are being persecuted by the Taliban, the international community has shown little or no interest in providing support. The group that I spoke to was prepared to take extreme risks to get out of the country. This involved getting whipped by the Taliban at checkpoints, threats of being shot, and chasing flights that were leaving the country.

Sheila said that she has been going to the airport every day. “I ran along with many people who were chasing a plane. The Americans fired gunshots in the air and used shells that made us cough and caused a burning sensation in our eyes.”

Chaotic scenes were witnessed at Kabul airport, which showed people hanging on to a plane even as it took off. Horrific visuals showed some of them falling off. Sheila says she “saw at least ten people who fell from planes. When I left the airport, Taliban fighters kicked and whipped my back. They said, ‘Why do you want to go to a Kafir country?’.”

A group of volunteers has been trying to help evacuate members of the LGBTQI+ community. However, the overall response to accept Afghans as refugees has been poor, evident from the protests outside the UNHCR office in New Delhi and the UK government suggesting that Afghans would be better off fleeing to the country’s border rather than await evacuation.

I spoke to Ahmad Qais Munhazim, a queer Afghan scholar-activist and assistant professor at Thomas Jefferson University, Philadelphia. Qais has helped evacuate members of the Afghan LGBTQI+ community. Frustrated by the Western countries who were overseeing the evacuation, Qais informed me:

“We have shared a list of LGBTQI+ Afghans to the governments of the US, UK, Canada and other countries. We wrote emails and filled out many forms, but they did not deliver.”

Qais says members of the LGBTQI+ community are feeling betrayed and abandoned. “They are terrified that the Taliban will find them and kill them. They are suffering psychologically and emotionally. I talk to them every day, trying to keep their hopes going – that’s all I can do until we get the international community to realise their mistakes and support these vulnerable groups.” Qais said that some of the individuals have received direct threats from the Taliban.

Members of the LGBTQI+ community face insurmountable barriers in a country where heterosexuality is often presented as the only acceptable sexual orientation. Queer citizens are regarded as deviants, especially by the Taliban. While the rights of women have rightly come under discussion, the same has not happened with queer people, who also face severe threats.

When I asked the LGBTQI+ group what their options are, they were unsure. The usual responses were “I don’t know”, “Hide”, “Escape”. Some even disclosed they were contemplating “suicide”. People from the local Afghan community demonstrate against the Taliban takeover of Afghanistan, at Syntagma square in Athens, Greece, August 28, 2021. Photo: Reuters/Costas Baltas

Though there have been some arguments that the “new” Taliban is more moderate, several signs point to the fact that the group has not changed. Even during the peace deal negotiations, the Taliban was blamed for targeted and random killings, leading to the deaths of civilians, newborn children, high-profile female activists, journalists and politicians. This suggests that the group has not changed since the 1990s.

All signs indicate that the group, known for its religious fundamentalism, will punish anyone who goes against their version of Sharia law. In areas controlled by the Taliban during the Ashraf Ghani regime, one gay man says that a friend of his was captured and brought to a mosque, where he was killed and his body dismembered.

“My friend in Logar province was captured by Taliban and brought to a mosque. The Taliban cut his body parts. Even the family didn’t say anything because everyone was scared,” said Mostafa.

On August 15, as the Taliban entered the gates of Kabul, it was reported that another gay man’s body was dismembered. A clear demonstration of their power sending out a message about what lives would like  for queer Afghans under Taliban rule.

With Afghanistan falling in the hands of the Taliban, it is clear that the LGBTQI+ community feels terrified, and abandoned by the international community. The western governments are still in the process of forming policies for the ‘priority groups’ who will be given refugee status. It is not yet clear what the priority group will consist of. The western countries need to step up their game and adhere to the UN’s Leave No One Behind agenda and support the Afghan LGBTQI+ community.

The Western powers should order immediate evacuation of the LGBTQI+ groups in imminent danger of getting killed by the Taliban. In addition, international human rights’ groups and advocates of sexual freedom should intensify pressure on these governments to ensure that the Afghan LGBTQI+ community is not left to the mercy of the Taliban.

As Qias worries, “Worse will happen before the world wakes up.”

Note: All the names used in this article are pseudonyms to protect individual identities.

Dr. Ritu Mahendru has been working in Afghanistan for over a decade, promoting sexual and reproductive health rights of women and girls, and working with minorities, children, and Kuchi nomads. Ritu tweets as @ritumahendru.