Why a Taliban-Run Afghanistan Needs China for Its Development

The Taliban’s behaviour will have to be guided partly by geo-economics, BRI and the world's interest in rare earth elements. Speculation is afoot about whether the economic sustenance of Afghan society and the geo-economic imperatives in the region might temper the Taliban leadership’s behaviour this time around.

After all, they must evolve a short-term strategy to sustain the Afghan economy. This need for a long-term development approach may see China and its Belt and Road Initiative (BRI) playing a critical role. China’s BRI-related annual investments have averaged over $50 billion over six years ― mostly in energy and transport infrastructure ― focused on Pakistan and Central Asia, Vietnam, Indonesia and a dozen countries in Africa.

To this portfolio, China might seamlessly add Afghanistan if the Taliban meet conditions outlined by the Chinese representative at the emergency UNSC meeting last week. China said it was willing to work with an “open and inclusive Islamic government” in Afghanistan committed to neutralising terror outfits. The Taliban will need China very badly in place of America’s generous funding of its economy and if former Senior Colonel Zhou Bo of the PLA’s recent op-ed in the New York Times is any indication, the Chinese authorities are keen to fill the breach.

For this to happen, of course, the Taliban would need to provide basic services like food, shelter and fuel to its restive population. Afghanistan had a trade deficit of $5.7 billion in 2020. It has imports of over $6.5 billion and exports (mainly fruits and nuts) of close to $800 million. The World Bank puts the Afghan trade deficit at a whopping 30% of GDP, which cannot be sustained without foreign aid. It is like living with a permanent balance of payments crisis. Fuel constitutes nearly 33% of imports, and foreign funding is required just to sustain the energy security of citizens. The US has frozen all financing and cash flows from IMF loans are also suspended. Central bank reserves of over $8 billion are frozen.

So the immediate challenge for the Taliban is to meet the basic needs of its people. The insurgent organisation had a reported annual earnings of about $500 million from the opium trade, and it is now collecting additional toll taxes at border checkpoints. But this can’t bridge the gap. About 80% of the Afghan budget was funded by the US and other international donors. Who will fill this gap? This should be the Taliban’s biggest worry. Pakistan can’t help because its own economy is on crutches provided by the IMF and Saudi money. The Taliban would have to depend largely on China. This is the context in which it says it now wants an inclusive governing council and is talking to former president Hamid Karzai and others to participate. In the medium to longer term, they are bound to collaborate with China to receive the benefits of the Belt and Road Initiative (BRI) project.

Last year, in the midst of the pandemic, China launched 23 new manufacturing, IT and telecom projects in Pakistan and took a 40% stake in the Karachi Stock Exchange, reinforcing its enhanced commitment to BRI development in the region. For China, Afghanistan is pretty much a clean slate and it can shape development the way it wants.

Afghanistan has over $1 trillion worth of rare earth minerals used in electronics, telecommunications, defence, health care and space. This would be attractive for China, which already owns or processes 80% of the world’s rare earths. Afghanistan is also rich in traditional minerals like copper, gold, bauxite, chromium, lead and zinc. It could collaborate with China to monetise its immense mineral deposits. 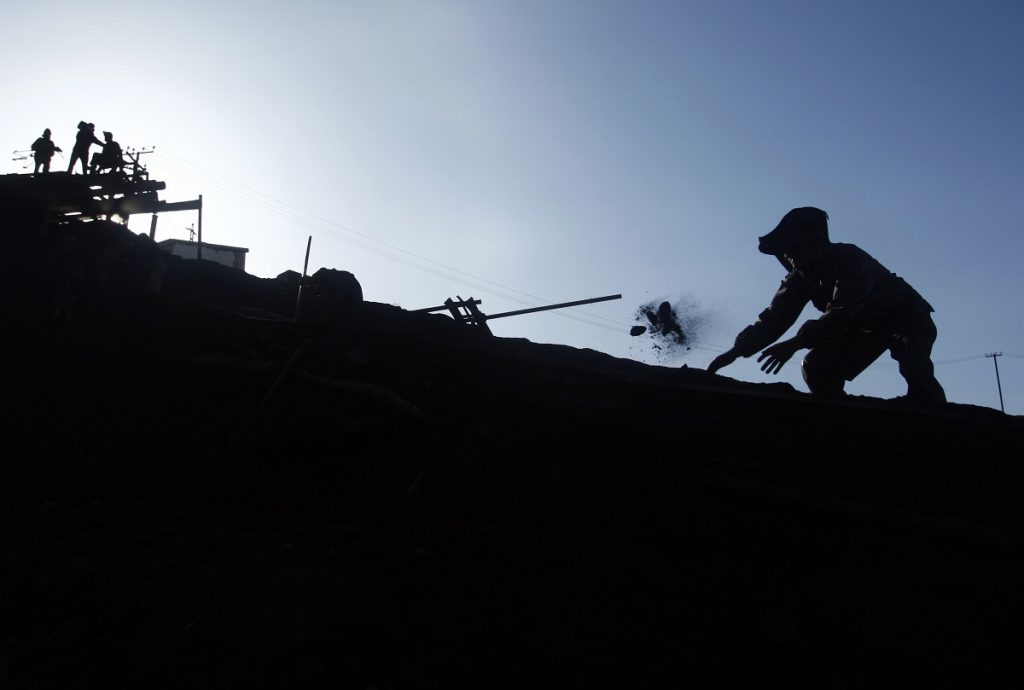 An Afghan miner sifts through coals at the Karkar coal mine in Pul-i-Kumri, about 170km north of Kabul, March 8, 2009. Photo: Reuters/Ahmad Masood/Files

This is the Taliban’s best bet, provided it adheres to the basic conditions of curbing terror and keeping the peace. China’s BRI project across the China-Pakistan Economic Corridor is provided security by the Pakistan military, though not always successfully. If the Taliban provides effective assurances to China, future BRI projects could prosper under relatively stable conditions. This would be a major geopolitical win for Beijing. “A new route through Kabul would also make India’s resistance to joining the Belt-and-Road less consequential,” writes Colonel Zhou.

India will face its own dilemma if this happens. India’s parallel attempt, to create an alternative route to Central Asia via Iran and Afghanistan, the Chabahar project, would require cooperation with China. It is not clear how India will respond to the inevitable intersection with China’s potential BRI network in Afghanistan.

David Loyn, former advisor to president Ashraf Ghani, says that India’s alternative connectivity to Central Asia via Afghanistan could be jeopardised unless India makes creative diplomatic moves. Because the Taliban’s behaviour in 2021 may be guided a lot more by geo-economics than we imagine.