The Time Is Ripe to Focus on India's Water Ties With China, Pakistan and Bhutan

The latest report of the Standing Committee on Water Resources highlights, in addition to domestic water management issues, the key roles played by these three countries. 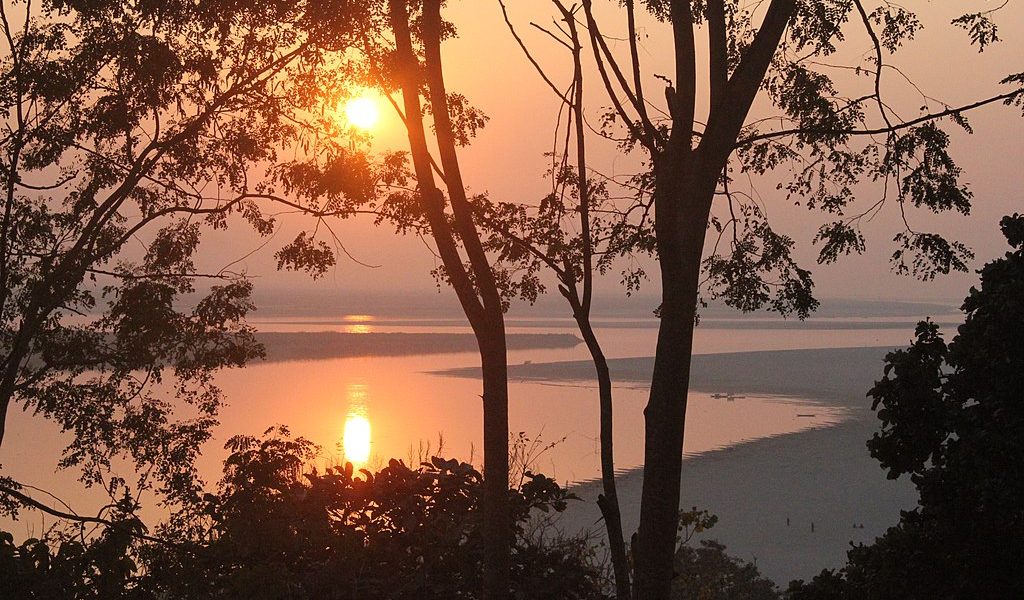 On August 5, 2021, the 12th report of the Standing Committee on Water Resources (2020-21) of the Ministry of Jal Shakti’s Department of Water Resources, River Development and Ganga Rejuvenation, was presented to the Lok Sabha and laid on the table of the Rajya Sabha.

Titled ‘Flood Management in the Country including International Water Treaties in the field of Water Resource Management with particular reference to Treaty/Agreement entered into with China, Pakistan And Bhutan’, the report, apart from looking into domestic water issues, such as flood control measures, deals with India’s water cooperation with Pakistan, China and Bhutan.

The Indus Waters Treaty (IWT) between India and Pakistan was signed in 1960 after eight years of negotiations. The treaty divided the shared waters between the two countries. Originally, the IWT was a basin management plan, but that could not be materialised. In his book Indus Divided: India, Pakistan and The River Basin Dispute, Daniel Haines observes that the most important issues between India and Pakistan  on the Indus were of sovereignty, which the two countries defined differently.

For India, sovereignty meant control over every drop of water that flows through its territory, while Pakistan saw sovereignty as lying on the principles of maintaining the status quo or “prior appropriation”. By that, Pakistan meant that, as it was already using Indus River System’s (IRS) water, any curtailment of the supply by India would be an attack on its sovereignty.

Like many treaties, the IWT required compromise. Hence, any statements made by Indian and Pakistani leaders on the “selling out” of  their respective water interests under the IWT, as Pakistani economist Jaweid Ishaque observes, are “frivolous”. Pakistan gave up around 29 MAF of water in the three eastern rivers to India but at that time, was receiving around 114 MAF from the three western rivers. Under the provisions of the IWT, hydroelectricity projects can be built by India on western rivers, subject to conditions under Annexure D.

Also read: Sixty Years of the Indus Waters Treaty and How It Survived Many a Fraught Moment

There is a Permanent Indus Commission to look at matters arising out of the IWT. To do their work in an appropriate way, the commissioners enjoy certain privileges and immunities as  accorded to representatives of the United Nations member states.

Notably, in recent years, due to an increase in population, accelerating climate change and unsustainable water management practices, the demand-supply gap of waters in the Indus basin has further widened. On this issue, the standing committee report observes that the IWT has stood the test of time, but present day issues such as climate change and global warming necessitate a  re-visit. The committee urged the Government of India to “take the necessary diplomatic measures to renegotiate the Indus Water Treaty with Pakistan”. Even the Pakistani senate  passed a resolution in 2016 asking the then government to “revisit” the IWT to secure the larger water interests of Pakistan.

However, given the bilateral relationships between India and Pakistan, re-negotiation of the IWT is hardly possible. The IWT was signed under a unique set of historical factors that are unlikely to be repeated.  Moreover, in recent years, water issues in India and Pakistan have become  highly “securitised” and there is growing “water nationalism” in both countries that undermines any prospect of cooperation. Any thought to renegotiate the IWT first requires improvements in the India-Pakistan relationship, which needs systematic engagement and negotiation.

The second country which the committee talks about is China. India and China have signed a memorandum of understanding over transboundary rivers. India pays around Rs 1 crore every year to get data from the Nugesha, Yangcun and Nuxia hydrological stations for the Brahmaputra and from a station in Tsada for the Sutlej. This data sharing arrangement got affected during the military stand-off between India and China at Doklam in 2017. At that time, China stopped sharing water-related information with India. The reason given was a technical snag at the water-measuring stations. However, for the same period, China provided hydrological data on the Brahmaputra to Bangladesh. Data sharing with India was resumed in March, 2018. The committee mentioned 2017 as an “aberration” and expressed satisfaction over the sharing of hydrological data by China with regards to the Brahmaputra and Sutlej.

China’s upstream projects in Tibet over the Brahmaputra are considered by many defence analysts and scholars as a threat to India’s water supply. On the impact of Chinese activities in the upper stream of Brahmaputra basin, the committee in its report expresses the “apprehension” that there is a possibility that the “run-of-the-river” projects undertaken by China  can store water  in pondages released for running turbines. This may “lead to certain diurnal variations in downstream flow and, as a consequence, have an impact on water flows in the Brahmaputra river and thus affect India’s endeavours to tap the region’s water resources.”

Also read: India and Pakistan Must Do More for Their Cross-Border Prisoners

The committee has recommended constantly monitoring Chinese actions to ensure that “they do not pursue any major interventions on the Brahmaputra river which would adversely affect our [India’s] national interests”.

Contrary to widely-held views in India, citing data published by the Chinese researcher L. Jiang and their team, Nilanjan Ghosh shows that the total annual outflow of the Brahmaputra from China is estimated to be about 31 billion cubic metres (BCM) whereas, by the time it reaches Bahadurabad, (the gauging station near the end of the rivers’ sub-basin in Bangladesh) its outflow is about 606 BCM.

The  above mentioned data shows that China’s upstream activities are less likely to have any major impact on the Brahmaputra river’s flow in India, specifically in Assam.  However, Chinese activities in the upper stream have an impact on the flow of river Siang ,as the Brahmaputra is known in the Indian state of Arunachal Pradesh.  Floods and increased pollution in the water of the Siang in Arunachal Pradesh is often attributed to the Chinese upstream activities.

The hydropower debt of Nu. 161,325.459 million accounted for 75.1% of the total external debt.  The majority of the hydroelectric projects in Bhutan are funded and aided by India. Under the section titled, ‘Indian Rupee Loans Disbursements, Payments and Outstanding,’ as of September 30, 2020, the Disbursed Outstanding Debt (hydro-power Rupee loans) on Bhutan is Rs. 147,246.32 million, while other Rupees loans amount to Rs. 7,000.

The amount to be paid back often increases and revenue collection is affected due to time taken for the completion of the projects or due to technical snags which may occur during the construction or operational stages. For instance, the third unit of the Mangdechhu Hydroelectric Project is yet to become operational while it currently undergoes extensive repairs after a major failure and fire on  September 21, 2020. The same unit went down from May 23 – June 27, 2020 that had caused  a loss of Nu 1.3 billion.

An independent technical committee constituted by the Mangdechhu Project held Bharat Heavy Electrical Limited (BHEL), an Indian public company, responsible for the failure of the unit. Work on the India-assisted (70% through loans and 30 % through grants) Mangdechhu project started in 2012 and the project was officially inaugurated in 2019. BHEL won the contract to provide the electromechanical equipment package for the project which included manufacturing, supply, erection and commissioning of four Pelton turbines and generators, a control system and other auxiliary equipment.

Besides the economic aspect of the hydro-project, Bhutan is also suffering from the impact of climate change. In its 2016 study, the National Environment Commission found that the phenomenon of climate change will have serious impacts on Bhutan’s water resources.  Bhutan’s first National Water Plan, released in 2016, talks about the uneven distribution of rainfall in the future and the risk of loss for glaciers on the country’s rivers.

To conclude, there is little to be gained without looking at the Indus, Brahmaputra or other transboundary rivers from a lens of basin-wide management. This, however, has its own problems, especially when the member countries are not on good terms themselves.

Amit Ranjan is a research fellow at the Institute of South Asian Studies, National University of Singapore. He is also author of the book Contested Waters: India’s Transboundary River Water Disputes in South Asia, Routledge. Views expressed in this article are personal.