There is also a rising fear of Islamophobia in the government in the aftermath of the 2019 Easter Blasts. 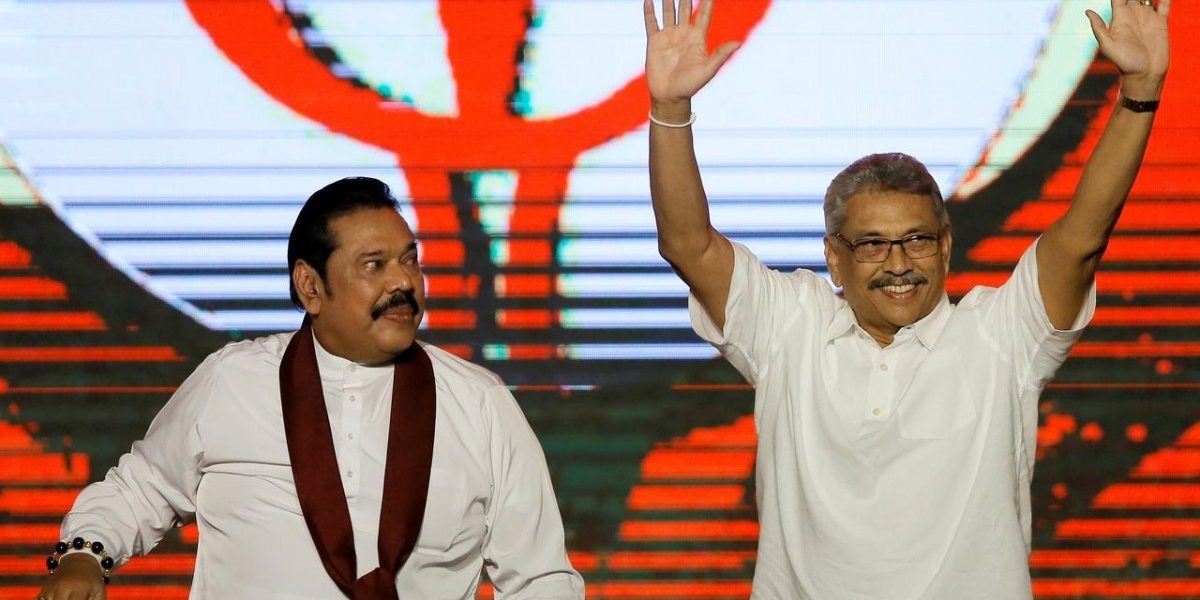 The Sri Lankan foreign secretary Ravinatha Aryasinha has briefed the UNHRC President Elisabeth Tichy-Fisslberger on this decision and the foreign relations minister Dinesh Gunawardena plans to formally inform the council members during the high-level segment of the HRC’s 43rd session on February 26, 2020.

Among the Sinhalese majority, the Rajapaksas are credited with bringing about an end to Sri Lanka’s violent 26-year civil war with the Tamil Tigers in 2009. But their last stint in power – with Mahinda Rajapaksa as the president and Gotabaya Rajapaksa as the Sri Lankan secretary of defense – was also marked by many allegations of human rights abuse and enforced disappearances of journalists and activists critical of the government, like the former Sunday Leader newspaper editor Lasantha Wickrematunge. The Rajapaksas have denied all the allegations.

Nevertheless, a UN panel estimated that around 40,000 civilians died in just the last phase of the war. The total death toll reached at least 100,000. Even a report by Mahinda Rajapaksha’s Lessons Learnt and Reconciliation Commission in 2010 noted an “alarming” number of allegations of disappearance under state custody.

Before the November 2019 election of Gotabaya Rajapaksha, former Sri Lankan President Maithripala Sirisena had begun the process of sharing more power with minorities, curbing the powers of the president and finding those missing from the civil war. Sirisena had also made a deal with the UNHuman Rights Council along with 11 other nations to investigate alleged war crimes during the civil war through “transitional justice.”

This involved four key mechanisms: an office of missing persons; an office for reparations; an accountability mechanism with international judges, lawyers and investigators; and a mechanism for truth and reconciliation. Since the deal, there has been limited progress on the issue of enforced disappearance, however, an Office on Missing Persons and an Office for Reparations have been established.

“It is because of the historic betrayal committed by the yahapalana government, formed by the United National Party, the Tamil National Alliance and the JVP, in co-sponsoring UN Human Rights Council Resolution 30/1 in 2015 that other countries are able to name members of our armed forces as violators of human rights,” Prime Minister Mahinda said in a statement justifying Sri Lanka’s withdrawal from the Resolution.

This was in reference to the US recently barring the entry of Sri Lankan Lt. Gen. Shavendra Silva, the commander of the Sri Lanka army and acting chief of defence staff, “due to his involvement in extrajudicial killings during Sri Lanka’s civil war.” The Sri Lankan Ministry of Foreign Affairs has argued that there were “no substantiated or proven allegations” against Lt. Gen. Silva. They have also questioned the authenticity of the information received by the US State Department.

Earlier this year, President Gotabaya Rajapaksa had stated that he wanted the government to close the Office of Missing Persons established based on the UNHRC resolution. In an unprecedented admission during a meeting with the UN Resident Coordinator Hanaa Singer, Gotabaya Rajapaksa also admitted to the thousands of people reported mission being dead, reports Nikkei Asian Review. He also revealed plans to grant immunity to soldiers accused of war crimes.

Rajapaksas and the Sri Lankan minority

There is increasing apprehension among the Tamil minority regarding the return of the Rajapaksas into power with Mahinda Rajapaksa as the Prime Minister and Gotabaya Rajapaksa as the president this time around. Voting patterns in the November 2019 presidential elections saw increasing polarisation among the Sinhalese-dominated north voters who overwhelmingly voted for him and Tamil minority voters from the south and east who voted for his rival Sajith Premadasa.

Nonetheless, Gotabaya Rajapaksa was elected with an overwhelming majority elected over the promise to secure Sri Lanka from militancy after the 2019 Easter Sunday blasts that killed 263 people and wounded 500 others.

The Human Rights Watch has recently reported an increase in the government surveillance and intimidation of the relatives of the forcibly disappeared. The government has also halted the legal proceedings against naval officers accused of the alleged enforced disappearance and killing of 11 young men in 2008 and 2009. The New York Times has reported that criminal investigators have been put under travel restrictions.

There is also a rising fear of increasing Islamophobia in the government after 2019 Easter Blasts. Last week, the Sri Lankan parliamentary committee has also proposed a “burqa ban” under the guise of security.