As per media reports, the chief prelate of the Asgiriya Chapter called for a boycott of all Muslim-owned businesses, alleging that they were working to “sterilise” the Sinhala population. 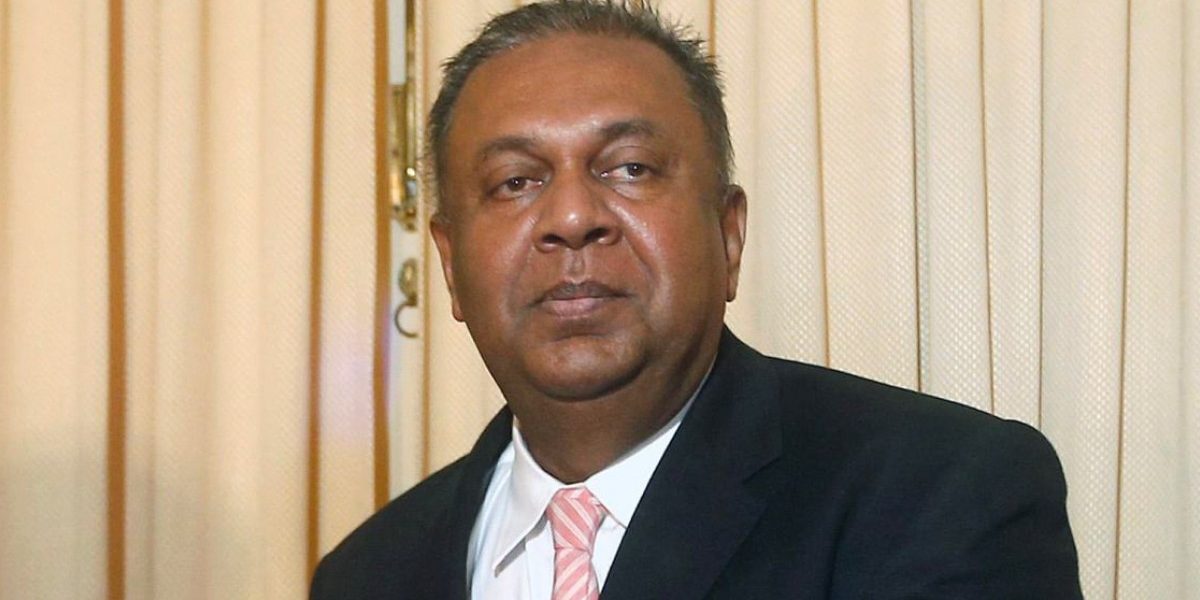 New Delhi: Three days after a top Buddhist monk stated that he condones the stoning of Muslims, Sri Lankan finance minister Mangala Samaraweera on Wednesday strongly came out against the statement and said that “true Buddhists” should unite against the “Talibanization” of the religion.

However, there has been no other vocal condemnation from other politicians, including from the top leadership.

In fact, Sri Lankan president Maithripala Sirisena on Tuesday took part in a religious ceremony to consecrate relics presided over the top monk who had preached social boycott and physical violence against Muslims.

The sermon by chief prelate of the Asgiriya Chapter of Buddhism Warakagoda Sri Gnanarathana was made on June 15, but reported in the media a few days later.

As per media reports, the chief prelate called for a boycott of all Muslim-owned businesses, claiming that they were working to “sterilise” the Sinhala population.

‘Don’t eat or drink from Muslim shops. Traitors who have destroyed this country shouldn’t be allowed to live in peace. I won’t tell to stone them to death, but that’s what should be done’ – worrying and violent rhetoric from a Chief Prelate of the Asgiriya chapter. #LKA pic.twitter.com/hCToC01sBh

His remarks came after a nationalist Sinhala paper had claimed last month that a Muslim doctor had “sterilised” over 4,000 Buddhist women.

The monk did not name the doctor, but asserted that women devotees wanted him stoned.

“Such traitors should not be allowed to stay free. Some upasaka ammas (women devotees) said he should be stoned to death. I don’t say that, but that is what should be done. If one of our people did that to the other community, we will slice them. Laws and rules are not necessary. We should unite as Sinhala-Buddhists. We should not look at colours and vote. We should elect people who think of the (Sinhala) race and the country,” he stated.

Incidentally, the Sri Lankan news portal EconomyNext reported that the senior-most police officer of North-western province, whose wife worked in the same hospital as the muslim doctor, was being probed for fuelling the rumours to cause “racial hatred”. Till now, “no evidence” has been unearthed by ongoing investigations of the accusations of sterilisation against the doctor, as per another report.

On Wednesday morning, Sri Lankan finance minister Samaraweera was one of the few political voices who protested stridently against the remarks of the senior Buddhist monk.

True Buddhists must unite NOW against the Talibanization of our great philosophy of peace & love of all beings. No Buddhist can condone a statement to stone another human being to death, even if it emanates from the robed orders. #lka

There have been no statements yet from President Sirisena or the Sri Lankan prime minister.

The situation in Sri Lanka has a parallel to its larger South Asian neighbour, India, where political leaders, including Prime Minister Narendra Modi have similarly remained silent through communally-tinged remarks of ruling party politicians.

In Sri Lanka, Buddhist monks are part of the political mainstream. They have also seen as leading the front in fanning majoritarian Sinhala sentiments.

The island nation has only been at peace over the last decade, after the Sri Lankan military defeated the Tamil Tigers group after a 26-year-old campaign. The civil war began as a result of long-term tensions over discriminatory official policies and finally broke out after devastating riots against minority Tamils in 1983.

Following the May 21 Easter Sunday bomb attacks which was carried out by an Islamist terror group, there have been a series of riots targeting the Muslim community in the Indian Ocean country. 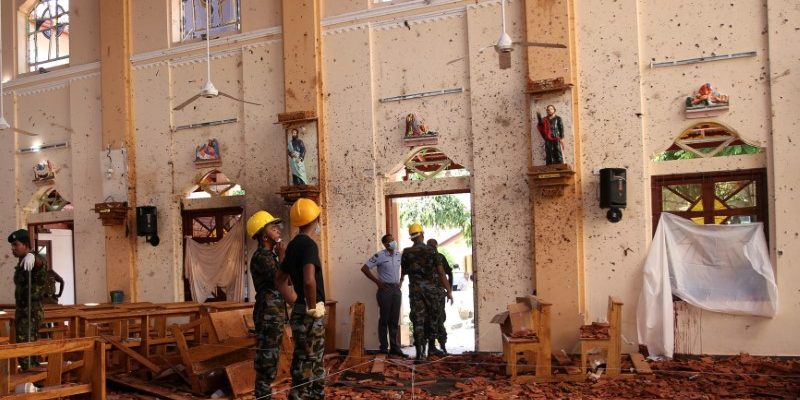 A view of the damage at St. Sebastian Catholic Church, after bomb blasts ripped through churches and luxury hotels on Easter, in Negombo, April 22, 2019. Photo: Reuters/Athit Perawongmetha

A parliamentarian monk from United National Party (UNP) went on a hunger strike demanding the resignation of two Muslim Governors and minister for having links to the suspects. Bodu Bala Sena (BBS) general secretary Gnanasara Thero, who had been pardoned by President Sirisena, had also threatened to join the campaign if the governors were not fired.

No proof has been shown so far for the allegations, which has been strenuously denied.

Nine Muslim ministers and the two governors resigned in first week of June in a joint move to protest the ‘victimisation’ of the community, even though they had red-flagged the perpetrators to security authorities.

Even then, Samaraweera had been among the lone voice to express caution.

“Hatred is never appeased by hatred. By non-hatred alone is hatred appeased. This is a law eternal.” Today, it was left to our Muslim Ministers to exhibit this sacred teaching of Lord Buddha while impostors in robes incited hatred in his name. A shameful day for our beloved #lka

The resigned Muslim ministers had also met the senior monk as part of efforts to reach out of the politically influential Buddhist clergy.

The communal aftermath of the Easter Sunday attack is also enmeshed in the jostling between political parties with the presidential elections scheduled towards the end of this year.

As per media reports, the main target of the campaign against the Muslim ministers is minister Rishad Bathiudeen, who did not ally with Mahinda Rajapaksa to give him parliamentary majority after President Sirisena made him prime minister in October 2018. Sirisena had to reinstate UNP leader Ranil Wickremesinghe as prime minister, with the Supreme Court also terming his actions as unconstitutional.

Incidentally, the sermon of the chief prelate had begun with an endorsement of Chamal Rajapaksa as the next presidential candidate, even though the opposition has not yet taken a decision. Warakagoda Sri Gnanarathana had previously also held the UNP responsible for “destroying” Sri Lanka.