The order comes amidst clashes between supporters and opponents of the ruling Rajapaksa regime against the backdrop of an unprecedented economic crisis. 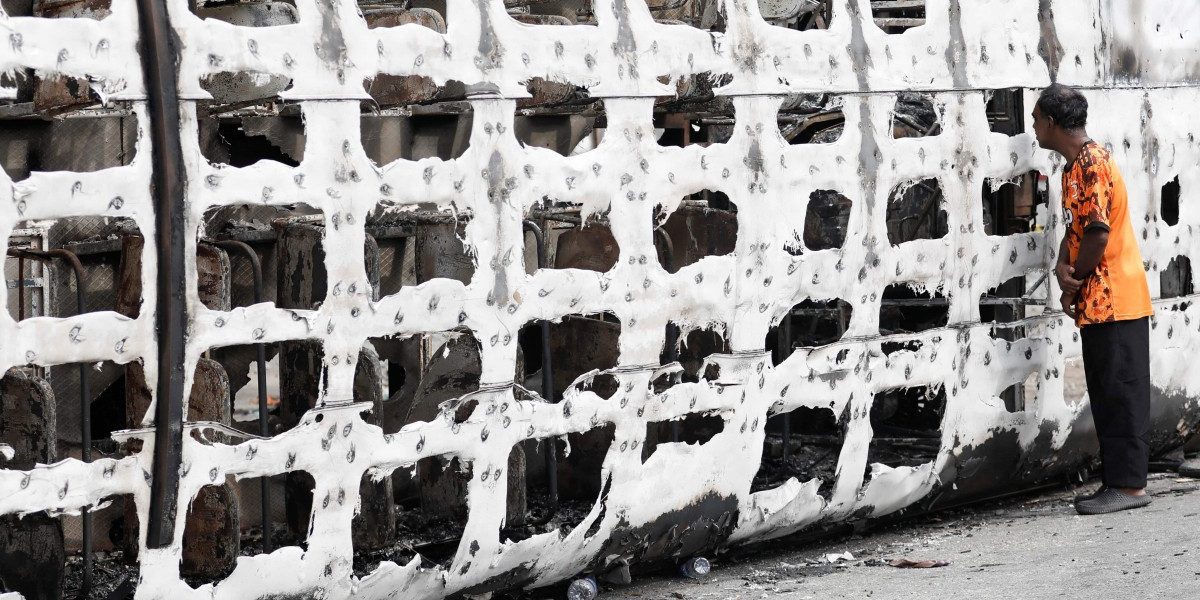 A man looks at a damaged bus after it was set on fire during a clash of pro and anti-government demonstrators near the Prime Minister's official residence, amid the country's economic crisis, in Colombo, Sri Lanka, May 10, 2022. Photo: Reuters/Dinuka Liyanawatte

Colombo: Sri Lanka’s Ministry of Defence on Tuesday, May 10 ordered the Army, Air Force and Navy personnel to open fire on anyone looting public property or causing harm to others amidst violent protests in the island nation over the unprecedented economic crisis.

The order came after embattled President Gotabaya Rajapaksa urged people to stop “violence and acts of revenge” against fellow citizens and vowed to address the political and economic crisis facing the nation.

Nearly 250 people have been injured in the violence in Colombo and other parts of the country.

The Ministry of Defence has ordered the tri-forces to open fire on anyone looting public property or causing harm to others, the Daily Mirror newspaper quoted an Army spokesman as saying.

A curfew is in force across the island nation after mobs burned down the ancestral home belonging to the ruling Rajapaksa family amid mounting anger at the nation’s worst economic crisis.

Anti-government protesters have also set up a checkpoint on the road leading to the Bandaranaike International Airport in Colombo to prevent Rajapaksa loyalists from fleeing the country.

Sri Lanka is facing its worst economic crisis since gaining independence from Britain in 1948.

The crisis is caused, in part, by a lack of foreign currency, which has meant that the country cannot afford to pay for imports of staple foods and fuel, leading to acute shortages and very high prices.