The health crisis has been used to reinforce the narrative that the ‘careless and undisciplined’ Muslim community has flouted social distancing and curfew laws.

A labourer sits on a cart in a street with closed shops near the main market in Colombo, Sri Lanka. Photo: REUTERS/Dinuka Liyanawatte/

The response to the COVID-19 pandemic is highlighting inequalities, discrimination and marginalisation in societies everywhere as well as inadequacies of existing political and economic structures and cultures. We may all be equally susceptible to the virus, but our experience of it is most certainly not the same. In every society, groups that have borne the brunt of the virus are migrants, minorities, women, older people and those engaged in precarious jobs. In Sri Lanka too, the impact of the virus is being felt in all too familiar ways – reflecting the fault lines the country has been dealing with for the past several decades.

Post-independence Sri Lanka has been marked by the struggles between a majority community often described as a ‘majority with a minority complex’, and minority communities faced with reduced influence and marginalisation in the face of majority rule. This manifested in a 30-year war with the Liberation Tigers of Tamil Eelam (LTTE), fighting for a separate homeland for the Tamil community, which was brought to a bloody end in 2009. But the military defeat of the LTTE has not eased ethno-religious tensions in Sri Lanka by any means.

It seems as if nurturing constant tension with an ethnic/religious ‘other’ is essential for doing politics in Sri Lanka. So, since 2009, there has been a rise in Islamophobia – one that is carefully nurtured, sustained and facilitated. It would not be an exaggeration to say that no event of ethnic or religious violence in Sri Lanka has taken place without the complicity of the political party in power – at the very least, by turning a blind eye or delaying taking action.

Fanning anti-Muslim sentiments are wild rumours and ideas about ‘the Muslim community’.  One supposed characteristic of the Muslim community is their apparent disdain for law. The Muslim community, as believed by the majority Sinhalese and even the minority Tamil community, only respect ‘Muslim’ law. Therefore, they apply their own laws to their community and openly flout laws that apply to the rest of the country.

Also Read: A Year After Easter Bombings, Sri Lanka Is Facing A Different Kind of Crisis

For instance, they do not wear protective helmets when riding motorcycles as required by law and they have different laws when it comes to marriage and family. The latter, refers to personal laws which exist in Sri Lanka that are different from the General Law. The Muslim community is not the only community to have personal laws that differ from the General Law – there are personal laws that are specific to Tamils in the North of the country and Sinhalese from the district of Kandy, in the central province.

Yet, Muslim personal laws relating to marriage and divorce, where for instance, the minimum age of marriage applicable to other communities does not apply, are taken as indications of the general disregard for the law among the Muslim community. The fact that there have been calls for reform of these personal laws, to bring them more in line with international and national human rights standards from within the community, especially Muslim women’s groups, for many decades, only to have these initiatives blocked at the highest levels of government, is largely disregarded. 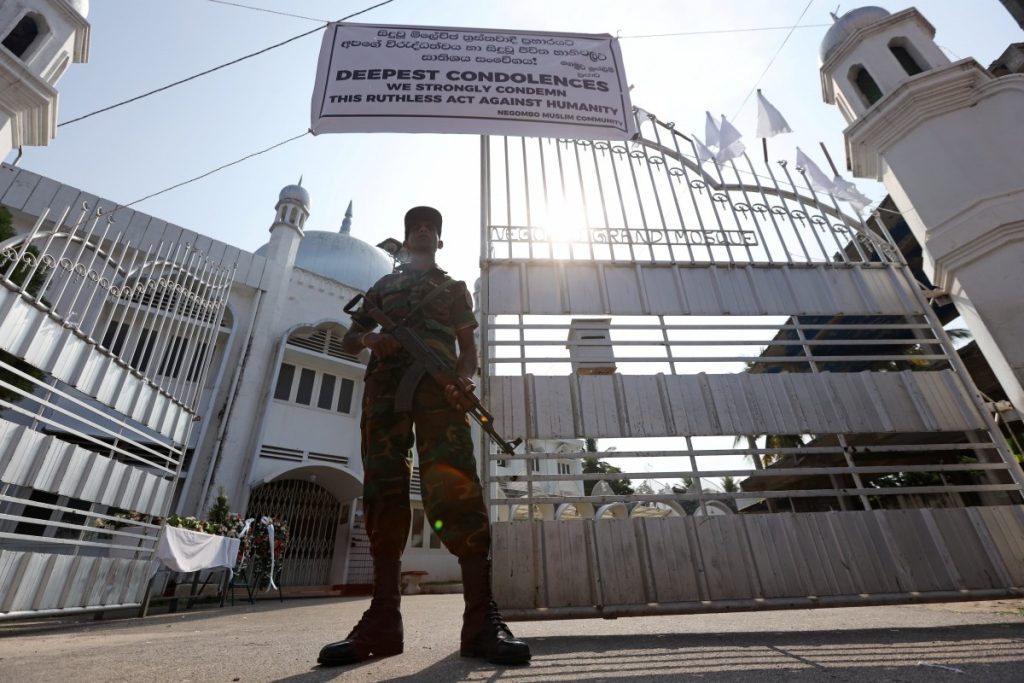 Response to the COVID-19 crisis

When social distancing and curfew was imposed in response to COVID-19, there was a concerted effort by the government of Sri Lanka and media supportive of the government to suggest that the infection was well controlled in Sri Lanka – but for ‘rogue’ elements, who through their carelessness were spreading the virus and impeding government efforts at containing the virus. Initially, the ‘rogue’, ‘undisciplined’ elements were migrant Sri Lankans returning home from various parts of the world – who escaped or avoided quarantine.

Very soon, attention turned to the Muslim community. In the daily reporting on COVID-19 infections, rates of infection among Muslim communities, or locations known to be majority Muslim areas, were specifically mentioned. The tracing of contacts of infected persons was accompanied by not just security forces entrusted with the task but media, especially when it came to such incidents among Muslim communities. Ultimately, protests from various groups resulted in the Ministry of Health issuing guidelines to the media on reporting on COVID-19, prohibiting mentioning the ethnicity/religion of infected people.

However, till a cluster of infections were discovered in a Navy camp, shifting attention away from the Muslim community, the notion that infections were rife among Muslims was the prevailing view. The already established idea that the Muslim community does not respect laws of the land, reinforced the view of ‘careless and undisciplined’ Muslims flouting social distancing and curfew laws. There were rumours of gatherings in mosques in violation of curfew regulations; overcrowded living conditions attributed to Muslim-ness rather than poverty, and disregard for social distancing rules due to ‘cultural’ reasons. The idea that Muslims must be brought in line and not allowed to ‘do their own thing’ has been gaining force in society for a long time and simply intensified with COVID-19.

The extremely discriminatory funeral regulations that are in place in Sri Lanka – insisting on cremation of all those who die of COVID-19 – are an extension of this same line of thinking. Appeals by the Muslim community (and others) to adhere to international guidelines when it comes to funerals and to allow for burials with certain restrictions became seen as yet another instance of Muslims wanting ‘special’ treatment. The fact that Christians also traditionally bury rather than cremate and may be equally affected by these regulations were not considered. This too, became a stand-off with the Muslim community and an opportunity to put the Muslims in their place.

A leaked conversation between a moderator of a talk show and his panel (which included a government minister as well as representatives from the opposition parties), between takes, from a pro-government television station, revealed this attitude all too crudely. The discussion that was leaked suggests that the whole point of insisting on cremation is to teach the Muslim community that they must follow rules – that they cannot have their own way.  Enforcing cremation was articulated as an opportunity too good to be missed to teach the Muslim community a lesson. 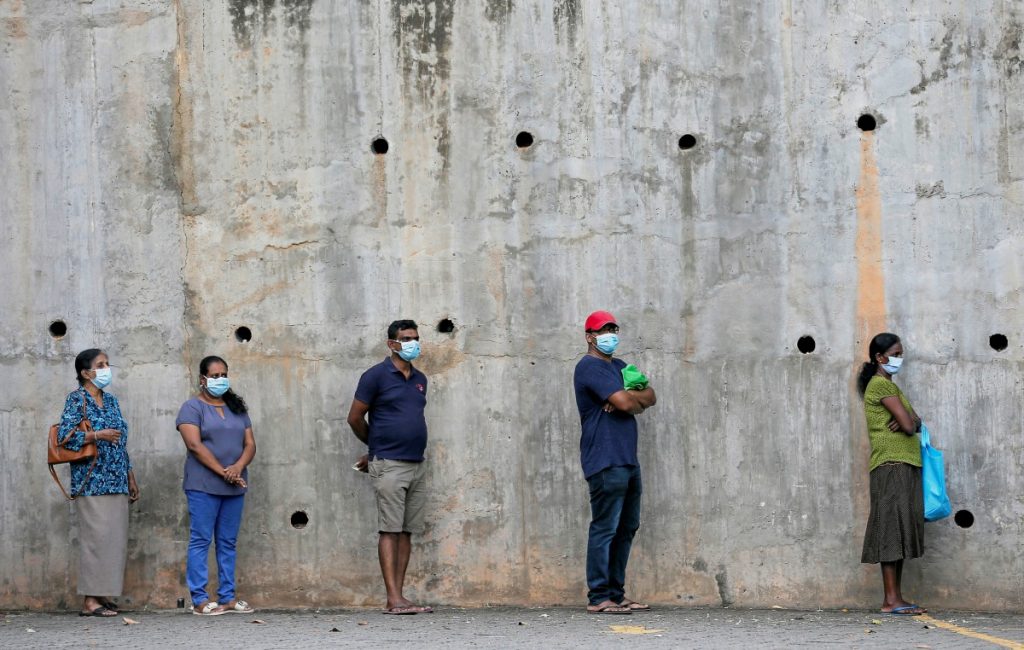 It is clear that stirring up anti-Muslim sentiments (or any kind of anti-minority sentiments) is a tried and tested political strategy in Sri Lanka—one which the current government has used very effectively in the past and is gearing up to use again in light of upcoming parliamentary elections. What is also evident is how these sentiments have now become normalised. The idea that Muslims are constantly seeking to impose their ideas on the rest of society, bend rules to their convenience and flout laws that they don’t like is now established in society.

Behind recent campaigns calling for ‘one country, one law’ was also the need to bring the Muslim community to heel. Most calls for ‘unity’, a ‘Sri Lankan identity’, also reflect the majority preoccupation of ‘taming’ the minorities and bringing them under the benevolent control of the majority community. Many Sinhalese who would consider themselves cosmopolitan, democratic and tolerant, would not see the implicit exclusions and violence, in enforcing a totalising identity in a society such as Sri Lanka. COVID-19 and its impact on the Muslim community show the extent to which a majoritarian mindset that is comfortable with demonising minority communities – or any other community that is seen as a threat to the majority community – has become normalised in Sri Lankan society and polity.

Harini Amarasuriya is a senior lecturer at the Open University of Sri Lanka.