As the foreign exchange crisis goes from bad to worse in India's southern neighbour, an exodus of refugees into India seems more and more likely in the coming weeks. 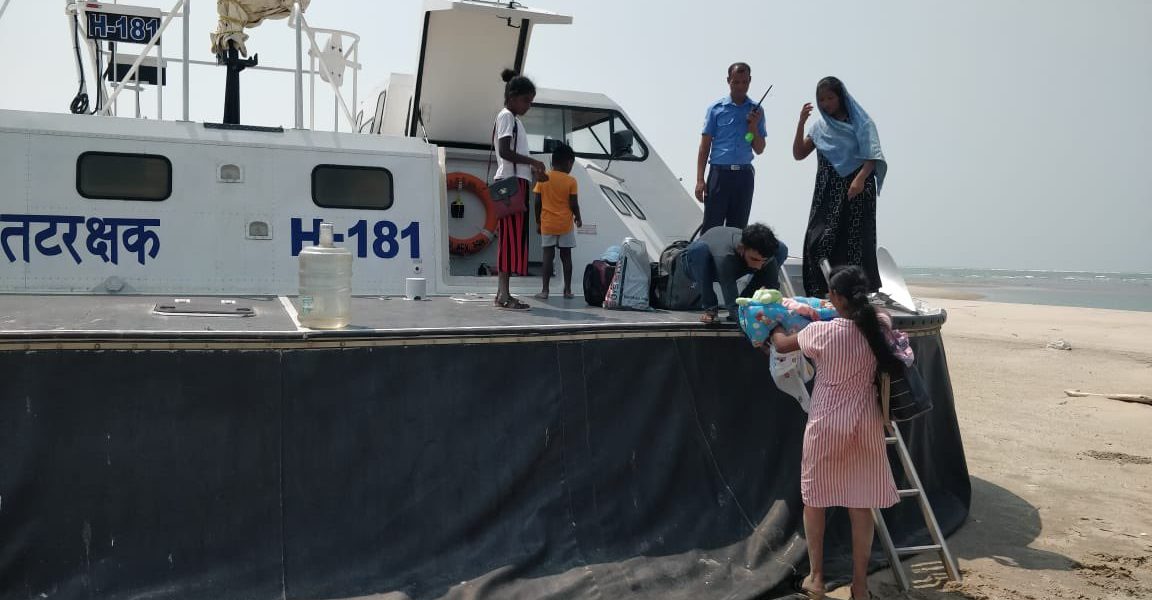 New Delhi: Six members from two ethnic Tamil families in Sri Lanka, including a four-month-old child, were found to have snuck into India in the wee hours of the morning of Tuesday, March 22, the Hindu reported.

The families were fleeing the rapidly rising inflation and unemployment in the country precipitated by the worsening economic crisis and are reportedly the first of thousands of people who are expected to cross over into India in the coming weeks.

According to a senior official of the Indian coast guard who questioned the families, they left Sri Lanka at around 10 pm on Monday night and reached Arichalmunai near Dhanushkodi in Tamil Nadu’s Rameshwaram district early in the morning. There, the boatman, who they had paid Rs 10,000 per adult for the trip, falsely told them that someone would pick them up.

Thereafter, they were spotted by a Coast Guard patrol and taken into custody.

What’s more, 10 other individuals in a different party arrived in India late Tuesday night, although their identities are yet to be confirmed.

Gajendran (24) told reporters that we has a casual worker in Jaffna and that he had recently lost his job. “The prices of basic goods have touched a new high. I don’t have any money. I have some relatives in Rameswaram. Hence, I decided to come here,” the newspaper quoted him as saying.

His wife, Mary Clarin (23), said that all the members of the party, including her four-month-old son Nijath, last ate food at noon on Monday and had been waiting for a boat to take them to India from 4 pm that day.

Another member of the group, Tiori Anistan (28), said she had two children, Moses (6) and Esther (9), and that she couldn’t leave them so she decided to come to India where she has some relatives.

After being rescued by a Coast Guard hovercraft, the group was taken to the Mandapam hover port where they were questioned and provided food. Thereafter, the were handed over to the police, who claim that they are all currently at the Mandapam refugee camp near Rameshwaram.

Sri Lanka has been facing a deepening economic crisis for years now and in August last year, had declared a food emergency, where the government was allowed to seize food stocks so essential items could be sold at government prices and arrest individuals hoarding supplies.

Then in September, Lankan foreign minister Basil Rajapaksha had called the country’s foreign exchange crisis “dangerous” and had declared a state emergency. Luxury goods were banned and the government began asking non-resident Lankans to send funds back to the country to tide over the crisis.

India, on March 17, extended a $1 billion line of credit to its neighbour.

Only the beginning of the exodus

A report by the Indian Express noted that a second group of ten Sri Lankan nationals had set off from the Mannar region and, due to some technical snag with the fibre boat they were travelling in, only arrived at Rameshwaram around 9 pm on Tuesday.

What’s more, these two groups are expected to be only the first of many Lankan nationals who will attempt to flee the harsh food and job shortages in the country. The Express report notes that Tamil Nadu intelligence officers expect around 2,000 refugees to land on Indian shores in the coming weeks.

The report also notes the inordinately high and rapidly rising prices of essential foodstuffs such as rice (Rs 290/kg), sugar (Rs 290/kg), milk powder (Rs 790/ 400gm) in addition to other, non-food essentials. The government recently even indefinitely postponed school exams due to a shortage of paper.