In Dhaka, It's All the Prime Minister's Men

What self-censorship by Bangladeshi journalists at press conferences tells us about the state of the media. 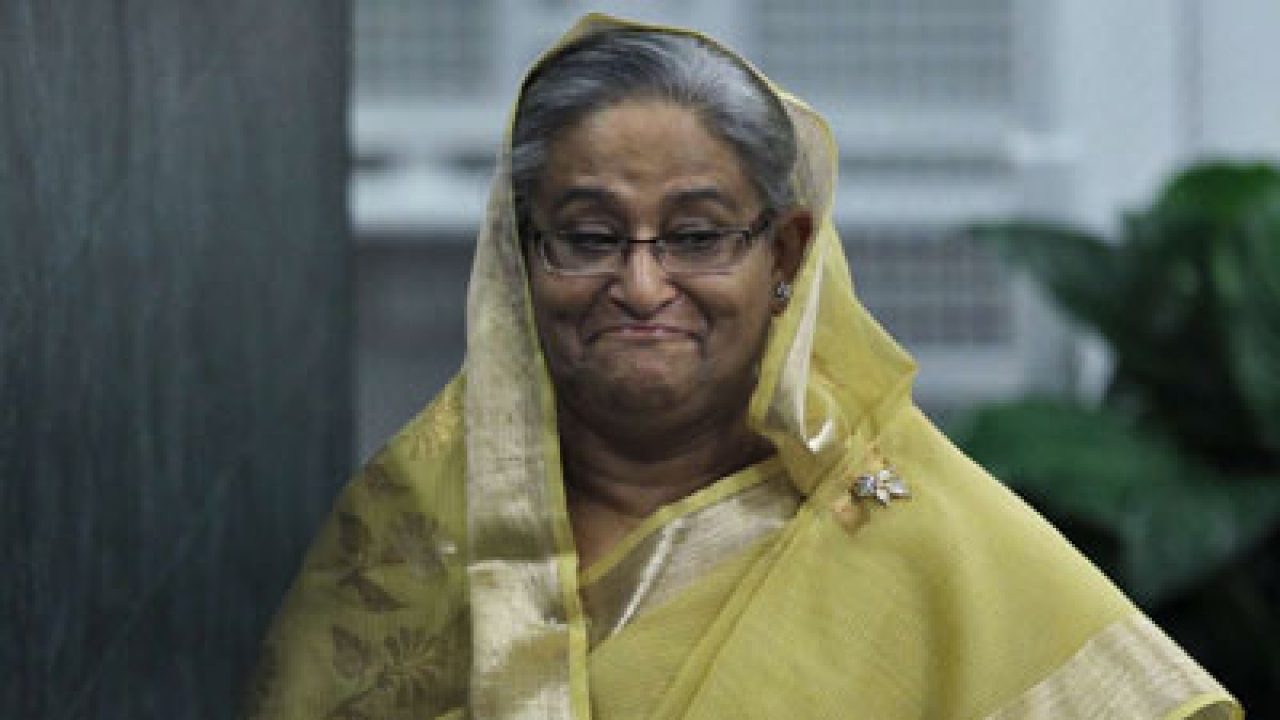 Dhaka: In her two consecutive tenures spanning a decade, Bangladeshi Prime Minister Sheikh Hasina has never turned away from the media. She has also never been seen flinching from any query thrown at her during press conferences, which she arranges on a regular basis after any important local incident or one of her foreign trips.

There is probably a reason behind this: the journalists attending have barely ever asked her questions outside of her comfort zone.

During her various tenures, she has not shied away uncomfortable questions from journalists. The problem is that journalists have stopped trying to put her on the spot.

Hasina’s latest press conference was a classic example of that.

The meet was arranged after she had returned from West Bengal, where she jointly inaugurated a building named “Bangladesh Bhaban” at Viswa Bharati University in Santiniketan with her Indian counterpart Narendra Modi and West Bengal chief minister Mamata Banerjee.

Bangladesh Bhaban houses a museum showcasing Rabindranath Tagore’s association with Bangladesh, Indo-Bangladesh relations and the Liberation War of Bangladesh. The Bhaban has been built using funds given by the Bangladesh government.

Even though it was not an official state visit, the presence of Modi and Banerjee on the same podium as Hasina raised the chance of a meaningful discussion on what is perhaps the most important unresolved bilateral problem between the two neighbours, the sharing of Teesta river waters.

Also, with a national election in Bangladesh scheduled at the end of 2018, a meeting with Modi in a seemingly non-political set-up naturally ignited curiosity on both sides of the border, especially in Bangladesh.

In addition, since mid-May, there has been an undeclared “war against drugs” in Bangladesh. Over 140 alleged drug dealers have already been killed in what law enforcers claim were “gunfights”. Human right activists have alleged these are extra-judicial killings.

So in terms of issues, there was much to discuss at the May 29 press conference at Hasina’s residence, ‘Ganabhaban’. Journalists there should have had a number of questions, the answers to which could have enlightened citizens who have otherwise been kept in the dark on these issues.

To be sure, questions on the issues were asked, and answers given. But any non-partisan onlooker would have a very hard time believing that they were witnessing a press conference.

The Bangladeshi prime minister first read out her written statements, which included highlights of her recent trip – sans the updates on the Teesta. When the Q&A session began, the first question put to her was about water sharing with India.

In response, she said that “a number of bilateral issues including Teesta were discussed both with Modi and Mamata in one-to-one meetings”. Later, another journalist referred to Modi’s declaration during his last visit to Bangladesh that the “Teesta agreement will be signed within both his and Hasina’s present tenure” and asked whether Hasina “can still rely on that assurance”.

Hasina replied, “I don’t rely on anyone. I know that I have to make arrangements for my own country’s water. My government has been doing a lot of dredging works and creating water bodies to store water.”

“India will always remember what we’ve done for them. They had to deal with bombings, shootings every day. We gave them their peace back.”

She continued, “They (India) supported us during the Liberation War by training hundreds of thousands of our freedom fighters and sheltering our refugees. We remember with gratitude that they gave their lives on the battlefield with us.”

She replied, “The people of the country are getting relief from the anti-narcotics drive and it’s the demand of the people…even the big dailies are making big headlines over the spread of drugs. Let us do our job.”

Hasina said the law enforcement agencies are not conducting drives all of a sudden; rather they have been watching the drug dealers and producers for a long time.

“If any innocent person falls victim to the drive, then we’ll surely take steps. But we’ll have to root out drugs from the society and this has always been the demand of all.”

She also asked the media whether society would be better off if the anti-narcotics drive is stopped.

In reply, Hasina laughed and said, “Everyone went to India. Didn’t Khaleda Zia go there? Didn’t Ziaur Rahman go there? You better asked BNP that.”

In between all these questions, journalists praised Hasina for getting an honorary D.Litt. from India and for strengthening bilateral relations between India and Bangladesh. One journalist even told her to start lobbying for the Nobel Peace Prize, which is “long due” to her.

Hasina said she doesn’t want the prize and doesn’t have the financial means to lobby. The journalists laughed.