For every heartwarming story, there are instances of silly and tragic bureaucracy which hurts ordinary people. 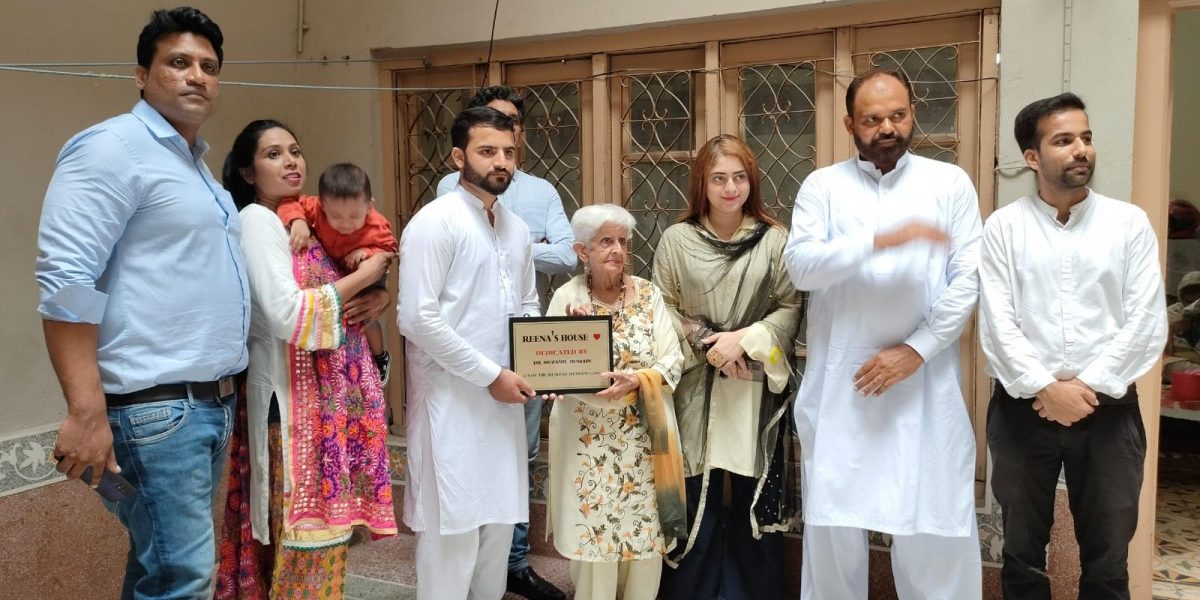 The leaves had turned colour, revealing the grand architecture of trees amidst evergreen pines. Familiar winding mountain paths became strange. The world was a year into the pandemic.

Amidst the naked forests of Kashmir in November 2021, Asmad Ali, 14, ran after his lost pigeons. Soon he was far from his sleepy village of Tatrinote at the Line of Control on the Pakistani side of Kashmir.

Hours later, a squad of India’s Border Security Force found Ali and detained him. The boy had strayed across the LoC. Following procedures, the BSF handed him over to the Jammu & Kashmir Police.

A recent report in The Hindu drawing attention to the case says Ali remains on trial nearly eight months later in the juvenile court in Ranbir Singh Pora in Jammu & Kashmir, charged under the Egress and Internal Movement Ordinance, 2005. He can be tried as an adult when he turns 18.

Ali’s maternal grandmother told the reporter that Ali’s mother died when the boy was three months old. His father left him with her and never returned.

Two other teens who strayed across from the Pakistani side of Kashmir are also in reformatory homes in India, under trial, out of contact with their families, says the report. Sainullah, 15, has been there since September 2021 and Khayyam Maqsood, 16, since August 2021.

Another Pakistani teenager, Mohammed Anwar has been there since 2019. He was acquitted after a year but has yet to be repatriated home.

When cross-border transgressors’ details are verified, they may be repatriated relatively quickly. We have seen such humanity at the Punjab and Sindh-Rajasthan borders, as well as the LoC in Kashmir. This makes news when it happens. If both countries behaved like good neighbours, such compassion would be routine.

There’s a striking, largely overlooked connection between these cases and two others, connecting Gujarat and Sindh, and Pune and Rawalpindi.

One is the heart-wrenching case of Indian fisherman Kalu Verma, who died in Pakistan custody on July 6, 2022. He had completed his prison sentence in Karachi seven months earlier and was awaiting repatriation to India.

The other story is a happy one, about the fulfilment of the Pune-based nonagenarian Reena Chibber Varma’s lifelong dream to visit her childhood home in Rawalpindi. 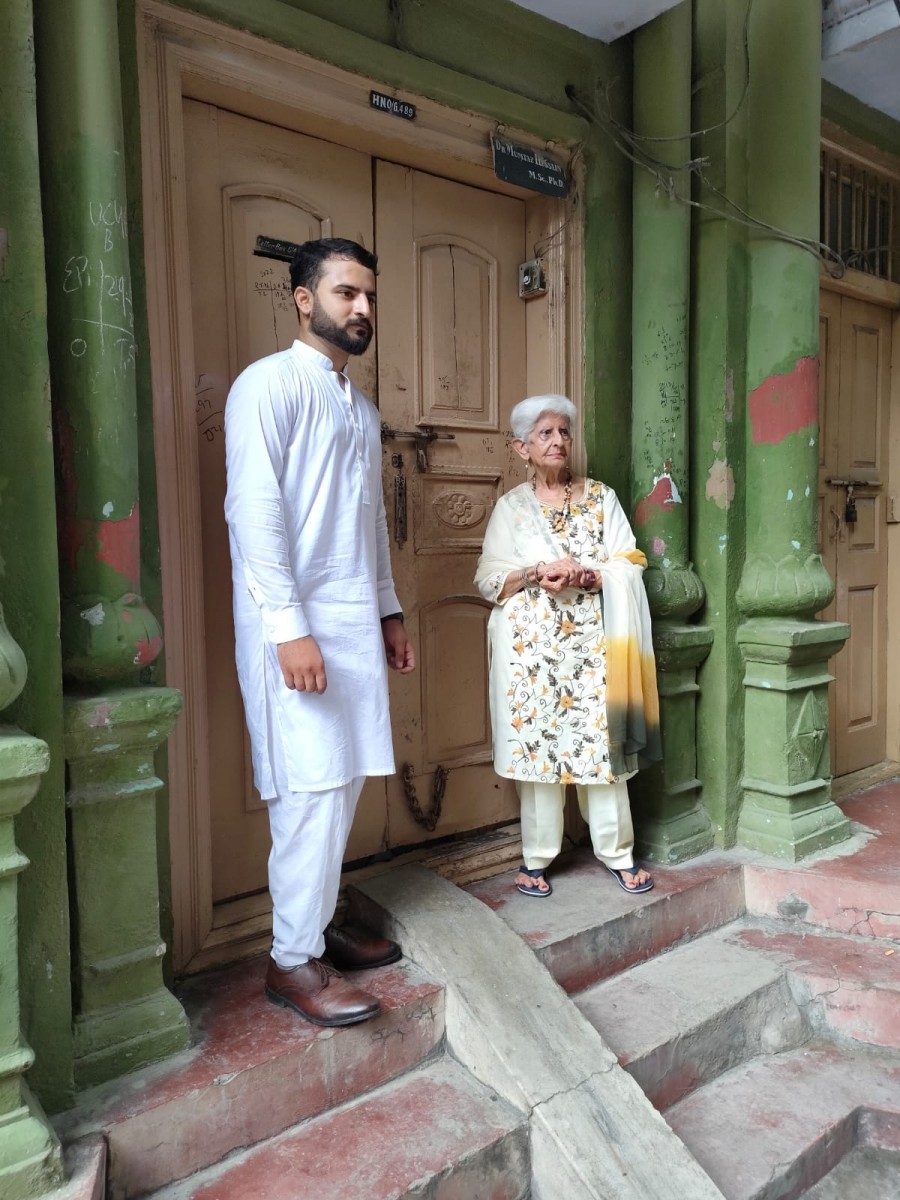 Pakistan communicated news of the fisherman Verma’s death to the Indian High Commission nearly two weeks after the tragedy. At the time of writing, his anguished family still awaits his last remains, now expected to be repatriated on August 23, 2022. There will be further delays as this will happen through the Wagah-Attari border, a thousand kilometres north.

This is the second such custodial death in Pakistan this year. On February 3, 2022, another fisherman, Nano Ram, died in custody. He had remained in custody for two years after having served his sentence. His body was returned two months after his death.

Last year, in June 2021, a Bengali migrant fisherman from Karachi, Amir Hamza, died of COVID-19 in Indian custody. The Indian Coast Guards had picked him up in 2017 and he too had finished serving his prison sentence. It took three months to repatriate his body to Pakistan.

Such arrests and delays on both sides of the border routinely violate international law. Once in custody on ‘the other side,’ the incarcerated fisherfolk’s boats are confiscated and they are not provided with consular access until they’ve completed their sentences, and sometimes not even well after that. It then often takes months to verify their nationalities.

The  Indian or Pakistani fishermen who die on the other side have often completed their prison terms, like Verma, Ram, and Hamza, and their identities verified.

“In this digital age, it shouldn’t take more than a few days to verify cross-border prisoner identities,” observes peace activist and journalist Jatin Desai in Mumbai.

He is among the activists who have been calling for a ‘no-arrest policy’ for fisherfolk transgressing the maritime border. The two countries have in the past even promised to work towards faster repatriation of imprisoned fisherfolk and their confiscated boats but this has not been implemented.

It took Reena Chibber Varma, the 92-year-old in Pune, India, 75 years to return to her childhood home in Rawalpindi, Pakistan. Her visa application in 1965 was rejected. After that, busy with family and moves related to her now late husband’s job, she put the idea aside.

The pandemic-induced isolation and access to social media re-ignited her desire to connect with her roots. In a Facebook group, she shared her wish to see the home she left in 1947 when she was 15. A group member in ‘Pindi found the old house and shared photos and video clips.

Encouraged, Reena Varma applied for a visa in March 2021. When Pakistan rejected it, Varma shared her disappointment on Facebook. Beenish Siddiqa, a young Karachi-based journalist reached out to Varma who she fondly calls Toshi Aunty. She began championing Toshi Aunty’s cause and encouraged Varma to record a video, which she included in her story of August 2021.

In April 2022, after the change in Pakistan’s government, the case caught the attention of Hina Rabbani Khar, Pakistan’s newly-appointed Minister of State for Foreign Affairs. The Pakistan High Commission in Delhi issued Verma a 90-day non-police reporting visa to visit Lahore, Rawalpindi and Murree.

Reena Varma’s story captured media attention across India and Pakistan as she made the journey back to her childhood home in Rawalpindi, traveling alone. Those who had been strangers she knew only through Facebook gave her a rousing welcome at the Wagah border. Imran William and his wife Afshan in Lahore, who run the Facebook group India Pakistan Heritage Club that she had been posting on, saw her as their responsibility and escorted her to her old home. They broadcast much of the emotional visit live on Facebook. 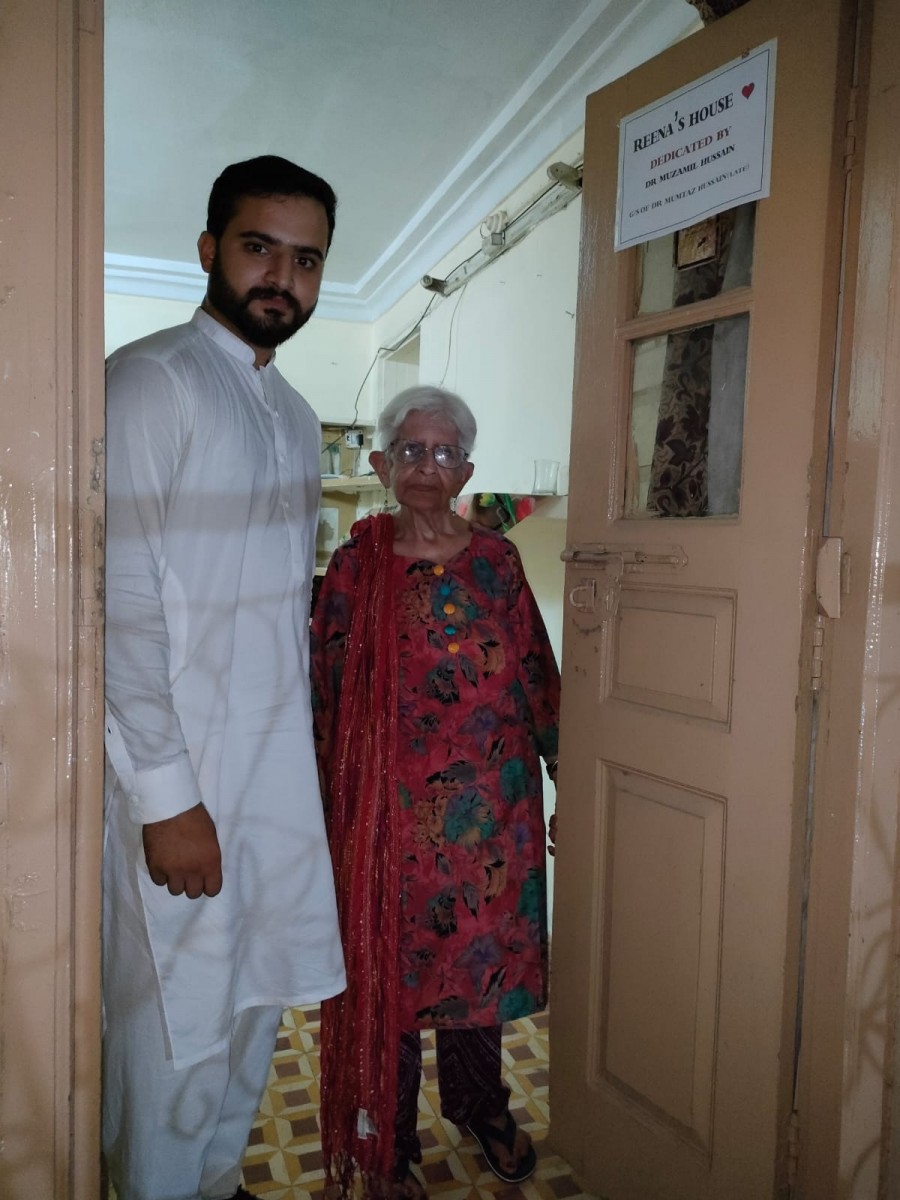 But the reciprocal city-specific visa policy followed by both countries set a crisis brewing when the hotel they had booked refused to let Varma stay after seeing her passport – she didn’t have a visa for Islamabad, the twin city of Rawalpindi.

Her friends scrambled to find other accommodation. One family in Pindi who would have hosted her could not, as their house is located inside a military cantonment area, out-of-bounds for Indian nationals. Even nonagenarian grandmothers.

It speaks for the paranoia and mistrust between Indian and Pakistani officialdom that Rawalpindi hotels even outside cantonment limits refused to host Varma. Pakistanis visiting India face similar issues. Security agencies harass cross-border visitors even as willing hosts open their doors and hearts.

A journalist in Rawalpindi offered Varma a room. Meanwhile, another colleague prevailed upon the Pakistani foreign office to extend Varma’s visa to Islamabad, enabling her to stay at the hotel she was booked at.

The current occupants of the haveli built by Reena Varma’s father are Imtiyaz Hussain, a disabled retired clerk, and his two sisters. Their father, the late Mumtaz Hussain, PhD, had bought the house from its third owner in 1990.

Imtiyaz Hussain’s two sons spend time between the Pindi haveli and their mother’s place in Islamabad. When they heard what had happened at their Pindi home, the younger son Muzamil Hussain, 24, put on his best suit and went to meet Varma at the hotel.

A homeopathic doctor and poet with many literary connections in India, Muzamil invited her to stay in her old room – now his.

“I told her this is her home, she can stay here as long as she likes,” he tells me over the phone. Unfortunately, the visa expiry date permitted her only one more night in Pindi. That night, she would spend in her old room.

Muzamil took his responsibility seriously. He bought new sheets and got the room set up for his guest, arranged for food and beds for other friends who would be joining.

Then he did something extraordinary. While Varma was on a day trip to Murree, he went to get a plaque made, that would say: “Reena’s House, Dedicated by Dr Muzamil Hussain, grandson of Dr Mumtaz Hussain”.

Also read: The Pain of Partition, as Seen in the Literature of Many Languages

The shops were closed for the Friday afternoon prayer break, but he found one man in front of a shop.

When the shopkeeper heard the story, he re-opened his shop and took the order.  “I told him this wasn’t just for me but for Pakistan. She is not just my guest, but our country’s”.

When she arrived that night, Muzamil formally presented the plaque to “Maa Reena” and placed it outside “Reena’s room”. He had wanted to fix it outside the haveli itself but faced resistance from some neighbours.

Two words perhaps sum up the connection between the stories shared above: Visa Policy.

In 2012, India and Pakistan agreed to relax their visa policies to allow citizens over 65-years a visa-on-arrival at the border. This has still not been implemented.

Unintended border crossings are criminalised. Those who inadvertently cross the land or maritime boundaries are imprisoned for years.

None of this should be ‘normal’.

Prisons across the region are already overcrowded and the plight of the incarcerated is pitiable. It is worse for cross-border prisoners. India and Pakistan can save money and resources by not detaining each other’s citizens – it is our taxes that pay for this human suffering.

What’s needed now is not nostalgia for a pre-partition harmony or the period before the 1965 war when there was cross-border travel and multiple cross-border linkages. We need to look forward for the sake of the people of the region.

There is no hostility at the level of ordinary people. This is amply evident by the kind of interaction that takes place when they do meet. The late Asma Jahangir once said that if the borders were opened, there would be a flood of people wanting to visit ‘the other side’.

Another world is possible. Seventy-five years into Independence and Partition, the moment to affect change is now. We need to stop criminalising border crossings. Let people meet.

Beena Sarwar is a journalist and founder-curator of Southasia Peace Action Network, Sapan – www.southasiapeace.com. In collaboration with other organisations, she initiated this online campaign urging governments to review their visa policy