Seven Years On, India Now Backs a Defence Pact Between the US and Maldives

In 2013, Indian opposition had helped scuttle a Status of Forces Agreement between Maldives and the United States. 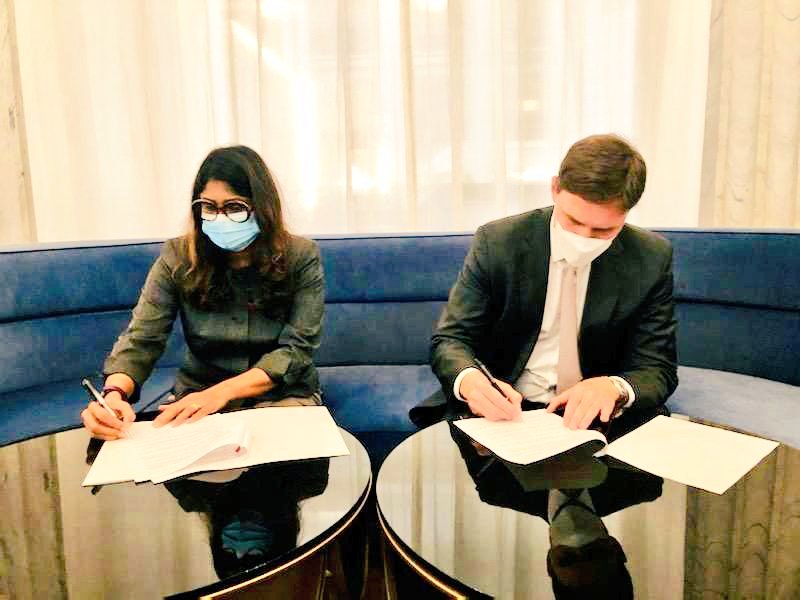 New Delhi: In a sign of the changed dynamics in the region, there is strong support in New Delhi for the defence framework agreement signed between Maldives and United States, a pact which brings the island nation firmly into the ‘Indo-Pacific’ side of the emerging geopolitical maritime fault line pitting the US and its allies against China.

The defence agreement demonstrates how much water has swirled around the ocean since 2013, when India had opposed Washington’s proposal to sign a Status of Forces Agreement (SOFA) with Maldives, thereby ensuring that idea remained still-born.

On September 10, Maldivian defence minister, Mariya Didi, who is on a visit to United States, signed the “Framework for U.S. Department of Defence-Maldives Ministry of Defence and Security Relationship” with deputy assistant secretary of defence for South and Southeast Asia Reed Werner.

According to the US DoD press release, the framework pact sets forth “both countries’ intent to deepen engagement and cooperation in support of maintaining peace and security in the Indian Ocean, and marks an important step forward in the defence partnership”.

The Wire has learnt that while India was broadly aware that discussions were going on, the text of the agreement was not shared before the signing in Philadelphia on Wednesday.

However, Indian officials told The Wire that New Delhi was supportive of the agreement, as it gave a clear signal where Maldives stood in the Indian Ocean Region. “There cannot be more clarity that Maldives is saying that it is part of the Indo-Pacific”, said an official, using the term in its political sense.

The Indo-Pacific – or the Free and Open Indo-Pacific, as the US calls it – is a construct that envisions the region stretching from the Arabian Sea and Indian Ocean in the west to the Pacific Ocean in the east as a strategic continuum in which the US, India and other maritime powers with shared interests act in concert to keep Chinese influence in check.

According to Indian officials, the bilateral US-Maldives framework agreement does not contain too many operational details, but rather provides broad strokes on the areas of convergence. “Most of the points mentioned (in the agreement) are very much aligned to our interest, like countering violent extremism, HADR [humanitarian assistance and disaster response] and support for rules based-order in the region,” added sources.

The agreement also setup up an institutional mechanism of a bilateral defence and security dialogue.

The enthusiasm for the agreement in New Delhi for the US-Maldives defence pact is in stark contrast of the circumstances when US had last proposed a defence agreement with Maldives.

In April 2013, a Maldivian current affairs blog, Dhivehi Sitee, had published a leaked copy of a draft SOFA proposed by US.

SOFAs, as the Congressional Research Service explains, are agreements that “generally establish the framework under which US military personnel operate in a foreign country and how domestic laws of the foreign jurisdiction apply toward U.S. personnel in that country”.

After the draft surfaced, there were media reports and opposition claims that the Mohamed Waheed government was allowing the US to set up a base in Maldives. There were repeated denials from senior US diplomats and Maldivian government officials about the possibility of any base and that the scope of the agreement was only related to training of defence personnel.

Eventually, the new Maldives president, Abdulla Yameen, publicly said in January 2014, that he will “not pursue” the SOFA with US. Yameen is currently behind bars on charges of money-laundering.

While President Yameen had decided to shelve SOFA, Maldives did sign on to China’s maritime silk road connectivity project in December 2014. Under opposition criticism, the then Maldivian foreign minister Dunya Maumoon had claimed that even India had welcomed the MSR project during the Chinese president’s visit. This led to the Indian ministry of external affairs jumping in and noting that the project “was neither raised, nor discussed on the visit of President Xi Jinping to India”.

One of the key reasons that Maldives dropped SOFA was because New Delhi was opposed to it. “Yes, we did discourage a SOFA in 2013 as it would have justified a similar agreement with China and an offer to us as well, leaving an outcome that was less desirable than the existing state. And in 2013 both [the US and Maldives ] listened to us,” an Indian official, who had been privy to those developments, told The Wire.

Seven years on, a senior government official asserted, the circumstances have changed dramatically for India, with a much friendlier government in Maldives following the 2018 presidential elections and entwined security ties with Washington. “It was imperative not to provide space to China here,” he said.

The Maldives government is also currently facing a sustained campaign from the opposition, PPM-PNC alliance, to corner it on defence relations with India. This campaign largely started after India gave a Dornier aircraft, which the opposition used to start an “India Out” campaign. Last Sunday, the Maldives chief of defence forces held a press conference where he categorically stated that “no foreign armed forces are present” in the archipelago.In