The opposition and other groups have described Wickremesinghe's appointment as a 'power move' by President Gotabaya Rajapaksa, actually intended to consolidate power for as long as possible. 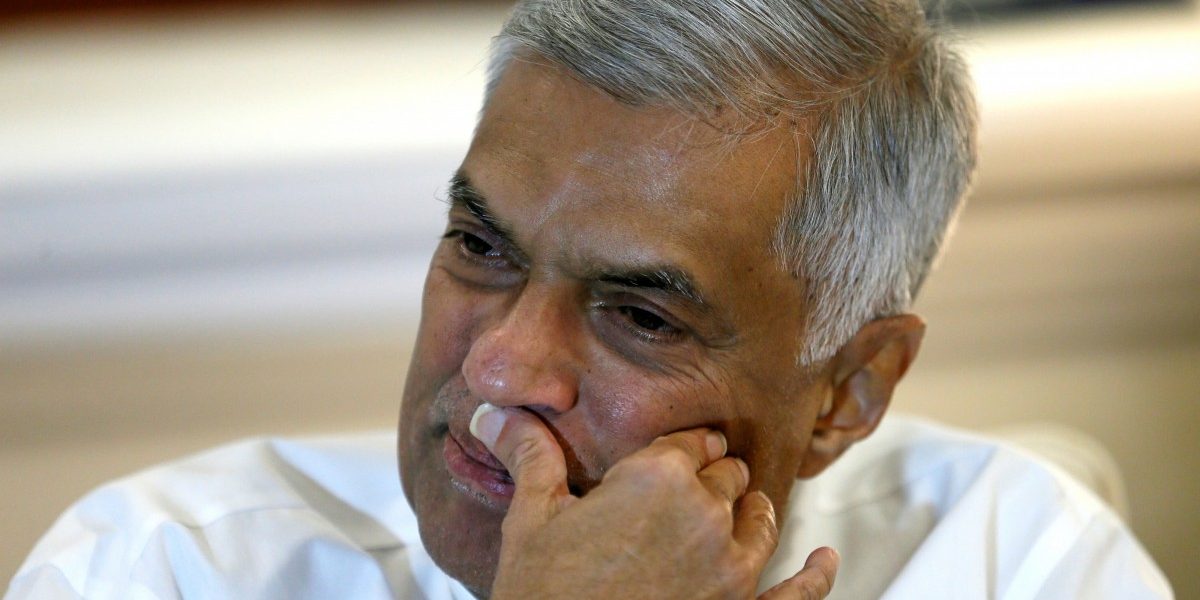 New Delhi: While Ranil Wickremesinghe has recently been appointed as Prime Minister of Sri Lanka for the sixth time, whether or not he will continue seems uncertain given that the opposition, as well as other groups, are angry with his appointment, calling it a ‘power move’ by President Gotabaya Rajapaksa to prolong his time at the helm.

Wickremesinghe was sworn in as Sri Lanka’s 26th Prime Minister by President Rajapaksa on the evening of Thursday, May 12; three days after Mahinda Rajapaksa resigned from the post in the wake of a wave of violence after his party’s supporters attacked anti-government protestors outside his residence.

Sri Lankan daily The Island, in an editorial, asserted that Wickremesinghe should “consider having ‘Houdini’ as his middle name, given his adeptness at political escapology.”

“His critics thought it was curtains for him when he and his party suffered an ignominious defeat at the 2020 general election, but a few months later, he appeared in Parliament, grinning from ear to ear as if nothing had happened. Now, he is back at Temple Trees!” the newspaper wrote.

Wickremesinghe, whose critics perceive him to be shielding the Rajapaksas, compared his situation to that of British wartime Prime Minister Winston Churchill being appointed premier after Neville Chamberlain’s resignation. “Churchill had only four members with him back in 1939. How did he become Prime Minister? Because there was a crisis. I have done the same,” Wickremesinghe said. (However, Churchill’s support was not as limited as Wickremesinghe described.)

In a late-night joint press conference, two prominent Buddhist and Christian clergy members criticised Wickremesinghe’s appointment as an “insult” to the protestors, who wanted to see the entire Rajapaksa clan out of the government.

The head of the Sri Lankan Catholic Church, Cardinal Malcolm Ranjith, said that the appointment of the United National Party (UNP) leader would lead to more unrest. “The Maha Nayaka Thera’s suggestion was for a non-partisan person. It is necessary for us to move forward from the present crisis with confidence and for that, we need a complete change of this system and not piecemeal measures out of political deals,” he said.

Chief Sanghanayake in the Sri Lanka Amarapura Sec Omalpe Sobitha Thero stated that Wickremesinghe’s return is inexplicable due to his party’s disastrous showing in the 2020 parliamentary polls. The UNP managed to win a single seat – which was not won by Wickremesinghe, the Prime Minister at that time. Instead, RW, as he is generally known as, got into Parliament through the single proportional representation seat allotted to his party.

Even as Wickremesinghe told reporters that the ‘GotaGoGama’ protests could continue, the organisers of the peaceful protests put forth a list of demands to the new Prime Minister.

The list begins with the key demand for President Rajapaksa to resign immediately, followed by the demand for the setting up of an interim government with 15 cabinet ministers, the abolition of the executive presidency, the creation of an atmosphere of inclusivity and the resolution of the economic crisis.

As Wickremesinghe officially assumed duties on Friday, the protest site opposite the prime minister’s office was renamed, ‘No Deal Gama’. It was earlier called ‘MynaGoGama’ to demand Mahinda Rajapaksa’s resignation.

Late last night, President Rajapaksa issued a letter in which he said that he had first invited Samagi Jana Balawegaya’s (SJB) Sajith Premadasa, the leader of the opposition, to form government, but that the latter turned it down because he did not want to be part of a Rajapaksa administration.

He later softened his position and dispatched a letter that he was ready to form a government with certain conditions, but by then, it was too late.

With the Sri Lankan Parliament meeting next Tuesday (May 17), Wickremesinghe will have to show that a majority supports him on the floor of the house.

While the ruling party, the  Sri Lanka Podujana Peramuna (SLPP) will support Wickremesinghe, the principal opposition, the SJB seems unlikely to do so, challenging him to “show a majority of 113 seats in Parliament” on Friday.

“We shall go ahead with the motion to denounce President Gotabaya Rajapaksa in the House next week, and if that is approved by Parliament, Premier Wickremesinghe will also have to quit as it is also a similar to a no-confidence motion against the government,” the Daily Mirror quoted SJB general secretary Madduma Bandara as saying.

Meanwhile, opposition Sri Lankan lawmakers claimed that a covert campaign has begun in which MPs are being courted to change sides and join the SLPP government.

“Even I was offered money to join the government,” alleged SJB MP Rajitha Senaratne.

Senaratne told reporters that while Wickremesinghe may be suitable for President Rajapaksa for now, the latter should not be trusted.

The SJB had been formed by Premadasa – who had been Wickremesinghe’s deputy – along with other breakaway UNP members just before the 2020 elections.

The Sri Lanka Freedom Party (SLFP) also announced that it would not be part of any government led by Wickremesinghe. However, SLFP chair and former President, Maithripala Sirisena, did not clarify whether or not his party would give outside support to the new government in Parliament.

Besides, the group of independent parties that left the ruling alliance, the Tamil National Alliance (TNA) and the Janatha Vimukthi Peramuna (JVP), announced on Friday that they wouldn’t be part of the new cabinet.

Stating that the decision taken by the President was not acceptable, the JVP leader said that Wickremesinghe’s appointment proved that they have “no clue or respect of public agitation”.

Meanwhile, general secretary of the Ceylon Workers’ Congress (CWC), Jeevan Thondaman, tweeted that Wickremesinghe would get his party’s “fullest cooperation”.

I wish @RW_UNP the best on becoming the PM.
However, there are many issues that need to be addressed without delay and I assure the fullest cooperation of the Ceylon Workers’ Congress in your effort to overcome those issues and stabilise our nation.