Though PM Prachanda’s government enjoys a resounding majority on paper, a deeply fractious political mandate in Parliamentary and state elections means an extended phase of instability. 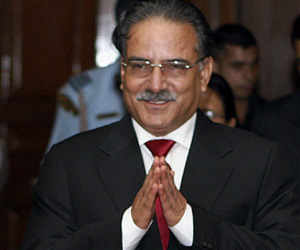 Nepal’s general elections may be over, but the political churning continues.

A deeply fractured Pratinidhi Sabha – Nepal’s House of Representatives – has propped up Pushpa Kamal Dahal or ‘Prachanda’ as the prime minister.

He now heads a seven-party coalition, where his own Communist Party of Nepal (Maoist Centre) has only 32 seats.

In the 275-member House, the Communist Party of Nepal-Unified Marxist Leninist, or CPN-UML, is the leading party, with 78 seats. Meanwhile, the largest party in parliament, the Nepali Congress (with 89 seats), is not in the government. But it has also refused to sign up as the main opposition, lending support to the new prime minister instead. In a January 10 confidence vote, only two lawmakers voted against Prachanda.

So on paper, the ruling coalition effectively has no opposition.

Unsurprisingly, in the election for the Speaker on Thursday, the candidate from the seven-party coalition handily defeated the rival candidate. The CPN-UML lawmaker Devraj Ghimire, who is the party chairman and former PM Khadga Prasad Oli’s close political ally, received 167 votes, while the Nepali Congress’s Ishwori Devi Neupane received only 100.

But there is more to this complex political story. What transpired before the election in the House floor and after the election outside explains how fractious the coalition is and its political ramifications of the new equation. The deeply divided political landscape will continue to manifest itself in various ways.

The next big date in the political calendar is the election of the president, which will take place by mid-February. The term of President Bidya Devi Bhandari comes to an end on March 13. A total of 334 members from the federal Parliament – both from Pratinidhisabha and Rastiryasabha – and 550 members from the seven provincial assemblies will vote for Nepal’s third president. All across the federal structures, there are no clear winners, and coalitions are inevitable for survival.

Also read: Why Has the Nepali Congress Supported Dahal’s Government in Parliament?

In his address in Parliament before the Speaker’s election on Thursday, Nepali Congress general secretary Biswoprakash Sharma (known for his oratorical skills) warned that the CPN-UML was trying to trap a weak Prime Minister in a cage, a political expression that has found much traction in the public debate since. According to a last-minute quid pro quo on December 25 between Prachanda and Oli, which made Prachanda a surprise prime minister (replacing NC president Sher Bahadur Deuba in office), the two communist leaders are said to have agreed to give both speakership and presidency to CPN-UML. Also, Prachanda is to give way to Oli’s premiership after the two and a half years in office.

By all accounts, Prachanda is clearly having second thoughts now. And he has articulated as much in his recent remarks, including after the Speaker’s election. To him, the political ground has shifted after the Nepali Congress voted in his favour in the January 10 confidence vote. He now seems open to the idea of electing a president with technocratic background or even an NC member. Prachanda is acutely aware of the fact that in President Bidya Devi Bhandari, CPN-UML has found a close ally these last five years each time there was a constitutional and political crisis. And given a deeply hung parliament this time, there are going to be a few more.

Predictably, CPN-UML Chairman Oli has shot down PM Prachanda’s proposal for ‘a national consensus’ to share the posts of President, Vice President, Speaker and Deputy Speaker. In an all-party meeting on Tuesday, Oli categorically ruled out such a possibility, arguing that Prachanda was supported as Prime Minister based on the agreement that his party CPN-UML would get both the posts of President and Speaker.

Indeed, the Nepali Congress may even find new allies. Of the seven parties in the ruling coalition, third- and fourth-largest parties are perceived as anti-federalist forces – the Rastriya Swatantra Party (RSP), a brand-new party, and the royalist Rastriya Prajatantra Party (RPP); the latter wants to restore Nepal as a Hindu state. Though it has elected some lawmakers with decent professional backgrounds, RSP faces some hard questions over its long-term vision and goals. For example, it didn’t field any candidate in the assembly elections. In an interview this week, a senior RSP leader said his party is “very much on a churn”. Yet another major impediment for the party (with a creditable 20 seats in Parliament) is that it very much revolves around its president Rabi Lamichhane, a former TV anchor whose public vitriol against established political parties and leaders seems to have resonated with the voters. He is now a Deputy Prime Minister (there are four!) and Home Minister. Most notably, the Supreme Court will soon start hearing on a very serious charge filed against him – holding his American citizenship while contesting the November elections. Nepal’s constitution does not allow dual citizenship.

Much like the PM’s Maoist Centre, three other parties supporting him are unequivocally pro-federalist – the Janata Samajbadi Party, Nagarik Unmukti Party and Janamat Party. The Madhesi parties could find a common ground with the Nepali Congress and the Maoist party.

Politics on a churn

The November results arguably tilted Nepal’s politics to the right and towards populism, a trend best reflected in major urban hubs. The conventional wisdom that one needs party organisations to win elections has gone up for a toss. In Kathmandu, it was nearly a repeat of the mayoral election in May last year when a 32-year-old Balen Shah, a rap singer, handsomely defeated much favored candidates from the two most established political parties – the Nepali Congress and CPN-UML.

Little known outside his professional circle, Balen Shah won as an independent candidate. His recent measures to “clean up” the capital by tearing down what he claims are unauthorised properties and removing street vendors from the streets without any long-term planning clearly appear elitist. Kathmandu after all is home to people from all 77 districts and from different socio-economic backgrounds. It remains to be seen what RSP makes of its decent showing in parliamentary elections in the capital.

With the Speaker’s election now done with, the attention of the parties has shifted to the crucial presidential election. While leaving the parliament premises after the Speaker’s election, Oli said yesterday that the possibility of electing President through national consensus has not been ruled out, but he also insisted that such a candidate has to come from his own party, CPN-UML. PM Prachanda was far more conciliatory when he said efforts were on for a broader agreement for President and Vice President: “There is still time left for the election of the President.” The next one month will no doubt see much political horse-trading and battle over the narratives.

Such will be the story of Nepal’s politics at least until the next elections. A deeply fractured mandate in both the parliamentary and state assembly elections leaves all options open. We are in for an extended phase of political instability and new political churning.

Akhilesh Upadhyay is a senior fellow at IIDS, a Kathmandu-based think-tank. Opinions expressed are personal.