As a proposed amendment bill is referred to a Senate standing committee, activists gear up to fight for their rights once again. Karachi: With what many transgender activists believe is suspicious timing, several religious political parties in Pakistan, such as the Jamiat-e-Islami, Jamiat Ulema-e-Islam and Tehreek Labbaik Pakistan, have recently been raising objections to the country’s Transgender Persons (Protection of Rights) Act, 2018.

Leaders of these parties have been calling the Act ‘un-Islamic’ and demanding amendments to it that would effectively strip the transgender community of the rights promised by the Act. According to a report published in Dawn on September 26, a bill amending the Act will shortly be sent to a Senate standing committee for debate.

Activists believe that the parties objecting to the Act four years after it was passed are planning to make the issue part of their campaigns for the forthcoming elections which are due in 2023 at the latest, pointing out that at this particular time, when Pakistan is trying to recover from the worst floods in its history and enormous parts of Sindh are still under water, there can be no other reason to suddenly bring up the issue.

According to Kami Sid, founder of the Sub Rang Society that focuses on the rights and wellbeing of gender and sexual minorities in Pakistan, religious parties tend to abhor the concept of human rights in any case. Now, with elections around the corner, they are focused on the transgender community.

“Sometimes they [the religious parties] go after women’s rights; now we are their target,” said Sid.

Before the arrival of the British colonists in South Asia, the transgender community was perceived as an integral part of society, many of its members occupying high places in Mughal governments. In the faith-based ethos of the region as well, the community was venerated as carriers of prayers. In 1897, however, the British Raj criminalised certain tribes and communities, including the hijra or transgender community. Though the criminalisation law was discarded after independence, the community has remained not just marginalised, but brutalised as well.

Better known in Pakistan as the Khwaja Sira community, the transgender community had fought long and hard for a law to recognise their rights and is prepared once again to fight the religious parties’ objections.

“The Act does not address Islamic or un-Islamic issues. It just gives us the right to have our identity recognised and it gives us fundamental rights. It helps the police change their behaviour towards us,” said Nayyab Ali, founder of Transgender Rights Consultants, Pakistan.

Also read: Pakistan Floods: ‘It Will Take Us a Decade To Stand on Our Own Feet Again’

Added Bindiya Rana, founder of Gender Interactive Alliance, “In 2018, suggestions made by the opposition parties, the ruling party, religious groups, the Islamic Council, lawyers and the Supreme Court were added to the bill and after a long process, the Act was approved. Now, four years later, what makes the religious parties oppose the Act?”

The National Assembly of Pakistan enacted The Transgender Persons (Protection of Rights) Act, 2018, on May 8, 2018, providing the transgender community with fundamental rights in health, education, government and security.

The definition of a transgender person according to the Act is: “Intersex (Khusra) with a mixture of male and female genital features or congenital ambiguities, or (ii) Eunuch assigned male at birth but undergoes genital excision or castration; or (iii) a Transgender Man, Transgender Woman, Khawajasira, or any person whose gender identity and/or gender expression differs from the social norms and cultural expectations based on the sex they were assigned at the time of their birth.”

Since the Act was passed, transgender persons have had the right to register themselves as transgender female and transgender male, which is a significant advance for the community’s identity. In 2010, a time when no law in Pakistan recognised the existence of transgender persons, the Supreme Court had ordered the community to register for national identity cards—identification documents based on which citizens can access financial and social services. However, the national identity cards offered only two gender options, female and male, giving members of the Khwaja Sira community no choice but to register as women or men.

The legislation had taken two years to be passed, Bindiya said. After it was enacted, some 80% of Pakistan’s society had begun to accept the existence of the Khwaja Sira community and even consider the problems faced by the community. “Now, their behaviour has changed due to the religious parties’ stand,” said Bindiya.

Due to the religious parties’ constant claims that the Act promotes same sex relationships and other un-Islamic values, the harassment of members of the transgender community has noticeably increased in the last few weeks. On September 27, for example, a transgender person was brutally murdered in Khyber Pakhtunkhwa.

But as activists point out, there are no references at all in the Act to same sex relationships and un-Islamic values. If such clauses do exist, they say, the religious parties must point them out. However, no religious party so far has shown any clause of the Act to support their claims.

“Even the Islamic Council approved the bill,” said Kami Sid. “The bill gives us basic human rights. It neither gives us property nor a palace.”

She added, “The propaganda spread against the Act will lead to violence against our community. When transgender persons are raped, brutally murdered, and harassed, no religious political parties speak up. Don’t we require human rights?” 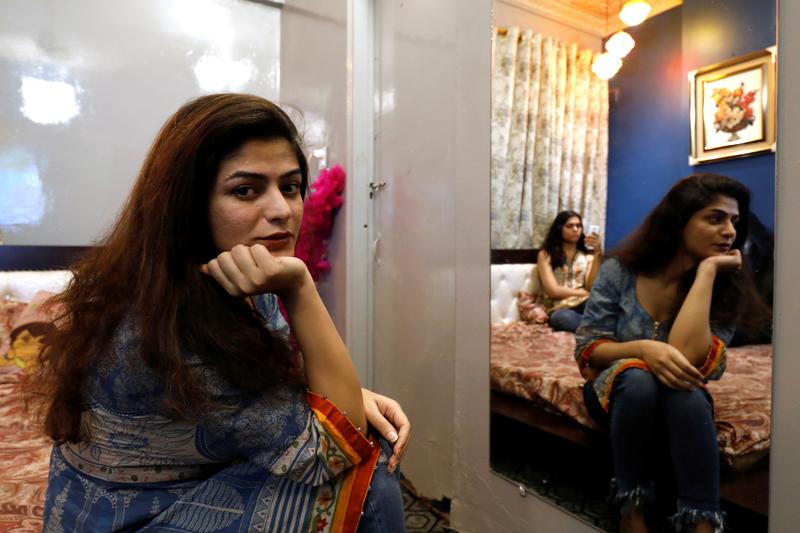 To counter the propaganda of the religious parties, activists point to Egypt and Iran. Both are Islamic countries and both have legalised sex-reassignment surgery.

“The opponents of the Act say that the Act was created because it was ‘America’s agenda’. They seem to be dying for a call from America! We are asking them not to discuss America. Instead, tell us about Iran and Egypt and then tell us if the Act is un-Islamic,” said Bindiya.

The religious parties’ claim that the Act supports same sex relationships by allowing men to marry men and women to marry women, which is un-Islamic, is also easily countered, said Bindiya.

“The National Database and Registration Authority (NADRA) has a strict registration process. If a man is discovered to have been registered as a woman, then the parties must show us proof of this,” she said. “In any case, this has nothing to do with the transgender community.”

She referred to the case of a woman in Sindh who claimed she was actually a transgender man and whose claim was approved by the Sindh High Court some years ago. “Why were the religious parties silent then?” Bindiya asked. “If a woman undergoes sex-reassignment surgery, will you thwart her and let her die? She is the creation of God, and it is important to protect her.”

According Senator Mushtaq Ahmed Khan, a member of the Jamaat-e-Islami Pakistan, some 23,000 people have changed gender since the Transgender Act was passed.

“But only 27 reassignment cases have actually been registered,” said Nayyab.

The issue is somewhat clouded by the fact that those transgender persons forced to register as female or male in 2010 changed their gender identities to transgender female or transgender male after the Act was passed.

The community has been feeling isolated since opposition to the Act began. Mainstream political parties are silent on the issue and no such strong voice has come forward to support these citizens of the country.

Meanwhile, Senator Mushtaq recently stated that one million videos would be uploaded on social media against the Act, which will create more trouble for the transgender community.

Just having their identity recognised was long and painful journey for the transgender community, said Bindiya. “Now that we have a window of hope, religious political parties want to lock the door again,” she said.

Nayyab is disappointed, but ready for battle. “We will fight for our existence. We will knock on the doors of the Supreme Court for justice,” she said.

Veengas, a Karachi-based journalist, is the founder of The Rise News. She tweets @veengasJ.