Independence of Pakistan’s Judiciary is Under Threat

The resolution to remove Justice Qazi Faez Isa for "criticising the army and the ISI" in his Faizabad case verdict shows "there are clamps on freedom of speech within the judiciary". 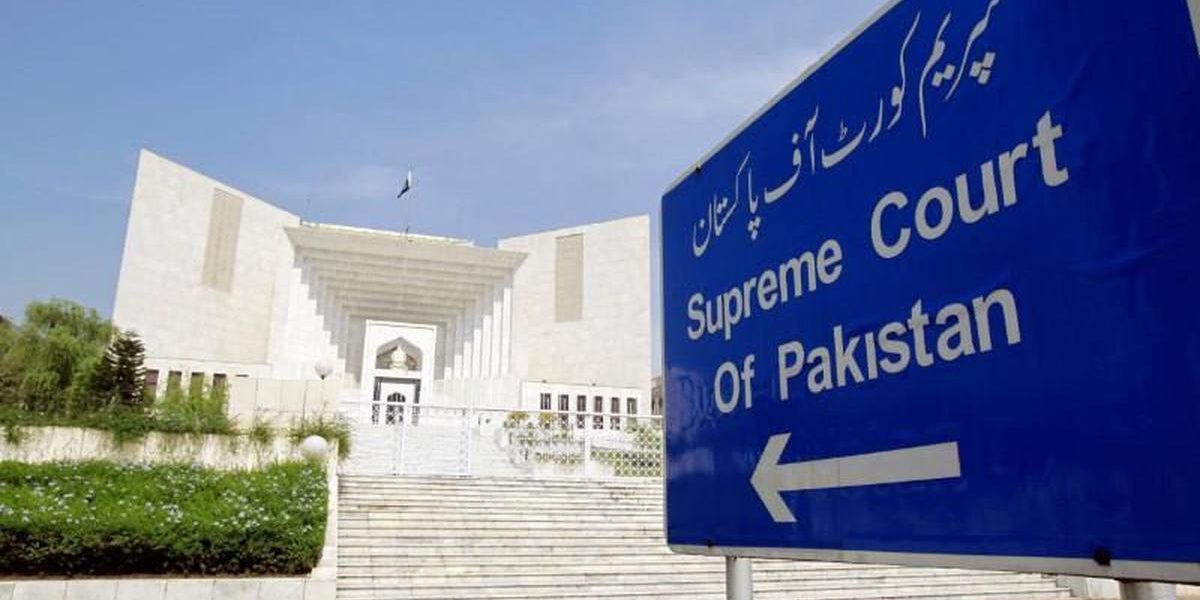 Lahore: The ‘Faizabad sit-in’ may just have been one of the major events in the political landscape of Pakistan – but what followed has highlighted several boiling issues.

The sit-in was a reaction to a trivial issue raised by a religious party, which blocked a major junction for days, resulting in rioting and terror spreading on the streets. This was in 2017.

The Supreme Court took up a suo motu case, and the verdict was delivered in February 2019.

However, in April, a six-member executive committee of the Punjab Bar Council came up with a resolution to remove Justice Qazi Faez Isa – who had authored this verdict. The committee said Justice Isa had “criticised the army and the ISI”.

For some, this is a ridiculous claim, and they believe that the true loyalties of this Punjab Bar Council committee lie elsewhere.

The verdict was issued by a two-member bench of the Supreme Court comprising Justice Isa and Justice Mushir Alam, and it gave facts and details of the sit-in staged by the Tehreek-e-Labbaik Pakistan (TLP) at the Faizabad Interchange in the federal capital, Islamabad.

In its verdict, the court had directed the federal and provincial governments to monitor all elements “advocating hate, extremism and terrorism and prosecute the perpetrators in accordance with the law”. More controversially, it gave a bold statement telling all institutions of the state, including its agencies, to stay within their mandate.

The recently-formed TLP had objected to the language of one of the election laws. The parliament resolved the misgivings but the TLP continued its protest, and on November 5, 2017, they occupied the interchange – one of the main points connecting Islamabad and Rawalpindi.

They also demanded the removal of the law minister and then called for the resignation of the government itself.

The verdict, which was authored by Justice Isa read that the leaders of the dharna “intimidated, hurled threats, abused, provoked and promoted hatred; the media (also) provided unabated coverage to the TLP. Instead of ideally giving lukewarm coverage to the group of hooligans, most of the media – especially broadcast media – chose to play a sensationalist role.”

“Some unscrupulous talk-show hosts incited and provoked citizens,” further read the detailed verdict. “The free publicity made TLP, a little known political party, into a phenomenon. TLP’s leadership became ever more intransigent, abusive and aggressive. With each passing day, as they grew in strength and number they became delusional and alleged that people would be rendered objects of Divine displeasure (which is a criminal offence) unless they followed the chosen path of the TLP.”

The court had invoked jurisdiction under Article 184 (3) of the constitution with regard to protecting the fundamental human rights of citizens, because by now the protests had turned violent and spread to other cities. 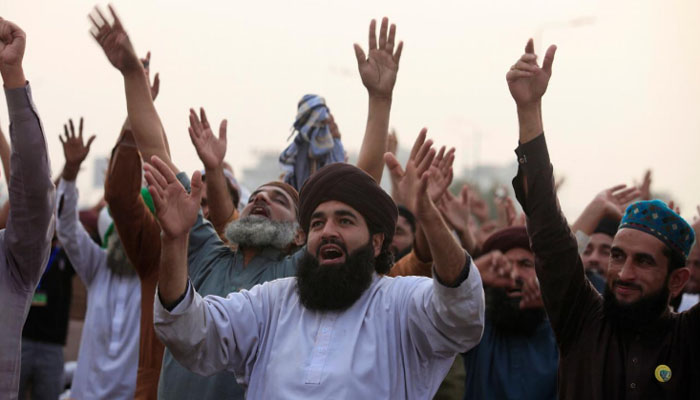 Members of the Tehreek-e-Labaik Pakistan shout slogans during the Faizabad sit-in. Credit: Reuters

Protestors had begun gathering on main roads, even highways, pelting stones and damaging and burning vehicles and other property.

The worst hit were those that sought medical treatment. Ambulances, doctors, paramedical staff and others providing emergency services, including firefighters, bomb disposal squads and rescue services, were prevented from rendering emergency assistance.

The impact soon reached its height with an eight-year-old boy dying when he failed to reach the hospital in time – because the dharna prevented the ambulance from moving. Countless others suffered as they were deprived access to doctors and medical facilities.

The government then invoked Article 245 and sought the assistance of the army. But before the army could be deployed, the matter was resolved between the government and the protestors on the night of November 26, 2017, and TLP and its supporters, who received payment from men in uniform, dispersed. The moment was captured on video.

The footage went viral. It was indeed ‘rare evidence’, as a BBC report suggested, of what seemed to be a soft spot of the military for religious groups.

Meanwhile, the media continued its sensationalist frenzy. The ISI’s own report identified “Channel 92” as a channel supporting the TLP and stated that its owners had supplied food to the protestors occupying the Faizabad Interchange. The regulatory authority PEMRA did not take action.

At one point, the verdict reads:

“The perception that ISI may be involved in or interferes with matters with which an intelligence agency should not be concerned with, including politics, therefore was not put to rest.”

In fact, the verdict even refers to the controversial “Asghar Khan case”.

The late Air Marshal Asghar Khan, the youngest officer who headed Pakistan’s Air Force, was concerned that the ISI and some armed forces personnel were pursuing a political agenda. He expressed these concerns to the Supreme Court, which took cognisance of the matter under Article 184 (3), as it was a matter of public importance regarding the enforcement of fundamental rights.

The decision in the case of Air Marshal Asghar Khan declared that:

“Involvement of the officers/members of secret agencies i.e. ISI, MI, IB, etc. in unlawful activities, individually or collectively calls for strict action being, violative of oath of their offices, and if involved, they are liable to be dealt with under the Constitution and the Law.”

Again, these thoughts surfaced at the time the dharna participants received cash from the military men.

With regard to the ISI and other agencies, the decision concluded that:

“All intelligence agencies (including ISI, IB and MI) and the ISPR must not exceed their respective mandates. They cannot curtail the freedom of speech and expression and do not have the authority to interfere with broadcasts and publications, in the management of broadcasters/publishers and in the distribution of newspapers. The Constitution emphatically prohibits members of the Armed Forces from engaging in any kind of political activity, which includes supporting a political party, faction or individual. The Government of Pakistan through the Ministry of Defence and the respective Chiefs of the Army, the Navy and the Air Force are directed to initiate action against the personnel under their command who are found to have violated their oath.”

It was this kind of tough cross-questioning and speaking of mandates that the Punjab Bar Council took offence to. They claimed that Justice Isa had violated laws by “targeting intelligence agencies” in the Faizabad sit-in case.

“He should not have ‘mocked’ the state institutions … the Pakistan army,” said their resolution.

The sentiment was, however, not greeted warmly across the board. In fact, it seemed as if those behind the resolution were in a minority, not even fully supported by some members of their own council.

One Punjab Bar Council member, Rana Intizar Hussain said that the executive committee did not represent the whole house of the council, neither did it have the mandate to pass such resolutions. 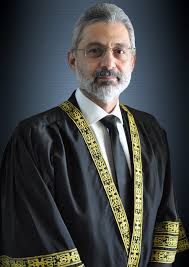 “We must express our severe disappointment with the six members of the PbBC who were elected to be the voice of the legal fraternity but have chosen, instead, to become puppets of the puppet master,” read SBC’s scathing retort, adding that such a resolution was only trying to sabotage the unity of the legal fraternity.

In a matter of a day, the Pakistan Bar Council (PBC) – the body that regulates the affairs of the legal fraternity – rejected the resolution and described it as uncalled for, and an unnecessary one that transgresses the independence of the judiciary.

The Human Rights Committee chairman of the PBC, Abid Saqi, said that there was an overwhelming majority supporting Qazi Faez Isa and there was absolutely nothing to be concerned about.

“It’s just something foolish, as there are no justifiable grounds to think of removing him,” he said. “Definitely, there are factions within the judiciary but there is a tangible presence of those who are standing with Qazi Isa.”

Saqi said that the armed forces were not ridiculed in any way. In fact, most of the judgement was based on facts. “Is it incorrect to say that stipends were being distributed among the TLP thugs?” he asks. “Different institutions of the country are given their limits by the constitution of Pakistan. But unfortunately, many of us do not bother to even give the constitution that kind of respect.”

Meanwhile, review petitions have been moved by the PTI, the Ministry of Defence, Intelligence Bureau (IB), Election Commission of Pakistan (ECP), railways minister Sheikh Rashid Ahmed, the Pakistan Electronic Media Regulatory Authority (Pemra), Ijaz-ul-Haq and the Muttahida Qaumi Movement. One of the review petitions by the defence ministry pleaded to set aside explicit or implicit adverse observations implicating the armed forces and or the ISI, in particular the declaration to the armed forces, be recalled.

The Karachi Bar Association questioned the filing of these petitions, pointing out that an attempt by non-democratic forces to intimidate independent judges was being made. It linked Justice Isa’s courageous stance in the Quetta carnage case as well as his orders and observations made in the Faizabad dharna case regarding the performance of intelligence agencies and other state functionaries.

Meanwhile, an office bearer of the SBC, advocate Haider Imam Rizvi says this was not the first time that Qazi Faez Isa has been targeted.

Rizvi said that earlier, the PBC had adopted a resolution on April 6, 2018, against the backdrop of a hearing of a petition moved before the Supreme Court challenging the appointment of Justice Isa. This petition was dismissed by the apex court. Likewise, he was also targeted after Qazi Isa gave a strongly-worded verdict after a carnage in Quetta in which 70 lawyers were killed in a blast in the court there.

“Justice Isa is an upright and competent judge of the apex court, who has always discharged judicial functions without any fear and favour,” says Rizvi. “It is also unfortunate that Justice Qazi has been accused of strengthening the narrative of RAW and India by criticising the role of intelligence agencies in the Faizabad dharna judgment. In fact, his flaw seems to have been his truthfulness and integrity.” A similar statement was passed by the SBC.

Yasin Azad, another lawyer from the Asma Jahangir group, says that such incidents show there are mysterious forces seeking to influence and pressurise the judiciary.

“If you just take a look at the cabinet, you can see that 80% of the people are from General Musharraf’s cabinet with 22 unelected people in the cabinet,” he says. “The holistic picture is that institutions are not as independent as they used to be. We have always stood against the existence of military courts as these are illegal. Seventeen judges once voted against them, but as soon as a little pressure was increased, 11 of those same judges ruled for them. Military courts should not even be accepted by the Supreme Court.”

At the same time, the PBC has also been involved in encouraging a culture of protests, strikes and of passing inane resolutions. Another lawyer says there is overall deterioration of professionalism in this council as it chose to politicise itself when there was already an appeal of the case pending before the Supreme Court. It is even more worrying that they would demand the resignation of a Supreme Court judge over this issue. Haider Imam Rizvi believes it is not just political, there is also a large extent of radicalisation of lawyers, especially in Punjab.

“This demand by the Punjab Council shows that there are clamps on freedom of speech within the judiciary,” says Rizvi.

Besides, it is clear that if the judge was to be removed, in future all judges will be under threat.