For Growth, Pakistan Needs Peace Talks With India. But What Will India Get In Return?

General Qamar Bajwa signalled that the Pakistan Army is ready to resume peace negotiations with India to focus on development.

Pakistan army chief General Qamar Javed Bajwa seems ready to resume talks on Kashmir with India, a process that was interrupted by General Pervez Musharraf’s ouster in 2008. What’s more, he is happy to do so under Musharraf’s ‘four-point formula’, senior Pakistan Army officers told this author at the Islamabad Security Dialogue, which was held on April 1 and 2.

Interestingly, on the first day of the conference, Moeed Yusuf, who was then the national security advisor, also told the author in an informal chat that the Musharraf formula could be the basis of bilateral interaction between India and Pakistan. Yusuf resigned from his position on April 4 after Pakistan President Arif Alvi ordered the dissolution of the national assembly.

In his keynote address on April 2, General Bajwa said that he wanted good relations with India because “Pakistan will benefit if we improve ties with India”. Holding up the ceasefire agreement along the Line of Control (LoC) as evidence of Pakistan’s sincerity, General Bajwa said that it “has been peaceful since a year”, a fact corroborated by Indian Army Chief General M.M. Naravane on some occasions in the months after the agreement was signed in February 2021.

General Bajwa continued, “Since Pakistan’s concerns are its people, we want to put the money where the mouth is. Today, Pakistan stands at the crossroads of its economic and strategic goals. It has north-south connectivity [Pakistan to Afghanistan to Central Asian Republics and Russia]. We want to build connectivity from east to west [India to Iran]. This will increase trade and benefit Pakistan and the region. We want to move from geostrategy to geoeconomics and make Pakistan a modern and forward-looking country.”

When asked how he intended to realise his vision, General Bajwa said, “It is time [for India and Pakistan] to move on. Let us sit down and resolve our issues including Kashmir… We want development first.” 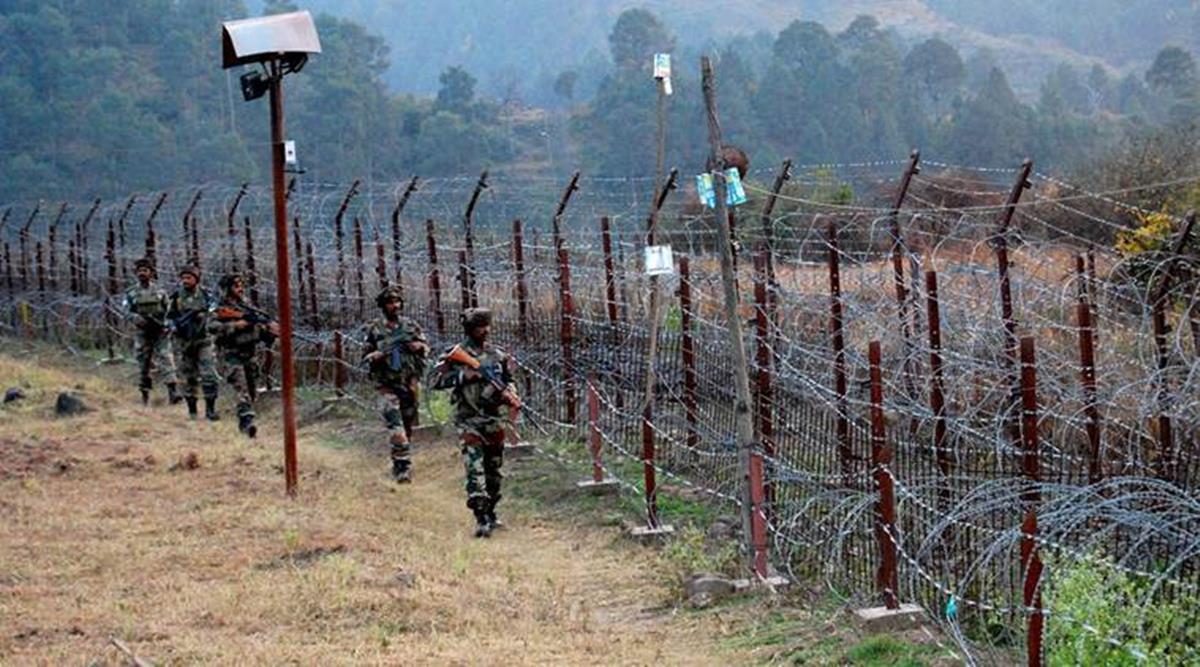 According to General Bajwa, the Pakistan military spends $8-9 billion annually on the defence sector and has approximately 560,000 active-duty personnel in the army. “We have done a study whereby we can reduce the [size of the] army substantially over the next five years. The money saved could be used for modernisation of firepower and cyber security,” he said.

Two senior serving army officers told the author that Pakistan was willing to start the bilateral talks under the ‘Musharraf formula’, which was proposed to former Prime Minister Manmohan Singh.

One of the officers mentioned above said that since both India and Pakistan are nuclear-weapon powers, neither can take territory in the other’s control by force. Hence, the answer lies in holding a sincere dialogue on Kashmir.

“Just as India and China hope to resolve their border dispute peacefully, we should do the same with overall improvement in relations,” one of the officers said.

On my specific question on the revocation of Kashmir’s special status, one of the officers said that the move did not matter to Pakistan since the country in any case did not recognise Article 370 of the Indian constitution. However, the reading down of Article 35A, which can lead to demographic changes in the Kashmir Valley, was a matter of concern, he said.

The officer quoted above said that General Bajwa had recounted to his senior staff a conversation he had with the Chinese President Xi Jinping. The dialogue had “resonated” with the Pakistan army chief.

Xi had supposedly told General Bajwa that China “waited 98 years to get Hong Kong back from the British and 103 years to get Macau back from the Portuguese. But this did not stop China from working for the economic development and upliftment of the people of the nation”.

However, the question is, will this sentiment resonate with Bajwa’s successor too – he is expected to serve in his position until November 2022 – or is he hoping for another extension?

It is noteworthy that Pakistan’s first National Security Policy (NSP) made by the hybrid government of Imran Khan and General Bajwa emphasizes upon “human security” – meaning the nation’s development and prosperity are priorities instead of traditional defence. Since the army is a part of the NSP, any new government in Pakistan will have to abide by the policy, which includes peace talks with India.

If the LoC does indeed become a soft border, trade with Pakistan occupied Kashmir would be easier. Bilateral trade and normalisation of relations between India and Pakistan could then follow, the author’s interlocutor said.

Pakistan, and especially its army leadership, seem to be greatly inspired by China’s economic rise and believe that Pakistan can benefit enormously from the China-Pakistan Economic Corridor (CPEC), the flagship of Xi’s Belt and Road Initiative.

The CPEC’s phase-II, which was signed between Pakistan and China in February this year, revolves around the creation of special economic zones, industrialisation, and information technology with the Gwadar deep-sea port as the regional connectivity hub. Within five years, it is expected that Gwadar will be connected to Nepal, Afghanistan, the Central Asian Republics (Kyrgyzstan, Tajikistan, Uzbekistan, Turkmenistan, and Azerbaijan), Kuwait, Bahrain, Qatar, Saudi Arabia, Iran, United Arab Emirates and Oman, with the help of China.

The fourth industrial revolution, which emphasises on artificial intelligence (AI) and data, has already begun in Pakistan. With the help of Chinese companies, the country is building data centres. In August 2020, the Pakistan Air Force established a national nodal agency for AI and its applications, called the Centre of Artificial Intelligence and Computing (CENTAIC).

However, to accomplish all these goals, Pakistan needs to have peace with India.

What if all of this is strategic rhetoric by Pakistan to bolster its global image?

This seems unlikely given the effort put in by both Pakistan and its strategic mentor, China, to kickstart talks between India and Pakistan. Both are cognizant of the fact that with a majority in the Indian Parliament, Prime Minister Narendra Modi can do what his predecessor, Manmohan Singh, could not. In any case, by holding Pakistan to its words, the reality would become apparent in little time.

Why should India resume talks?

What does India get in return? If the LoC becomes a soft border, India’s two-front war strategy and the Cold Start doctrine against the Pakistan Army, which has not been war-gamed, will not be put to test. The Jammu and Kashmir Union Territory will achieve normalcy and the Indian Army can reduce counter-terror operations.

This move could substantially reduce the Indian Army’s strength, and with the ensuing savings, India could invest in the emerging dual use technologies. Therefore, if understood from this perspective, peace with Pakistan would be a win-win not only for the two nations but for the region as well. However, if India continues to stonewall these peace overtures and tries to improve bilateral ties with China alone, the problem of the two military lines will not go away. It would still need to maintain round the clock vigil on the Line of Actual Control since the Tibet Autonomous Region and Xinjiang are the People’s Liberation Army’s permanent habitats.

Additionally, the Indian Army will need to cater for the LoC with Pakistan which can switch to ‘hot war’ from ‘cold peace’ at a short notice. And Kashmir would remain restive.

Pravin Sawhney is editor of Force news magazine. His book on artificial intelligence in warfare, titled The Last War: India’s Final Showdown With China will come out in August.