As the family of the two underage Hindu girls who were abducted and forcibly married off fights their case in court, experts question why the investigation committee has no Hindus on board. 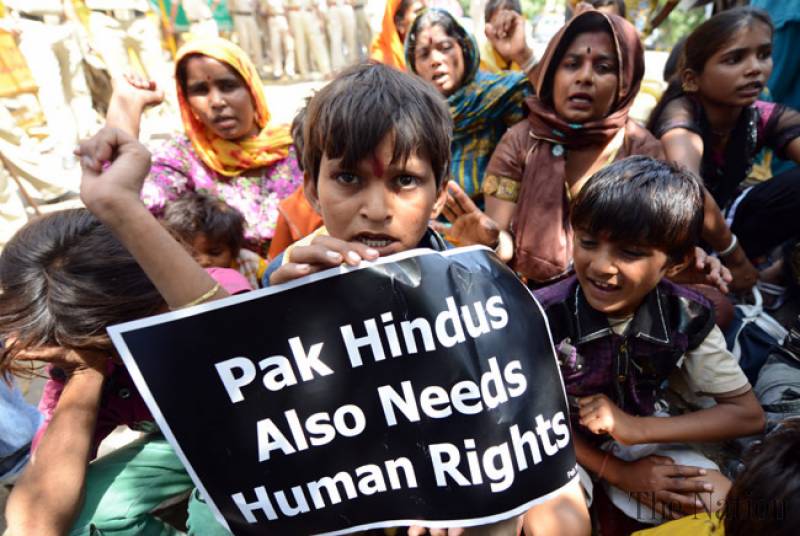 Karachi: On April 2, 2019, the Islamabad high court formed a five-member committee to investigate reports on the abduction and forcible conversion of two allegedly underage Hindu girls, Reena and Raveena. The committee was instructed to thoroughly look into case and submit a report when it will be heard next on April 11.

Along with loopholes in legislation that make navigating the legal aspects of the case tricky is the glaring fact that the committee comprises entirely of Muslims.

Getting around a law

In March 2019, sisters Reena and Raveena were allegedly abducted and then forcibly converted to Islam. They were then reportedly married off to two men, both of whom were already already married and had fathered children.

Before getting married, the girls, they were reportedly first taken to Rahim Yar Khan, a city in the Punjab province of Pakistan. This was largely done to evade legislation that the Sindh government had enacted to prevent child marriages, called the Sindh Child Marriages Restraint Act of 2013.

The Act makes it a criminal offence to marry or force girls below 18 years of age into marriage. However, in the Punjab province, the age limit is 16. Sixteen is also the Pakistani government’s official lower age limit for girls to marry. 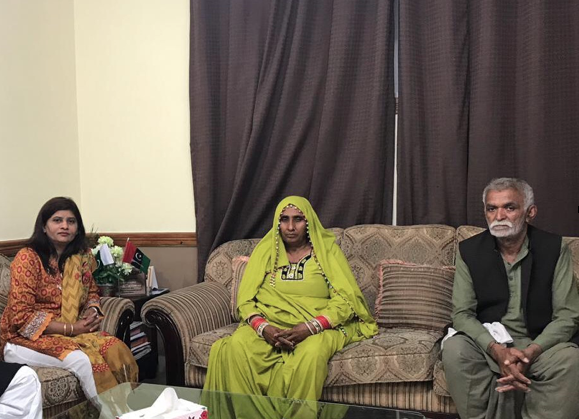 “We sent the girls to Islamabad to avoid falling foul of the Pakistan Peoples Party-run Sindh government . The courts of Sindh send girls married before 18 years back to their parents. In Islamabad, there are many Muslims who support us,” said Mian Mitho, who runs the Bharchundi Sharif at Ghotki, which lies to the north of Sindh, in a televised interview. The shrine is involved in several ‘forced conversions’ cases.

Reena and Raveena’s brother Shaman said the two are minors. “But because they have never been to school, we neither have school certificates nor birth certificates to prove that,” he said.

Because his sisters are girls, Shaman said, and because they are very poor, it never occurred to them to obtain papers. “We never thought we would have to go through something like this one day,” he said.    .

However, the alleged abductors of the girls have submitted medical reports to the court of bone tests done on the girls that allegedly prove that they are not minors. The Wire is in possession of these medical reports.

Gulbaz Mushtaq, counsel for the girls’ father Hari Lal said that they do not believe in the veracity of the reports. “The results of the bone test can vary according to the environment. We have held in court that the medical report should be examined by a medical board which should decide whether the girls are minors or not,” Mushtaq said.

The girls’ family is being backed by the Pakistan Peoples Party administration of Sindh. “Since the first day, we have been with the victims’ family. We believe that the parents know how old their daughters are. And we support the statement of their father,” said barrister Murtaza Wahab, Sindh chief minister Syed Murad Ali Shah’s advisor on information, law and anti-corruption, .

The question of mistreatment

Support of the provincial government notwithstanding, the girls’ father Hari Lal was allegedly asked to bring a Muslim man as a witness by local authorities when he had gone to procure his daughters’ birth certificates. “If any mistreatment has been meted out by the authorities, submit adequate proof. The Sindh government will definitely take action against those responsible,” said Wahab.

Why, if the government is so intent to support the victims, did it not take action when the reports of the conversions first came to light? “Sindh government has a law on child marriage, we could indeed have done something thanks to  the law, but the girls were sent to Punjab, and then Islamabad, where the nations’ ruling party Pakistan Tehreek-e-Insaf is, I believe, supporting the culprits,” said Wahab.

The PTI, on the other hand, blames people like Mian Mitho. Lal Chand Malhi, who was elected as a member of the Pakistan national assembly from a seat reserved for minorities, said Mitho’s organisational strength is to blame. “This helps him bring girls to Islamabad, where he has clout,” said Malhi.

The legislator also expressed grave doubts over the level of justice that can be expected in this case. “How can someone expect fairness when the girls themselves were brought to the court by their abductors? In the name of ‘forced conversion,’ a much serious offence of abducting girls at gunpoint is being committed. The constitution of Pakistan should ensure that all citizens are treated equally and have equal rights,” Malhi said, adding that he too supports the girls’ father’s statement.

A probe panel without Hindus

The court has also asked the committee to submit an additional report within the month, specifically on the Sukkur division of Sindh, in which it will look into why similar cases have erupted in the region recently.

The panel, however, is visibly devoid of Hindus – a fact that has not escaped the notice of those watching the case closely. “Hindus have been victimised in Pakistan and their daughters have been abducted for years. The court should have selected a member from a Hindu or at least a non-Muslim community to gain our trust that the process is being conducted fairly,” Malhi  said. The national assembly member, however, was quick to add that he has faith that the committee will aid in bringing justice to the victim’s family.

Pakistan Peoples Party’s Krishna Kumari Kohli, who is the first Hindu Dalit woman to become senator in Pakistan, also said Hindu members should be part of the investigation committee. “I firmly stand by the victims’ family and demand a fair investigation by the committee,” Kohli, who has met the parents of the girls, said.