Swaraj’s assertion about Pakistan not being mindful of Sikh sentiments, Qureshi said, was a deliberate misrepresentation of his words. 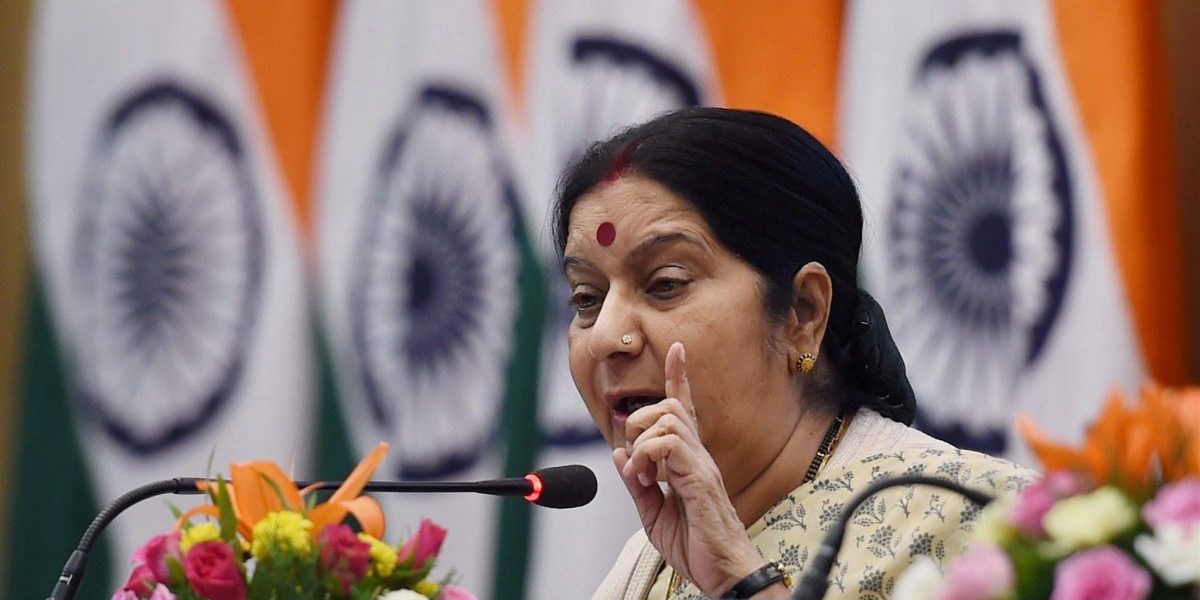 During an event to mark the Khan government’s first 100 days on November 29, Qureshi said it had “bowled a googly at India by opening the Kartarpur border corridor”.

“Mr. Foreign Minister of Pakistan – Your ‘googly’ remarks in a dramatic manner has exposed none but YOU. This shows that you have no respect for Sikh sentiments. You only play ‘googlies’,” she posted in the first of two tweets on Saturday (December 1) night.

Swaraj was referring to Pakistan repeatedly stating that the demands of Sikh community to open the border for pilgrimage to Gurudwara Darbar Sahib had been the main reason for Islamabad agreeing to the Kartarpur project corridor.

She asserted that India was not “trapped” and that the two ministers only went to Kartarpur Sahib to “offer prayers”.

Let me explain to you that we were not trapped by your 'googlies'. Our two Sikh Ministers went to Kartarpur Sahib to offer prayers in the Holy Gurudwara. /2

The response from the other side came on Sunday afternoon.

Qureshi replied through his Twitter account that his comments were about talks with India. Swaraj’s assertion about Pakistan not being mindful of Sikh sentiments, Qureshi posted, was a deliberate misrepresentation of his words.

Dragging my comment towards "Sikh sentiments" is a deliberate attempt to misrepresent & mislead. What I said was strictly with ref to bilat.interaction with the Indian Govt. We have deep respect for Sikh sentiments & no amount of distortions or controversies would change it. 1/2

In deference to the long-standing desires of our Sikh brethren, we decided to open the Kartarpur Corridor. We have taken this historic initiative in good faith and will carry it forward in good faith. 2/2

The Pakistani foreign minister had invited Swaraj to the ground-breaking ceremony, but the latter had declined it due to “prior commitments”. India sent minister for food processing, Harsimrat Kaur Badal and minister of state for urban development, Hardeep Singh Puri as representatives of government of India.

Earlier during an interaction with Indian journalists in Islamabad, Qureshi had said that it was “not a googly”.

When asked whether he was disappointed by Swaraj’s response that Kartarpur didn’t herald talks, Qureshi responded in the negative. “No, I am not, because my expectation wasn’t too high”.

The Pakistan foreign office had issued a statement on Saturday that it was “dismayed at the relentless negative propaganda campaign being waged by a section of the Indian media against Pakistan on the “Kartarpur Corridor” Initiative”.

“We categorically reaffirm that the initiative to open this Corridor has been taken by the Government of Pakistan solely in deference to the longstanding wishes of our Sikh brethren, and especially in the wake of the forthcoming 550th birth anniversary of Baba Guru Nanak Dev ji. Attributing any other motives is purely malicious,” the statement said.