The cricketer-turned-politician is in the crosshairs these days for buying gifts, including an expensive Graff wristwatch he had received as PM, at a discounted price from the state depository and selling them for profit. 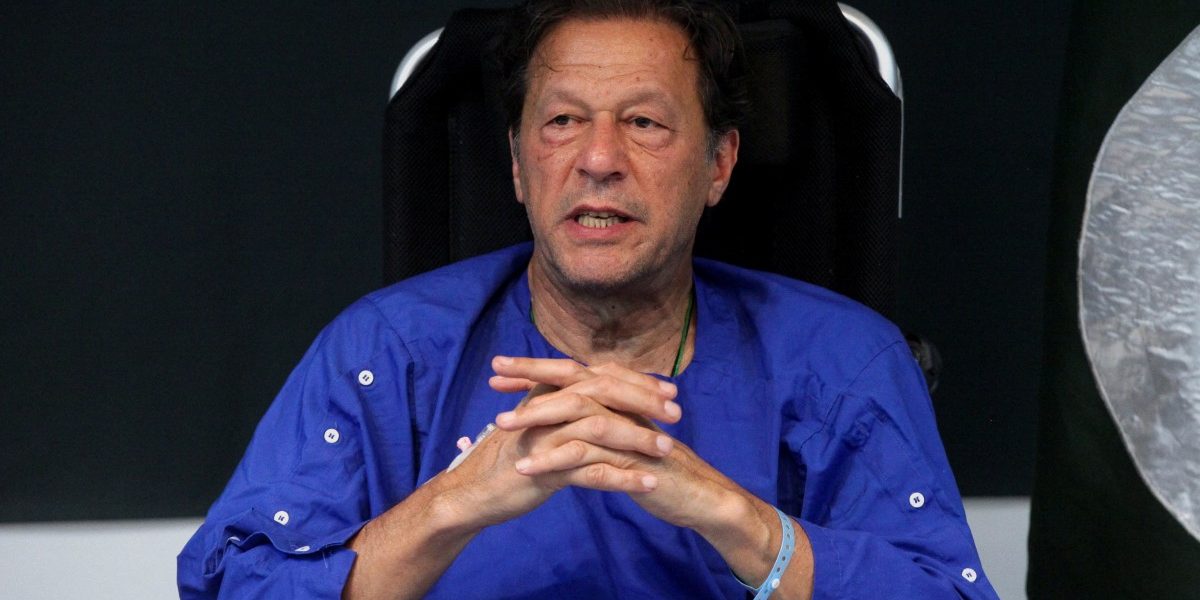 The 70-year-old cricketer-turned-politician is in the crosshairs these days for buying gifts, including an expensive Graff wristwatch he had received as prime minister at a discounted price from the state depository called Toshakhana and selling them for profit.

During a television programme on Monday, Defence Minister Asif said Khan “had sold a gold medal which he had received from India,” the Express Tribune newspaper on Tuesday quoted the senior Pakistan Muslim League (PML-N) leader as saying.

Asif did not provide any details about the gold medal Khan allegedly sold.

Meanwhile, a coin collector claimed on Tuesday that he purchased the medal given to Khan by India from a private coin seller in Lahore for less than Rs 3,000.

Shakeel Ahmad Khan, who belongs to Kasur near Lahore, made the claim while participating in a talk show of Geo New television channel.

Shakeel said that the medial was in a bad shape but after cleaning it thoroughly, he came to know that it was a special medal. “Further probe showed that it was the medal given by Cricket Club of India to Imran Khan in 1987 in Mumbai,” he claimed.

He said he donated the medal to the Pakistan Cricket Board for free.

“The PCB accepted the donation and also gave me a certificate,” he said.

The show host, Hamid Mir, said while interviewing Shakeel, that Imran Khan and his team had played a match in Mumbai and the interesting part of the match was that Pakistan player Abdul Qadir was injured and Sachin Tendulkar had fielded for Pakistan as a substitute.

Khan’s actions are not illegal per se but are contrary to the high moral standards Khan always had talked about, the Express Tribune report said.

Usually, such gifts are either permanently deposited in the Toshakhana or can be bought by the person who received them at a lower price.

Khan had been disqualified by the Election Commission of Pakistan for making “false statements and incorrect declaration” in the Toshakhana issue.

On September 8, the deposed prime minister admitted in a written reply that he had sold at least four presents he received during his tenure as premier, according to the report.

Meanwhile, addressing a session of the National Assembly, the defence minister took a dig at Khan and said the former prime minister has “gone mad for power.”

He said Khan should not “target” the institutions that “supported him unconditionally” during the last four years.

Asif said that the PTI chairman could not deliver despite the assistance extended to him by the institutions that backed him. He noted that Khan was censuring the armed forces of the country despite the fact that they had announced to remain apolitical.

“After 75 years, we are at a point where we can say that all the institutions are playing their constitutional role. These institutions extended unconditional support’ to Imran Khan,” he said.

“He (Imran) should not attack these institutions but rather should be ashamed of himself that despite their assistance he could not perform.”

Khan, who escaped an assassination attempt earlier this month, is expected to relaunch his long march this week, demanding early elections.

Khan was ousted in April after a no-confidence motion was passed against him.