The Chief Justice of Pakistan Must Exercise Self Restraint

Justice Saqib Nisar seems to be obsessed with the idea of constructing dams in Pakistan to alleviate the water shortage problem in the country, so much so that it seems to have become a bee in his bonnet. 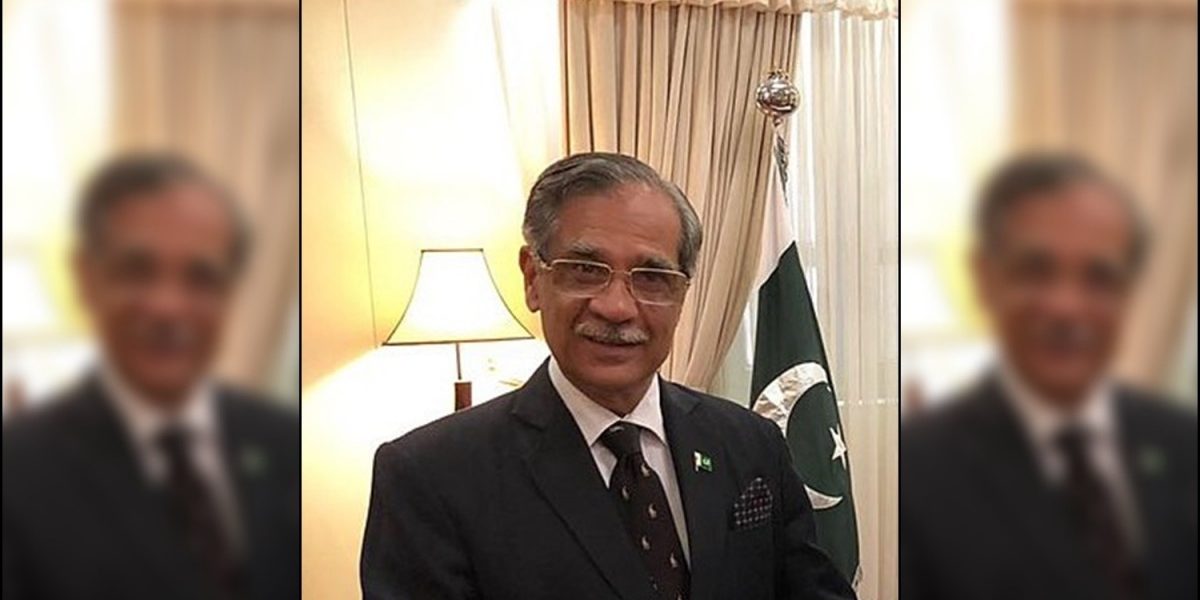 With due respect to Justice Saqib Nisar, the Chief Justice of Pakistan, it seems to me that of late he has not been exercising the self-restraint expected of a judge of a superior court, and particularly of the chief justice of the apex court of a country.

Justice Nisar seems to be obsessed with the idea of constructing dams in Pakistan to alleviate the problem of water shortage in the country, so much so that it seems to have become a bee in his bonnet.

There is an unwritten code of conduct for judges that a judge should only speak through his or her judgments and generally exercise restraint. But Justice Nisar, in his zeal for getting dams constructed, has not only advocated this goal in his orders and utterances in court, he has also been propagating it on TV channels and in public meetings. He said on several occasions that the Kalabagh Dam guarantees the survival and security of Pakistan. He has favoured building the Diamer-Bhasha and Mohmand dams, and has ordered an account opened in banks to collect donations. He applauded eunuchs for donating Rs 2 lakh for this purpose, and has ordered that bad debts be recovered and the money used to build dams.

Not content with this, he has gone further and issued threats, saying that anyone who hinders the construction of dams will be tried under Article 6 of Pakistan’s constitution as a traitor and enemy of the country. He has given a ‘last warning’ to those who criticised the Supreme Court of Pakistan for collecting donations to construct dams and said that “no matter how high he is we will take him to task”. Strange language coming from the chief justice of a country.

Article 6 of Pakistan’s constitution says that anyone who abrogates, subverts, suspends or holds in abeyance the constitution, or attempts to do so, by use of force or show of force or by any other unconstitutional means, shall be guilty of high treason.

This provision was directed against army generals like Pervez Musharraf who staged a coup d’état and abrogated/suspended the constitution. How can it be used against persons who oppose the construction of dams? Will someone become a traitor if she says that building dams is not the correct way for solving the water shortage problem and that there are other ways ?

As regards the exploitation of ground water by mineral water companies – the actual case before him – Chief Justice Nisar has rightly expressed the concern that they were overcharging the public to make profits. But what he has forgotten is that it is for the legislature and executive, not the judiciary, to regulate this malpractice. He could, at most, have asked the government to look into the matter, not try to fix the problem himself.

All power is, in Madison’s phrase, of an encroaching nature. Judicial power is not immune against this human weakness. It must always be on guard against encroaching beyond its proper bounds, and not the less so since the only restraint upon it is self restraint. The Constitution does not permit the Court to direct or advise the executive in matters of policy, or to sermonise qua any matter which under the Constitution lies within the sphere of the legislature or executive.

No doubt judges in Pakistan too are concerned about the water shortage in the country and they can ask the executive to find ways and means of resolving the problem. But it is not open to judges to themselves dictate how to resolve the water shortage, since that can only be done by technical experts. Possibly there may be other ways to solve the problem.

Judges should keep in mind the words of Chief Justice Neely of the West Virginia State Supreme Court:

I have very few illusions about my own limitations as a judge. I am not an accountant, an electrical engineer, a financier, banker, stock broker or systems management analyst. It is the height of folly to expect judges to intelligently review a 5000 page record addressing a public utility operation. It is not the function of a judge to sit as a super board, or with the zeal of a pedantic schoolmaster substituting his own judgment for that of an administrator.

In the words of Justice Cardozo of the US Supreme Court: “The judge is not a Knight Errant roaming at will in search of his own ideal of beauty and goodness.” (see Cardozo’s The Nature of the Judicial Process ). There is broad separation of powers in all democratic constitutions and one organ of the state should not try to take over the functions of another. Moreover, the judiciary has neither the technical or administrative expertise, nor the financial resources for performing executive functions.

As Justice A.S. Anand, a former Chief Justice of India, once said, the judiciary can act as an alarm bell to ensure that the executive becomes alive to its duties, but it cannot perform those duties itself.