Reading Pakistan's History Through the Lives of Its Rulers

Tilak Devasher’s 'Pakistan At the Helm' comes to life is in the anecdotes.

Jinnah announcing the creation of Pakistan on All India Radio. Photo: Wikimedia Commons

Tilak Devasher’s second book Pakistan At the Helm is as good a read – and as instructive – as his first, Pakistan: Courting the Abyss. The themes of the two are different, though. While the first deals with the country’s institutions, structures and fault lines, the present work looks at eight of its rulers, four military and four civilians. It does so through anecdotes and short write-ups on their personalities, their qualities, quirks and foibles and policies. It also focuses on specific events including India-Pakistan wars. Devasher succeeds in educating the reader, often evoking a smile or a laugh while doing so.

Devasher looks at Pakistan’s founder Muhammad Ali Jinnah, the Bhuttos, father Zulfikar Ali and daughter Benazir, and Nawaz Sharif among the civilians. The generals who ruled Pakistan – Ayub Khan, Yahya Khan, Zia-ul-Haq and Pervez Musharraf – are under his gaze. Altogether, they constitute a fascinating set of characters who determined their country’s fate. They came from different backgrounds and held varying views, including on what should be Pakistan’s fundamental orientation. However, all of them had one common attitude in less or more measure – negativity, if not animosity, towards India.

In his speech on August 11, 1947, Jinnah asserted a secular vision of Pakistan. However, his followers who wanted an Islamic state were deeply embarrassed by Jinnah’s views and sought to obliterate the speech from national memory. Furthermore, for the Pakistani establishment, Jinnah’s fondness for ham sandwiches and a peg or two was embarrassing. Attempts were therefore made, although unsuccessfully, to whitewash his food and drink habits. After Jinnah’s death in September 1948, his idea, though never unequivocally expressed, that Pakistan should be only a Muslim homeland was abandoned to make the country into an Islamic state. 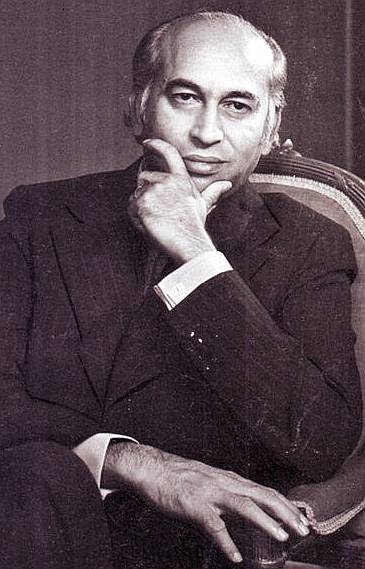 Devasher correctly puts the spotlight on Zulfikar Ali Bhutto and Zia-ul-Haq for taking Pakistan on more illiberal paths by declaring the Ahmadis as non-Muslim and incorporating the Sharia into the legal system. Consequently, Jinnah’s concept of Pakistan lies buried deep as the national mind gets overcome with violent and sectarian theologies.

Jinnah sharply told a Pakistani army officer the day the country came into being, August 14, 1947, “It is we, the people’s representatives who decide how the country is to run. Your job is only to obey the decision of your civilian masters.” Alas, within a few years the army had different ideas. Ayub Khan told an army officer in January 1951, “This army has a much greater and wider role to play than people realise. The C-in-C, in fact, is a more important man than the prime minister in our country as the situation stands.” That situation has remained frozen for the army and has been internalised by the people. Recently, Nawaz Sharif railed against it but the army finished his political career. It is to Devasher’s credit that he has succeeded in illuminating the substance of Pakistan’s civil-military relationship through two short quotes. 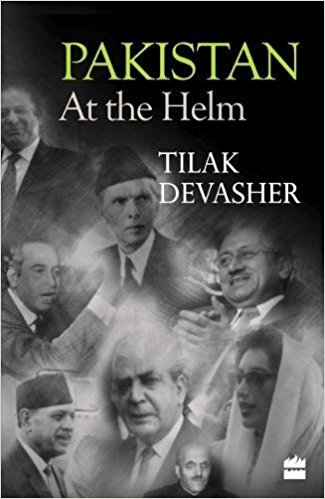 Devasher’s accounts of India-Pakistan wars are succinct, though they bring no fresh information to light. Where they hold interest is in their account of the actors and their prejudices that led to Pakistan futilely seeking to change the India-Pakistan equation through the force of arms. In this context, it would have been useful if Devasher had brought material to light on Benazir Bhutto, Nawaz Sharif and Musharraf’s relations with and approaches to Pakistani terrorist groups such as the Lashkar-e-Tayyabba and the pursuit of low intensity war against India.

Where the book comes to life is in the anecdotes. Some are particularly interesting: the governor of East Pakistan’s novel style of interpretation of Ayub’s speech, Yahya Khan and his paramour ‘Black Pearl’ stark naked at a party on the ‘eve of Pakistan’s defeat in Dhaka’ and Yahya insisting to drive her home in that condition, Zulfikar Ali Bhutto making his cabinet ministers and two service chiefs dance to entertain the diplomatic corps to signal his complete hold on Pakistan, Jinnah’s appeal to Nehru to save his Indian property, Zia’s obsession with bathrooms, Nawaz Sharif batting against a fearsome West Indies pace attack, Nusrat Bhutto’s take on her daughter. And this is not an exhaustive list. All of them throw a flood of light on the person behind the leader.

Devasher records the interventions of foreign powers in Pakistan’s internal affairs. After the 1977 elections, the Saudis and other Arab Gulf states unsuccessfully tried to resolve differences between Bhutto and the opposition. Three decades later, the US successfully mediated between Musharraf and Benazir. These are not the manifestations of a truly independent state. Particularly relevant to India is Atal Bihari Vajpayee’s recollection that he had seen papers as external affairs minister revealing that Bhutto had agreed to the Line of Control becoming the international border. President Zail Singh worsted Zia when he, in an effective rustic idiom, effectively pointed to Pakistan’s duplicitous policy towards India. 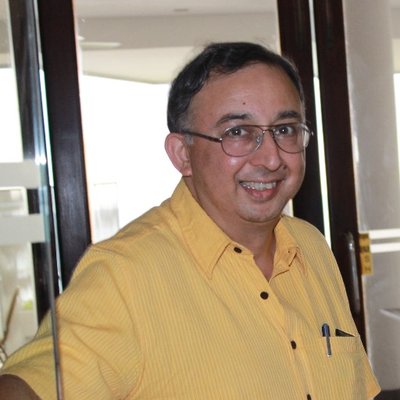 Except for Iskander Mirza, once Pakistan’s presidents, Devasher does not deal with Pakistani leaders between Jinnah’s death and Ayub’s coup, a period of ten years. These leaders include Liaqat Ali Khan, who held the country together for three years after Jinnah’s death till he was assassinated in 1951. It is true that after Liaqat prime ministers came and went, but the fact is that the persons who led Pakistan during this unstable period contributed to shaping it through their acts of omission and commission. Leaders who did not hold office but made history, such as Mujib-ur-Rehman also deserve to be looked at. Perhaps Devasher could consider focusing on them in a new edition.

How did the eight meet the end of their political lives or of life itself? Devasher’s account shows the ephemeral nature of power, of how people turn their backs on those whose feet they kissed and how the mightiest are ignored when death approaches. Jinnah in an ambulance which breaks down in sweltering Karachi with death approaching, Ayub and Yahya bearing the brunt of popular scorn after being thrown out of power, Zia’s plane falling out of the sky and Benazir killed in an election rally – and the murders remain unsolved – Zulfikar executed in a judicial murder. These are stories of human drama. The final chapters are yet to be written on Nawaz Sharif and Musharraf. The former is out on bail while the latter, who projects himself as a brave commander, is cowering from Pakistani justice in exile.

Mirza’s end was particularly poignant. Exiled to London after Ayub threw him out, he and his second wife, of Iranian extraction, lived hand to mouth. He was a friend of the Shah of Iran’s son-in-law Ardeshir Zehidi. When Mirza died in 1969 in London, Yahya Khan did not bring his body home for burial even though he was a former president and the first Indian Sandhurst trained officer in the British Indian army. It was taken to Tehran where the Shah of Iran gave a former president of Pakistan a moving royal burial. Such are the vagaries of history.
Devasher writes fluently and this book will give pleasure and insights to all kinds of readers.