Though the Bangladeshi PM said her country cannot forget the "atrocities" committed by Pakistan during the 1971 war, she was also positive about regional cooperation and smoothening out diplomatic relations.

New Delhi: In yet another signal that the frosty relations between Dhaka and Islamabad could be thawing, Bangladeshi Prime Minister Sheikh Hasina welcomed Pakistan high commissioner Imran Ahmed Siddiqui to her official residence on Thursday.

Though a press release issued by her office quoted Hasina as saying that her country cannot forget the “atrocities” committed by Pakistan during the 1971 war, she was also positive about regional cooperation and smoothening out diplomatic relations.

The two South Asian countries have traditionally not shared close diplomatic relations. The relationship took a “nosedive” during Hasina’s second tenure as prime minister in 2009, when she began focusing on trials for war crimes during the 1971 war which saw the formation of Bangladesh.

In 2016, Bangladesh executed several leaders of the Jamaat-e-Islami party on charges of committing war crimes in 1971. This led to ties with Islamabad falling to a new low, with Pakistan describing the executions and trials “politically motivated”.

On Thursday, Hasins extended greetings to her counterpart Imran Khan after high commissioner Siddiqui conveyed the “good wishes” of the Pakistani PM. The high commissioner said Khan had advised his representatives in Dhaka to learn about the “development miracle” of Bangladesh.

Siddiqui also raised the issue of different bilateral and regional forums remaining inactive, according to reports, and sought Hasina’s help to activate foreign office consultations between the two countries. Hasina said there is no bar from her government to continue functioning regularly.

The high commissioner also said that Pakistan wants to boost relations with Bangladesh without any obstruction, which Hasina said was in line with her government’s foreign policy of “friendship to all malice to none.” 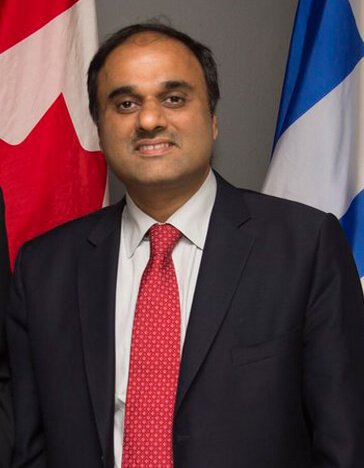 The appointment of Siddiqui as high commissioner in February this year has been crucial in improving the relations between the two nations. In July, after months of ‘quiet diplomacy’ Khan and Hasina had a 20-minute phone conversation which was described as ‘diplomatic coup’ for Islamabad by The Telegraph.

“The new Pakistani high commissioner in Dhaka too has been trying to connect the two Prime Ministers, and finally it happened,” a source in Dhaka told the newspaper.

According to Pakistani newspaper Dawn, during the call, Khan “underscored” the imp­ortance Pakistan attached to closer ties with Bangla­desh and pressed for regular bilateral contacts and people-to-people exchanges. Khan also reiterated an invitation to Hasina to visit Pakistan.

While New Delhi considers Dhaka to be one of its closest allies in South Asia, the passing of the Citizenship Amendment Act (CAA) and certain statements made by Union ministers were not well recieved in Bangladesh. Former Indian high commissioner to Bangladesh Deb Mukherjee told The Wire that ‘bizarre statements’ by ministers will have a cumulative impact on Bangladesh-India relations.

Islamabad seems to have sensed this discomfort, with the Pakistani prime minister’s special adviser on security Moeed Yusuf telling Arab News, “The context [of improved ties] is very clear; there is one country that is threatening, annoying and upsetting all its neighbors.” This was seen as a veiled reference to India.

Responding to the call between the two PMs, the Indian external affairs ministry said New Delhi’s relationship with Bangladesh was ‘time-tested and historic’. “This year both countries are taking a lot of steps to strengthen this partnership,” the ministry’s spokesperson had said.

Currently, India’s relationship with many of its neighbours have turned sour. Pakistan has repeatedly tried to challenge India’s decision to change the constitutional status of Jammu and Kashmir at various international forums, with little support. India and China have been engaged in a military standoff in Ladakh for almost eight months. While Nepal has also asserted that territories that have traditionally been claimed by India belong to it, relations are showing signs of normalising. Ties with Sri Lanka have also been on edge, with New Delhi fearing that Colombo is growing closer to Beijing.

However, the country cotinues to have good diplomatic relations with Bhutan and the Maldives.