It has been more than a month since the dispute erupted and it continues to remain on Nepal's domestic political agenda. 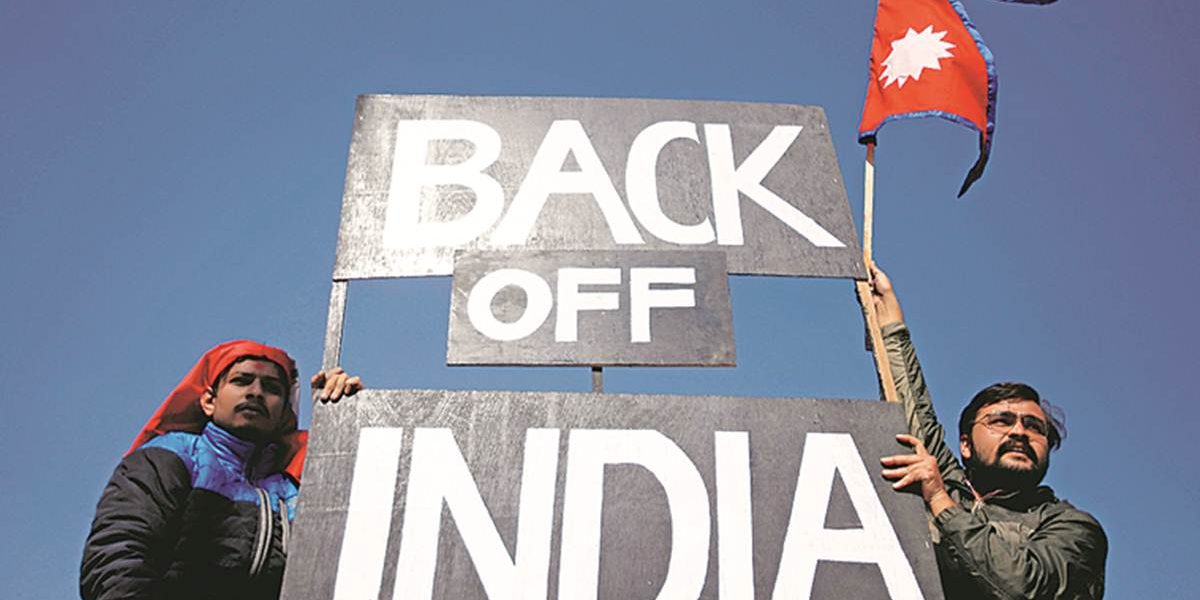 Protests against the maps in Kathmandu in November. Photo: Twitter

Kathmandu: Nepal has proposed holding a foreign secretary-level meeting to resolve the Kalapani dispute that resurfaced after India placed the disputed territory within its borders in a new political map released during the first week of November.

In a diplomatic note dispatched last week to India, Nepal requested that India fix a date for the proposed meeting to which India has yet to respond. Nepal has also stated that India stationed its border security troops in Nepali territory after India-China war in 1962.

On the basis of these documents, Nepal is keen to hold a meeting with the Indian side. The third joint commission meeting held in Kathmandu in 2014 had directed “the foreign secretaries to work on outstanding boundary issues, including Kalapani and Susta, receiving required technical inputs from Boundary Working Group (BWG) as necessary”.

Though BWG is working to settle technical issues in several places, there has not been even a single meeting on Kalapani and Susta after 2014.

With India now pushing Nepal to sign on the agreed and initialed strip maps of about 98% of the boundary, Nepal is of the view that it would sign the strip map only after the settlement of the two disputes. Also read: Nepal Fumes Over Kalapani in New Indian Road Map; ‘Accurate,’ Says MEA

In Nepal, there is an all-party consensus that India occupied Nepali land and should remove its troops. A few weeks ago, in a strongly-worded public statement, Prime Minister K.P. Sharma Oli requested India to call back its troops from Kalapani. Similarly, main opposition leader Nepali Congress President Sher Bahadur Deuba has criticised the government for not taking initiatives to talk to India about the dispute. Deuba went as far as to say that India is treating Nepal as though it is Pakistan with regards to the border issue.

Other fringe parties and concerned citizens lives have also been putting pressure on the government to talk to India and resolve the issue. Some civil society organisations have also prepared a map that they have handed over the map to government. 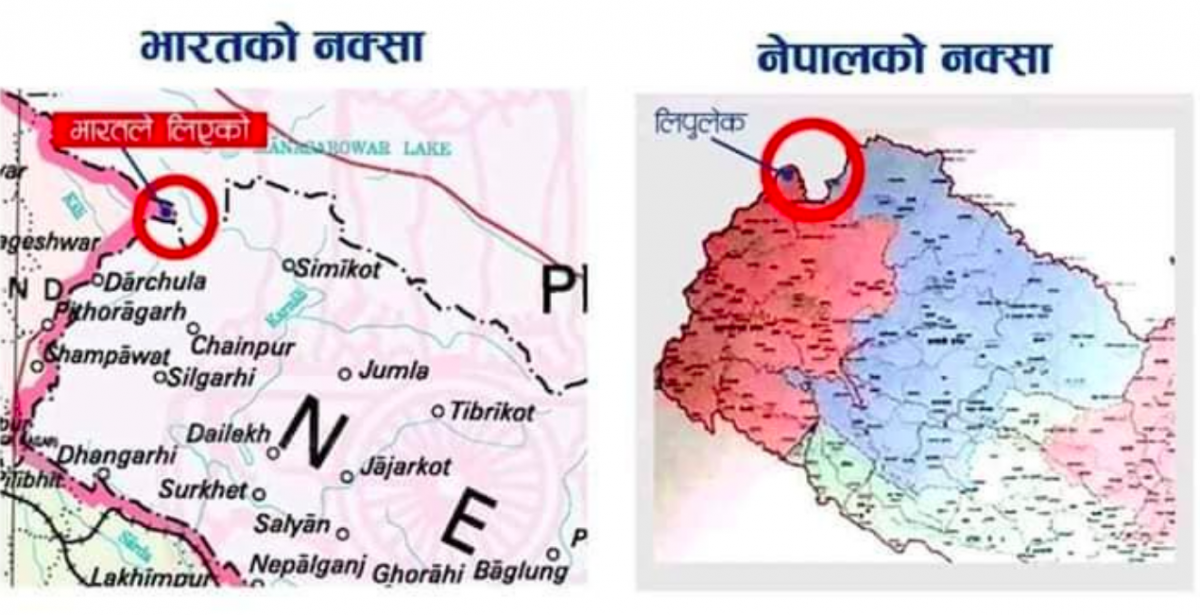 One of the visuals doing the rounds on Twitter, showing purported ‘misrepresentations’ of the Indian border in the map. Photo: Twitter

India, however, appears to be playing down the issue. MEA spokesperson Raveesh Kumar on November 7 said that the map is accurate in its depiction of the sovereign territory of India. India has also said that “it is committed to find a solution through dialogue in the spirit of our close and friendly bilateral relations”.

But over the past few weeks, India has simply been repeating the same statements. In fact, in the second week of November, Uttarakhand chief minister Trivendra Singh Rawat claimed that Kalapani is a part of India.

It has been more than a month since the dispute erupted and it continues to remain on Nepal’s domestic political agenda. Opposition parties and civil society members have been asking PM Oli to directly talk to Indian Prime Minister Narendra Modi. There have also been discussions about the possibility of sending a senior leader of the ruling party, former prime minister Madhav Kumar Nepal, as a special emissary to India to hold discussions, but nothing has not been finalised yet.

On Thursday, co-chairman of Nepal Communist Party Pushpa Kamal Dahal publicly said that consultations are underway to send leader Nepal as a special enjoy but there has not been concrete decisions.

Over the past few weeks, there have been continuous street protest by students and the youth wings of ruling and opposition parties, but the scale of the protests has been steadily on the decline. The issue of Kalapani and Susta, however, are not the new issues – both have remained on the agenda when it comes to bilateral visits and negotiations ever since 1990.

The issue has been mentioned in almost all the joint press statements issued after the visit of prime ministers. The issue was removed from the joint statement after the Nepal-India Eminent Persons’ Group (EPG) was formed in 2016. But there have been no serious talks between two sides about settling Kalapani and Susta issue.

Former Indian foreign secretary Shyam Sharan, who also served as an Indian envoy in Nepal, wrote an article on November 27 in the Indian Express claiming that India had “conveyed its readiness to have a substantive discussion on the treaty revision, the agenda item was dropped by the Nepali side in 2003”. Sharan’s statement drew criticism in Kathmandu with several former senior Nepali diplomats saying that that was not the truth of the matter.

Sharan sent two influential Nepali political figures to try to convince me to drop the 1950 treaty and Kalapani from the joint statement. We insisted and managed to keep the agenda alive, thanks also to the wisdom of Prime Minister Deuba not to change Nepal’s position on that!! https://t.co/TBHuYSJotR

Despite the issue being brought up repeatedly, an end to the matter will not happen without serious dialogue between the two countries with a focus on Kalapani and Susta – of which there has been none since the dispute made a resurgence barring the one meeting between Indian Foreign Secretary Vijay Gokhle and Nepal’s Ambassador to India Nilambar Acharya in the first week of November.

Kamal Dev Bhattarai is a Kathmandu-based writer and journalist.