Nepal: K.P. Oli Returns to Helm a Smaller CPN (UML), Vows to Come Back as PM

With Madhav Nepal's faction having engineered a split, can Oli run a party without critics? 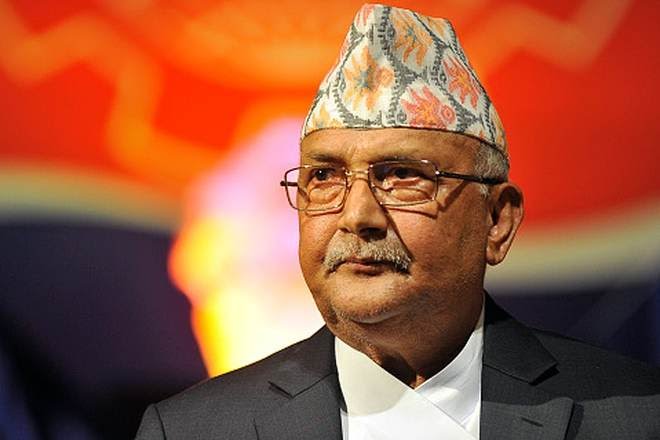 Out of 2,153 convention representatives, 2,096 participated in the voting process. Out of them, Oli secured 1,837 votes, while his rival Bhim Rawal got only 223 votes.

Oli, who is cementing his position in the party after having been elected party chairman seven years ago for the first time, had been aiming to emerge as an undisputed leader this time. Still, he had to stand in an election against Rawal, a vocal critic of Oli.

Behind Oli’s victory was the fact that he selected a team of the party’s office bearers who were favourable to him.

Oli became party president for the first time in 2014 and has been at the forefront of national politics since then. He served as a prime minister from 2018 to 2021 and enjoyed a degree of consistent popularity.

This was for a number of reasons. He strongly opposed the unofficial blockade imposed by India in 2015. Under his leadership, CPN-UML became the first party in the 2017 national elections. He also merged his party with CPN (Maoist), led by Pushpa Kamal Dahal, to form a powerful Nepal communist party. As prime minister, he took the initiative to introduce a new map.

His steps boosted his position in the party as well as among the public. Even leaders from other parties supported and applauded Oli’s decision.

A critique against Oli is that he failed to manage his own party. After the party merger, Oli refused to share power with Dahal, and enjoyed a monopoly in the party and government.

He also failed to maintain a good rapport with senior colleagues such as Madhav Kumar Nepal, Jhala Nath Khanal, and Bam Dev Gautam. Oli’s attempt to concentrate power in his hand triggered an intense intra-party rift.

As a result, the Dahal and Nepal faction planned to unseat him, which, in turn, prompted Oli to dissolve the parliament to remain prime minister till the next elections.

Due to the split, Oli’s party has now become weak. At the same time, with his long-time rival, Madhav Nepal, and other leaders forming a separate party, it became easy for Oli to secure his position of party chair.

However, the convention showed that it would not be easy for Oli to run a party without critics.

Despite some remaining dissatisfaction over his working style, Oli is obviously strong in the party, but there is a question of whether he will once again emerge as a powerful leader.

The split in the party is the first challenge.

There are also no indications that Oli will mend his ways and learn from the setbacks he suffered due to the party split.

Oli’s priority was to gather a large cadre base in the inaugural session of the convention. The convention has vowed to return to power again emerging as the largest party in the upcoming national elections that is likely to take place next year.

Oli has been saying that while a Supreme Court order removed him from power, the people’s verdict will bring him back to the seat of prime minister. In the coming elections, it is certain that there will be an intense contest between Nepali Congress and CPN-UML.