Rather than focus on China’s interests in the Himalayan country, India must seek to empathise with Nepal and encourage it to consolidate its gains as a growing democracy. 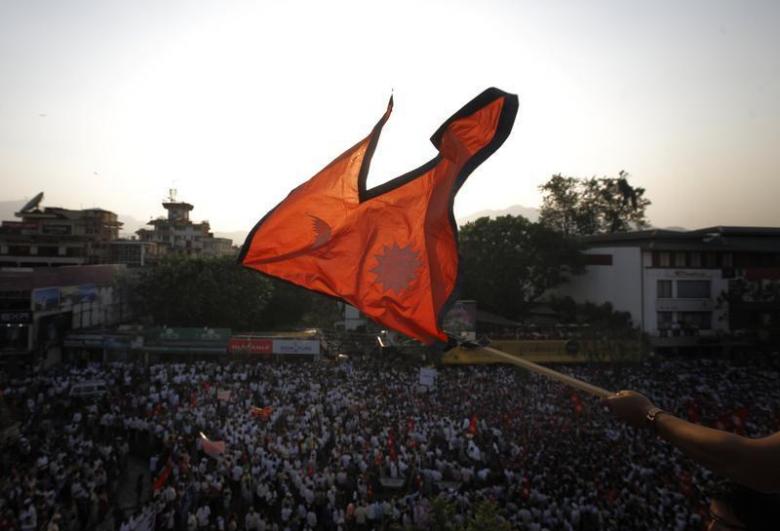 Indian foreign secretary Harsh Vardhan Shringla’s two-day official visit to Nepal which concluded on November 27, was highly anticipated in the Himalayan country as it was regarded as a harbinger for an improvement in India-Nepal relations.

Shringla’s visit came within weeks of the Indian Army chief General M.M. Naravane’s visit to Kathmandu. For the most part, Shringla, an unassuming diplomat often speaking in Nepali, reassured Nepal about India’s enduring interest in keeping the engagement between the two countries normal, tabling for bilateral discussions the rancorous boundary and other issues that have recently adversely impacted relations and emphasising cooperation and connectivity. But will the India-Nepal relationship continue to be subject to the belief that China has made aggressive inroads into Nepal?

Even as excitement over the Indian foreign secretary’s visit built up, the Kathmandu Post, a leading English language daily in Nepal, ran a headline on November 21 that read: “Not to be left behind, China also sending top official to Nepal after visits from India”. The story reported on an unconfirmed (at the time) visit to Nepal by senior Chinese ministers in the near future. The headline and the story were representative of the broader narrative on Nepal, where everything is cast in terms of the competing interests of India and China and to a lesser extent, the US. China’s state councillor and defence minister Wei Fenghe did visit, arriving in Kathmandu on November 29 for a day-long visit just two days after Shringla departed Nepal, and he will carry on to Pakistan and Bangladesh thereafter.

Every domestic political development in Nepal, including a bitter internal power feud within the Nepal Communist Party (NCP), the current ruling party, is routinely dissected for any hint of foreign influence – real, perceived or outright illusionary. Development projects supported by India, China and often the US are assessed in terms of geo-political interests: an airport funded by one versus a railway by another, counterbalanced by transmission lines from the third. The misunderstood context of Nepal’s development paradigm, the absence of consensus among the major political players and the centralisation of power in a federal framework help fuel this discourse.

Nepali politicians across all parties routinely exploit the geopolitical narrative to shift focus from their own failings. In June, for instance, as the feud within the NCP was just surfacing, Nepal Prime Minister K.P. Sharma Oli publicly accused India of plotting to oust him in a charge that implicated top leaders within his own party. For both the ruling and opposition parties, mixing domestic political fault lines with foreign affairs has strengthened the possibility of making Nepal a ‘geostrategic hotspot’ in South Asia.

The resulting composite view of this narrative is of Nepal as a playground for competing foreign interests in an increasingly volatile geopolitical arena. Beneath this narrative, however, are some 30 million Nepalis in flesh and blood, attempting to direct the course of their collective destiny.

Analysts in India, China, the US and other parts of the world who are shaping engagements with Nepal must place the stethoscope on the heart, not on the head, and listen to the heartbeat of Nepal. Nepali aspirations are unbounded and are struggling to be realised within a young but fragile democratic republic. A post-conflict national conscience is yet to come to terms with a tormented history. Pervasive and corrosive corruption has stifled hope. Millions of Nepalis have no choice but to toil in distant foreign places to eke a living. Underneath all this, the fire of change that could undermine Nepal’s recent democratic gains burns dangerously.

The Nepali conscience remains haunted by a bloody decade-long conflict that toppled the monarchy and ushered in a new federal democratic republic. Fourteen years ago, Nepal concluded a Comprehensive Peace Agreement that ended the conflict. A process for transitional justice that would investigate the conflict-era human rights abuses was part of the deal. But it took nine years to establish the Commission of Investigation on Enforced Disappeared Persons and the Truth and Reconciliation Commission. Of the approximately 2,500 complaints of disappearance and 63,000 cases in the truth commission, only a miniscule fraction has been investigated. Leadership of the commissions comes via political appointments. Jostling has already begun for the posts of commissioners, though fresh appointments will only be made in February. There is no end in sight for the transitional justice process.

A new constitution that ushered in a federal democratic republic with a highly devolved power structure was a direct result of the conflict. The peace agreement was its implicit foundation. The constitution and subsequent elections offered hope and unleashed Nepali aspirations across the country. While the formal structures of government are in place, the supporting institutions and spirit of the constitution have failed to germinate in an acerbic environment where there is a peace agreement, but no resolution. Without truth and reconciliation for victims of the conflict, Nepal remains at war with itself. Without truth and reconciliation, Nepal’s bold constitution remains a fragile achievement.

Nepali aspirations have been stifled by a surge in corruption that pervades almost every aspect of society. In a recent report (Citizens’ Views and Experiences of Corruption, Global Corruption Barometer 2020), Transparency International found that 58% of Nepalis thought that corruption had increased in the last 12 month, the highest increase among the 16 Asian countries that had been surveyed. In public perception, corruption is not only rampant across public procurement, but has also seeped into service delivery at the lowest levels of government. There is an overwhelming sense that this pervasive corruption is politically sanctioned and protected. Several movements led by civil society have attempted to fight back but failed to generate adequate support. A sense of public resignation has begun to creep in, eroding public confidence in government and institutions.

Even while posting a robust annual average growth rate of 7.3% over the last three years, Nepal’s economy exhibited several vulnerabilities – a disproportionately large reliance on remittance, for example. In 2019, Nepal’s total remittance income was $8.6 billion or 27% of the GDP and approximately 11.6 times its total exports. The pandemic has exposed this vulnerability: with remittance income expected to drop to $1.2 billion, Nepal’s economy will be deprived of its largest foreign exchange earner.

There was always a darker social cost to the remittance economy. Images of body bags arriving with the bodies of overseas workers routinely echo through the national consciousness. Every day, thousands of Nepalis shuffle through the border exits, headed to overseas work destinations with an air of resignation – it may be dangerous or risky abroad, but at least there is a living to be made. Populist political rhetoric plays upon this national consciousness with all parties promising to create jobs and opportunities at home. To those Nepalis abroad and those eking out a living at home, Nepal’s young federal democratic republic has yet to deliver on the aspirations it set loose.

Far below geopolitics in Nepal, the heartbeat of the Nepali tells a different story: of the erosion of public trust from pervasive corruption; unfulfilled aspirations from the lack of economic opportunities; the failure to achieve truth and reconciliation for the victims of the conflict. All of these are fertile grounds for dissenting groups that are seeking reversal on some element of the constitution. There is the pro-monarchy, pro-Hindu group that seeks a return of the monarchy and the Hindu state. Maoist splinter groups, though some have been outlawed, are seeking an overthrow of the entire system. There are traces of secessionist movements across Madhesh (the part of the terai populated by Indian immigrants), though the largest such movement was brought into the mainstream several years ago. Where these forces will end up is unclear. But these fires are simmering in pockets across Nepal, feeding off the discontent that is building up. It won’t take much for the fires to flare up and engulf the whole country. 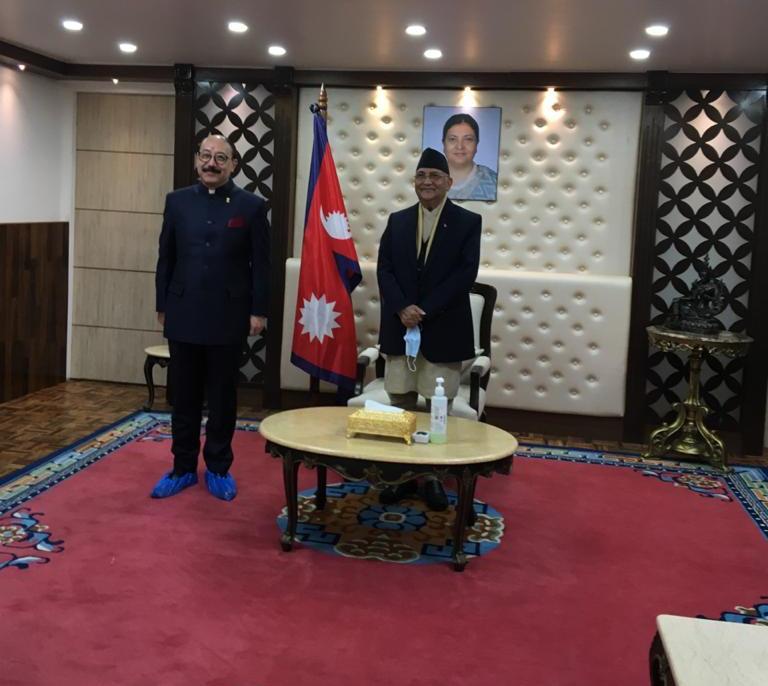 The failure of the political leadership is not all nefarious. It is also a reflection of the individual capacities of men and women stretched to the limit as they deal with many elements of their country’s history colliding and exploding simultaneously. Nepal’s chaotic, dishevelled foreign policy is in part an expression of these many undercurrents. Buffeted by these deep internal challenges, its political leadership appears overwhelmed by the demands of an increasingly complex geopolitical region. Nepal appears uncertain how to play its hand and balance its interest. India, China, and the world perhaps expect too much from a Nepal that is still struggling to come to terms with its own demons.

For 30 million Nepalis, this is the very best shot for Nepal and for themselves that they have ever had. India must seek to empathise with Nepal, provide it the space and support it needs to consolidate the gains of the young democracy. It must seek to broaden the touch points between Nepal and India, reaching out not only to government but also civil society and encourage the flow of business across borders. It must speak to all the people of Nepal, as much as it speaks to the political leadership of Nepal. India must lead the world to listen to the forgotten Nepalis. This is what centuries of a shared history with Nepal now requires of India.

Bishal Thapa is an economist and columnist; Atul K. Thakur is a policy professional and columnist. They can be reached at bishal_thapa@hotmail.com and atulmthakur@gmail.com.