Despite Stirrings, Revival of Nepal's Monarchy and Hindu Character Unlikely

Though there is support for the Hindu state agenda, Nepali people are focused on the promises made by the Communist government in 2017.

Kathmandu: Thirteen years ago, major political forces promulgated the interim constitution of Nepal (2007), following the formal entry of the warring Maoists into mainstream politics in 2006. The constitution, Nepal’s sixth, annulled all powers of the monarchy and left its final fate in the hands of the to-be-elected constituent assembly. The interim charter was remarkable in one other aspect: for the first time in Nepal’s history, the phrase ‘Hindu state’ did not find a mention in a Nepali constitution.

In fact, breaking with tradition, the 2007 interim constitution declared Nepal a ‘secular state’. The seventh and the current constitution of Nepal, promulgated in 2015 by a fully sovereign constituent assembly, cemented the country’s secular character. The interim charter had sent shock waves among the conservative circles and among a big section of the population who didn’t even know what the word ‘secular’ meant.

Conspiracy theories immediately made rounds: even though fed up with the meddlesome monarchy, Nepalis had never asked for a change of the state religion. People felt that the change happened at the behest of the “conniving western missionaries” who had bribed political parties to do their bidding; that this ‘imported idea’ was singularly unsuited to Nepal, where over 80% of the people still identify themselves as Hindus.

The latent support for the monarchy and the Hindu state – its supporters consider the Nepali monarch an incarnation of Lord Vishnu – was clear during the 2013 constituent assembly elections. The conservative Rastriya Prajatantra Party Nepal (RPPN) led by Kamal Thapa got a respectable 24 seats to become the fourth biggest force in the assembly. Another conservative offshoot of the RPPN got ten seats. The two parties later merged to form the Rastriya Prajatantra Party (RPP).

An ardent supporter of a Hindu state under the monarchy, RPP MPs in the constituent assembly raised a mighty resistance to Nepal’s transition into a secular state. But with the three main political forces – the Nepali Congress, the CPN-UML and the UCPN-Maoist – in a clear majority, the assembly comfortably passed the secular charter in 2015. 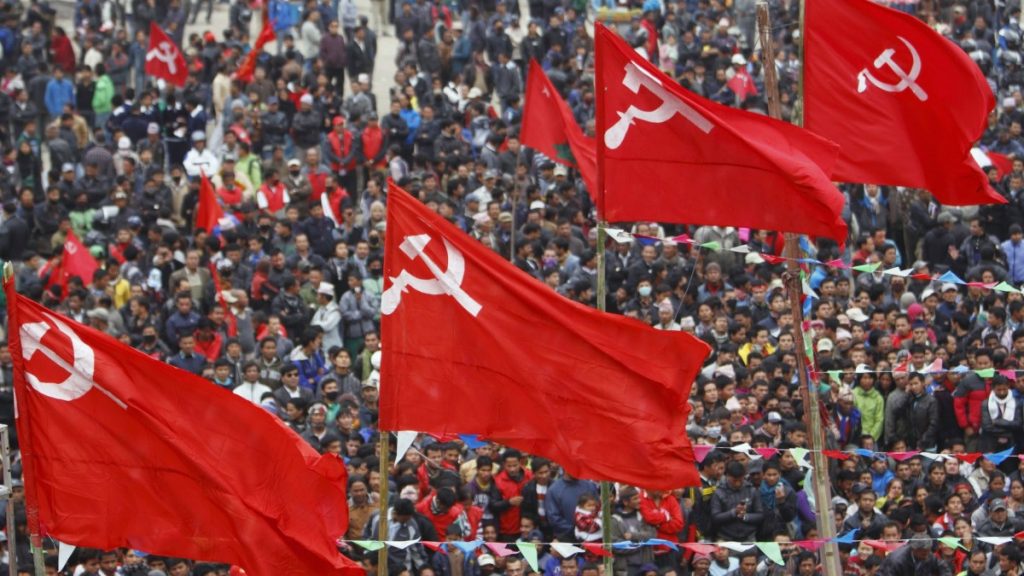 Interestingly, in the 2017 parliamentary elections held under the new constitution, Thapa’s party was nearly wiped out, winning just 1 of the 275 seats it contested. Many analysts saw this as the final nail in the coffin of both the monarchy and the Hindu state. Perhaps a more nuanced analysis was warranted.

The RPP fared badly in the last elections because its opposition to the secular charter rang hollow. The party was part of every post-2013 government, led by the same parties it now dubbed ‘treacherous’. Its feuding senior leaders seemed interested only in heading lucrative ministries. The leaders could not credibly denounce the other parties, having been an integral part of successive governments with those parties. The RPP’s core voters saw this as an abandonment of the party’s core Hindu state agenda.

The anger of the core supporters was a major reason for the party’s vote share declining. It would be wrong to assume that their erstwhile supporters had accepted the secular constitution.

But if there is public backing for the Hindu state, if not necessarily for the return of monarchy, the agenda even has the backing of some within the ruling Nepal Communist Party (NCP). The two main communist parties, UML and Maoists, united in 2018 to form the NCP. It cemented a two-third majority in the national parliament and six of the seven federal provinces. However, many senior members are uncomfortable with the country’s secular character. But with the leadership committed to secularism, they are silent for now.

But perhaps the biggest threat to the country’s secular status comes, not from the RPP, which has always been a fringe outfit, but from the Nepali Congress, the main opposition and traditionally, Nepal’s most powerful democratic force.

During a recent meeting of the Congress Mahasamiti, the party’s second most-powerful decision-making body, over 700 of the 1,400 assembled delegates said they wanted the Hindu state reinstated. As with other mainstream parties, there has always been a strong pro-Hindu lobby in the Congress. Its rank and file also sees no other potent agenda to challenge the ruling NCP, which now seems to have absolute control over the government machinery.

The Congress’s pro-Hindu lobby received a boost recently when the K.P. Oli government, going against its professed desire not to back any religion, co-hosted an international conference with an organisation involved in evangelical activities in Nepal. This angered many Hindus, even those who had already made peace with the country’s new secular character. After this conference, the NC’s grassroots cadre pressurised the party to back the pro-Hindu agenda.

Watch: Has China Weaned Nepal Away From India?

At the 2020 Congress General Convention, the party’s most-powerful decision-making body, Hinduism will be a major agenda. But it is not just the conservatives in Congress who have been revived by the communist government’s alleged covert backing of a “Christian conference”.

The nearly-dead RPP has found new wind too and is playing up its pro-Hindu credentials to the hilt. Soon, it is hosting a cross-country ‘rath yatra’ to make people ‘aware’ of how their country is being taken over by heathen communists who, instead of preserving their own religion, are now doing the bidding of evangelicals.

Former King Gyanendra Shah, meanwhile, is also making his public presence felt. Visiting various temples around the country and greeting onlookers, he is reviving activities that were common under the monarchy. He has also asked the various pro-Hindu parties to unite for the common cause. 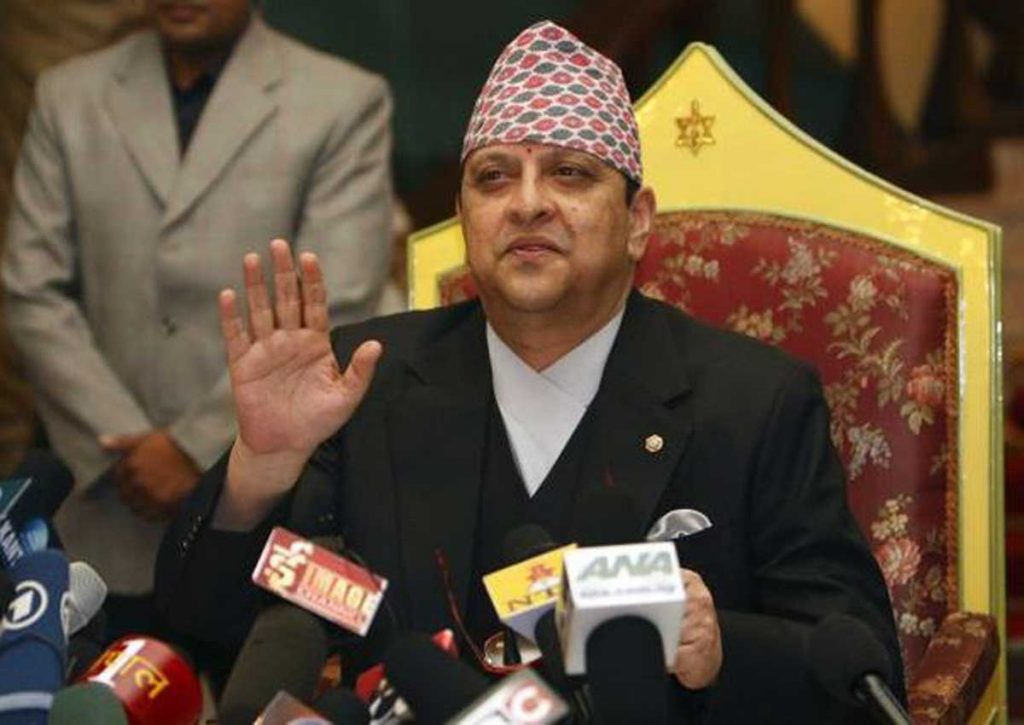 With the Yogi’s blessings

He has friends even in India. Uttar Pradesh chief minister Adityanath is an admirer of the Nepali monarchy, which he described as the protector of all Hindus. Gyanendra visited him and secured an invite to this year’s Khumbh mela. India’s home minister Rajnath Singh, in 2014, spoke of the Nepali monarchy’s role in “preserving the country’s Hindu character”.

Former Nepal Prime Minister Baburam Bhattarai recently said one reason for the 2015-16 blockade was because Nepali leaders had reneged on their promise to the BJP’s leadership that they would not draft a secular statute. The pro-Hindu lobby in Nepal is closely watching the 2019 Lok Sabha elections in India (RPP’s Thapa has curiously predicted a ‘storm’ in Nepal following Indian elections).

Even if Narendra Modi becomes the prime minister again, it is hard to see either Nepal’s monarchy or Hindu character restored. The current ‘regressive development’ in the Congress has made the ruling NCP even more determined to project a progressive, secular character. With the government firmly in place for another four years, it’s a long way back for the Congress. 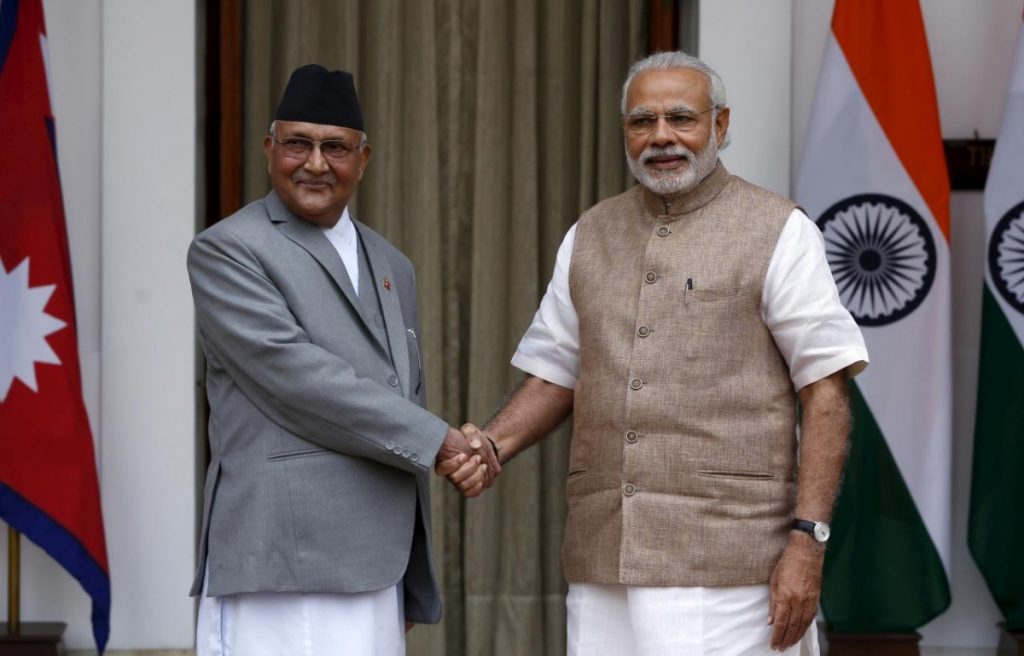 Moreover, even though there are still many who would like to see the Hindu state restored, the vast majority of Nepalis are indifferent towards religion. With the federal structure now working, the focus is on the government to deliver its promises.

If the communist government is not seen as promoting proselytization, as it supposedly did by hosting the conference, this state of affairs is unlikely to change. Chastened by the intense criticism after the conference, the NCP seems to be in no mood to repeat the mistake.

On monarchy, the institution has never regained public trust after the 2001 royal massacre. Many continue to see Gyanendra and his son as complicit in wiping out the whole family of King Birendra, who was a rather popular monarch.

Meanwhile, the intelligentsia continues to debate the change of the country’s religious character and social media has further polarised the debate. But unless a kind of Trumpian populist emerges who can capture the public imagination and channel their pro-Hindu inclinations, the days of monarchy and Hindu state are over.

Biswas Baral is the editor of the Annapurna Express published from Kathmandu.