Reports from Myanmar highlight how the travails of ordinary citizens due to the communications lockdown are similar to those of J&K residents. 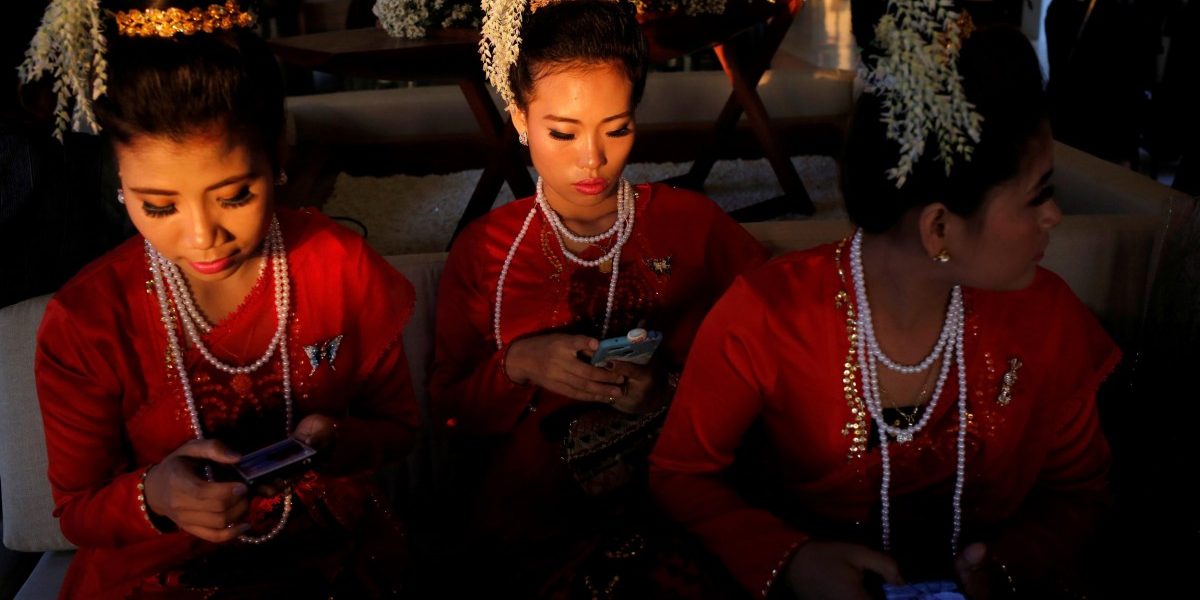 New Delhi: Roughly five weeks from now, on August 5, the internet lockdown (from complete ban to partial lifting with 2G services) will complete a year in Jammu and Kashmir.

Reports are doing the rounds in a section of the media on how the denial of full internet access to a swathe of India’s citizens – caught in a conflict between state and non-state actors – is affecting their lives, access to livelihood in several cases, and even exposure to crucial COVID-19 related information. Meanwhile, in neighbouring Myanmar, what rights groups are calling “the world’s longest internet blackout” has just entered its second year.

On June 21, 2019, exactly two weeks before India clamped an internet blockade on Jammu and Kashmir following the reading down of Article 370 of the constitution, the Myanmar government had shut down internet services in its conflict-ridden Rakhine State, and a part of the Chin State which touches the Indian state of Mizoram.

While in 2017, thousands of Rohingya Muslims had fled Rakhine State after a crackdown by Tatmadaw, the Myanmarese army, yet another conflict has since taken a fierce turn – between the military and rebel groups like the Arakan Army, largely belonging to that state’s largest ethnic majority, the Buddhists. These groups, which are active in parts of Chin State too, seek greater autonomy from the government.

While restrictions on mobile internet communications were first clamped on the townships of Mruak-U, Myebon, Buthidaung, Kyauktaw, Minbya, Mangdaw, Rathedaung and Pnnagyun in Rakhine and Paletwa in Chin State, the government lifted restrictions in some of them between September 2019 and February 2020 before re-imposing then. Only voice and SMS services are allowed.

On May 2, due to a rise in cases of COVID-19 in neighbouring Bangladesh, the government lifted restrictions in Maungdaw town of Rakhine State, which shares a border with that country. The restrictions in other areas have, however, been extended till August 1 and officials have gone on the record saying they will be lifted only after the security situation improves.

Reports from Myanmar highlight how the travails of ordinary citizens due to the communications lockdown are similar to those of J&K residents. A Reuters reports quoting several residents said, “From traders losing business to villagers forced to make risky trips to send messages, they described an information freeze that has damaged the economy and left them in the dark about the conflict and the novel Coronavirus.”

On June 19, the United Nations urged the Myanmar government to restore the internet services, keeping in mind the COVID-19 pandemic.

Several international rights groups and press bodies too have criticised the government for the blanket ban. Speaking to The Wire, Meenakshi Ganguly, South Asia director of Human Rights Watch (HRW), said, “Despite repeated warnings that the long internet shutdown violates the right to information and speech, and is hurting the COVID-19 response, Myanmar’s military says it will not restore access because they have ‘seen military secrets, hate speech, and extreme nationalist postings published online’ which they believe has caused ‘more conflicts’.”

Ganguly said, “Myanmar has an obligation to ensure that any restriction is proportionate and respectful of human rights.”

Also read: Why Internet Shutdowns Are Bad News for a Small Business

In a statement issued on June 19, HRW demanded immediate lifting of the internet restrictions in eight townships of Rakhine and Chin states as it is “affecting more than a million people living in a conflict zone”.

“The internet shutdown, along with restrictions on access by aid agencies, has meant that people in some villages are unaware of the Covid-19 outbreak, humanitarian workers told Human Rights Watch. Local groups report that the shutdown has made it difficult to coordinate the distribution of aid to conflict-affected communities, and to communicate with their field teams to ensure staff safety. A local editor said the fighting between the Myanmar military and the ethnic Arakan Army, making it hard for villagers to get up to date information,” it said.

Ont June 22, the International Federation of Journalists joined 111 press freedom groups to call on the government to restore internet access and telecommunications. In a statement, IFJ stated, “Widespread self-censorship and physical attacks on journalists have followed the shutdown in Rakhine and Chin states.” It demanded that the government review Articles 77 and 78 “and other Articles of the 2013 Telecommunication Law, and amend them to be in line with human rights standards.”

Several news sites have faced the ire of the Myanmar government based on these Articles. In April, the government had arrested a senior journalist and slapped cases against two other reporters for publishing an interview of the spokesperson of the Arakan Army. The website, Voice of Myanmar, had since been blocked.