There are no photos of Mubashir Hasan and Dr Bernard Lown together, but their mutual affection and respect is apparent when they speak of each other. 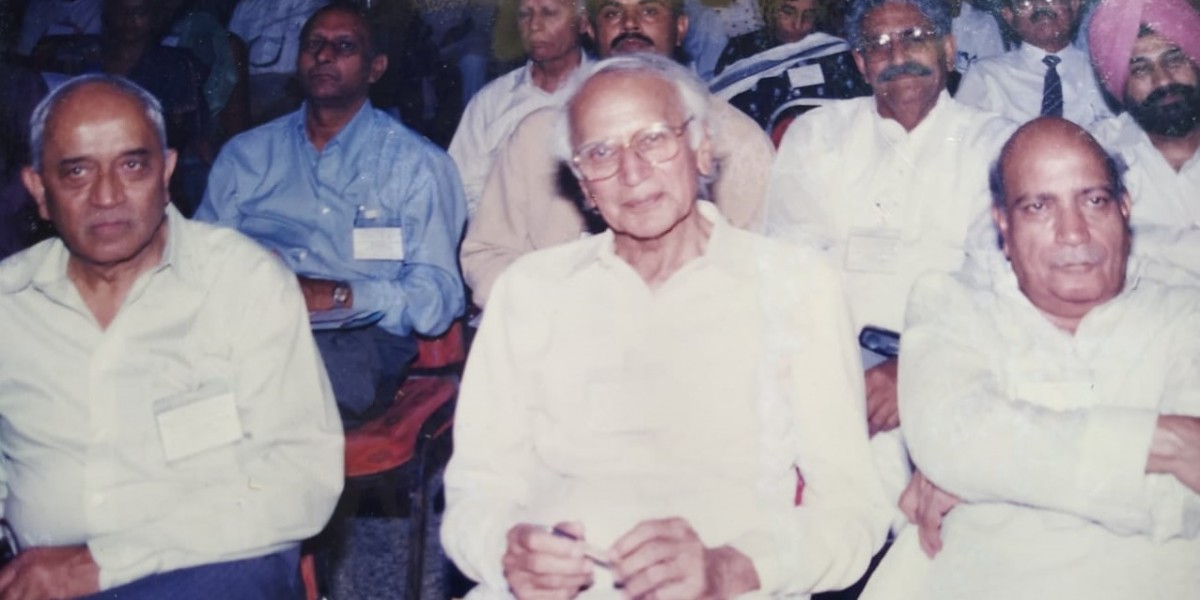 Among the many wide circle of activists, politicians, intellectuals and scientists who mourn the passing of Dr Mubashir Hasan, the respected Pakistani engineer-turned politician-turned-peacemaker who died at his home in Lahore on Saturday aged 98, is his old friend Dr Bernard Lown, 99, in Boston.

Dr Lown was awarded the 1985 Nobel Peace Prize with fellow cardiologist Dr Yevgeny I. Chazov of the then Soviet Union, with whom he co-founded the International Physicians for the Prevention of Nuclear War.

There are no photos of Dr Mubashir and Dr Lown together, but their mutual affection and respect is apparent when they speak of each other. 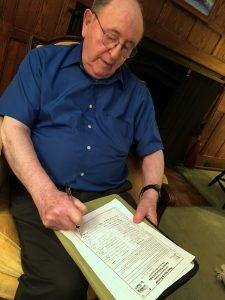 In one of our phone conversations after my move to the US some years ago, Dr Mubashir tells me that he has a friend in the Boston area, a big peace activist who has written some remarkable books. Dr M, as I refer to him in our emails, insists I get them. I comply. The Lost Art of Healing (Houghton Mifflin, 1996) particularly is essential reading for medical health professionals. Prescription for Survival: A Doctor’s Journey to End Nuclear Madness (Berrett-Koehler, 2008) with a foreword by Howard Zinn, details the story behind the formation of the IPPNW – essential lessons in activism relevant even today.

When I meet Dr Lown with Dr Mubashir’s reference, he talks about Dr Mubashir in glowing terms – “one of the most beautiful, noble, refined human beings” he has ever met. He says he and his wife Louise were honoured to host Dr Mubashir and his wife Dr Zeenat at their home years ago. Dr M’s own modest living room is sparsely furnished, its walls decorated only with framed photos of birds – his passion besides politics. But I can imagine him here, in Dr Lown’s drawing room with its sofas, wood panelling and paintings.

I get to know Dr M., in the early 1990s after moving from Karachi to Lahore. I am starting out as a young journalist. He is a stately elder clearly used to authority.

Zulfiqar Ali Bhutto’s Pakistan People’s Party was famously launched at a 1967 convention at the expansive back lawn of Dr M’s modest, single-storied house on Lahore’s Main Boulevard in Gulberg. Many of the discussions leading up to this, I heard, took place in Dr M’s Volkswagen Bug. In the 1971 elections, Dr Mubashir Hasan won a seat from Lahore and was elected to the National Assembly.

As Bhutto’s finance minister, he oversaw the controversial nationalisation of private industries and educational institutes. He left the party sometime later, disillusioned by the realisation of how tightly Pakistan’s civil and military bureaucracy held power. He shared his insights in his book The Mirage of Power: An Inquiry Into the Bhutto Years, 1971-1977 (OUP, 2000).

His journey led Dr Mubashir to become one of the founders of Human Rights Commission of Pakistan that I began volunteering with, although he always deferred to its founder Asma Jahangir as his leader. She had launched it in 1987 during the General Zia-ul Haq military government, together with several of Pakistan’s top intellectuals, jurists and journalists, all known for their courage and credibility.

It was after 1993, when Asma pushed me into running for HRCP Council elections that I got to know Dr Mubashir on a personal level. To my surprise, I was elected and found myself at the table with other Council members, luminaries like not only Dr M and Asma, but her sister Hina Jillani, legendary journalists Aziz Siddiqui, Nisar Osmani and I.A. Rehman, Justice (Retd) Dorab Patel, Air Marshal (Retd) Zafar Choudhry, to name some. I was perhaps the youngest, least experienced among them. The Council’s twice-yearly meetings were a great learning experience perhaps for all of us.

Dr Mubashir was a driving force behind the formation of the Pakistan-India People’s Forum for Peace and Democracy the following year. This was, and remains, the largest people-to-people lobby group between the two countries. He invited me to the first convention in Delhi, and also to my first South Asian meeting. It was from him that I first heard about the vision for a South Asian Union.

“The respect he enjoyed on both sides of the India-Pakistan border enabled him to engage the leaders of both countries and bring them round to the ideas of understanding until the whirlwind of religious reaction made peace a dirty word”, writes his old friend and comrade I.A. Rehman. 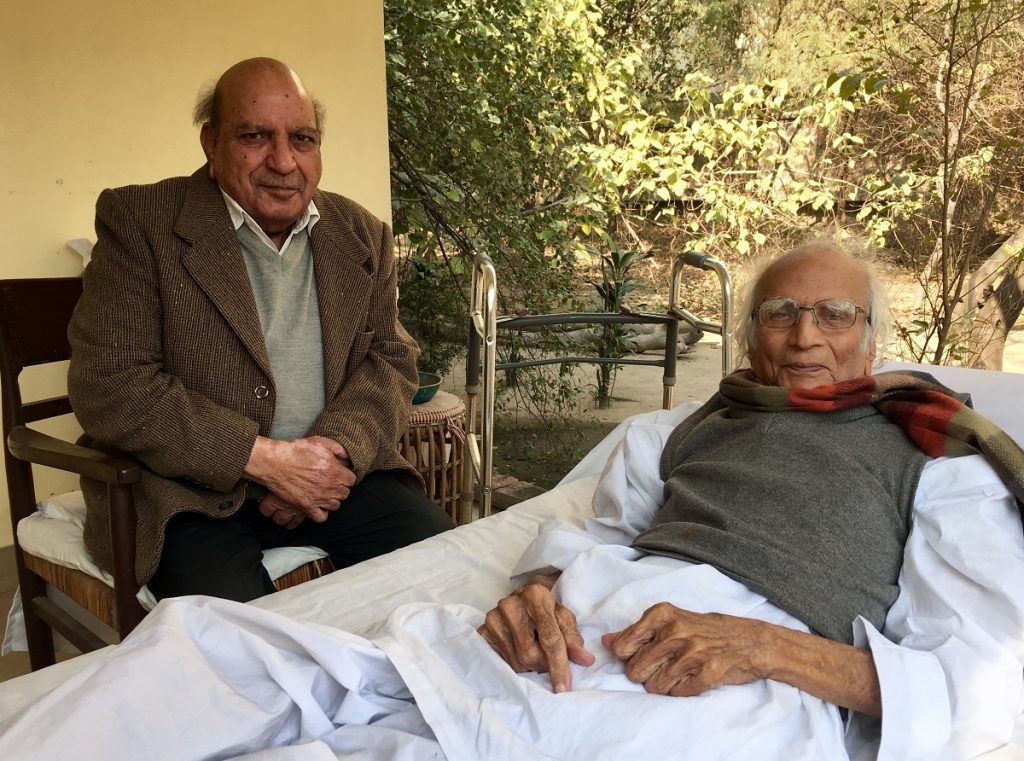 Dr Mubashir was a very private person who thought and breathed politics, his mind always working on how to strengthen a democratic, people-fuelled system. But he was also an ardent birdwatcher and photographer. The walls of his living room were covered with framed photos he had taken of birds, many of which feature in his book Birds of the Indus (2001), co-authored with Tom J. Roberts, who has several books on Pakistan’s birds, butterflies, and animals to his credit.

Behind Dr M’s reserved, almost autocratic demeanour was an affectionate mentor and guide. Over the two decades since leaving Lahore, I would call and speak to him on the phone sporadically and make it a point to visit him whenever I was in the city. Often I’d find myself picking up a pen and scribbling down the points he was making. Movements, he said, always take people forward even if there are some steps back.

Once, he confessed that he had been a hawk in his earlier years, gradually coming to his present position of ardent peacemaker. This was the man who helped establish Pakistan’s Ministry of Science in 1972, as well as the Kahuta Research Laboratories and was assigned to find funding for Pakistan’s nuclear project.

Dr Mubashir’s “remarkable transformation” took place in the late 1980s, around the time he joined HRCP. “From a hardline nationalist he developed into a campaigner for peace in the world and peace in the subcontinent”, writes Rehman Saab.

His later work for peace connected him with Dr Lown, who had begun his activism much earlier, catalysed by the rising menace of nuclear war between the US and USSR. In 1961, Dr Lown formed the Physicians for Social Responsibility, and in 1980, he co-founded IPPNW with a small group of physicians, including his friend and fellow cardiologist in Moscow, Dr Yevgeny Chazov. They had collaborated in researching sudden cardiac death, each heading teams in their respective countries.

When India and Pakistan tested nuclear weapons in 1998, Dr Mubashir and the two organisations he played a leading role in, PIPFPD and HRCP, stood firmly in the anti-nuclear lobby. By then, Dr Mubashir had parted ways with the original PPP and joined the Shaheed Bhutto faction of the party, led by Murtaza Bhutto’s widow Ghinwa. His imprint was clear on the strong anti-nuclear statement that the PPP-SB issued at the time. 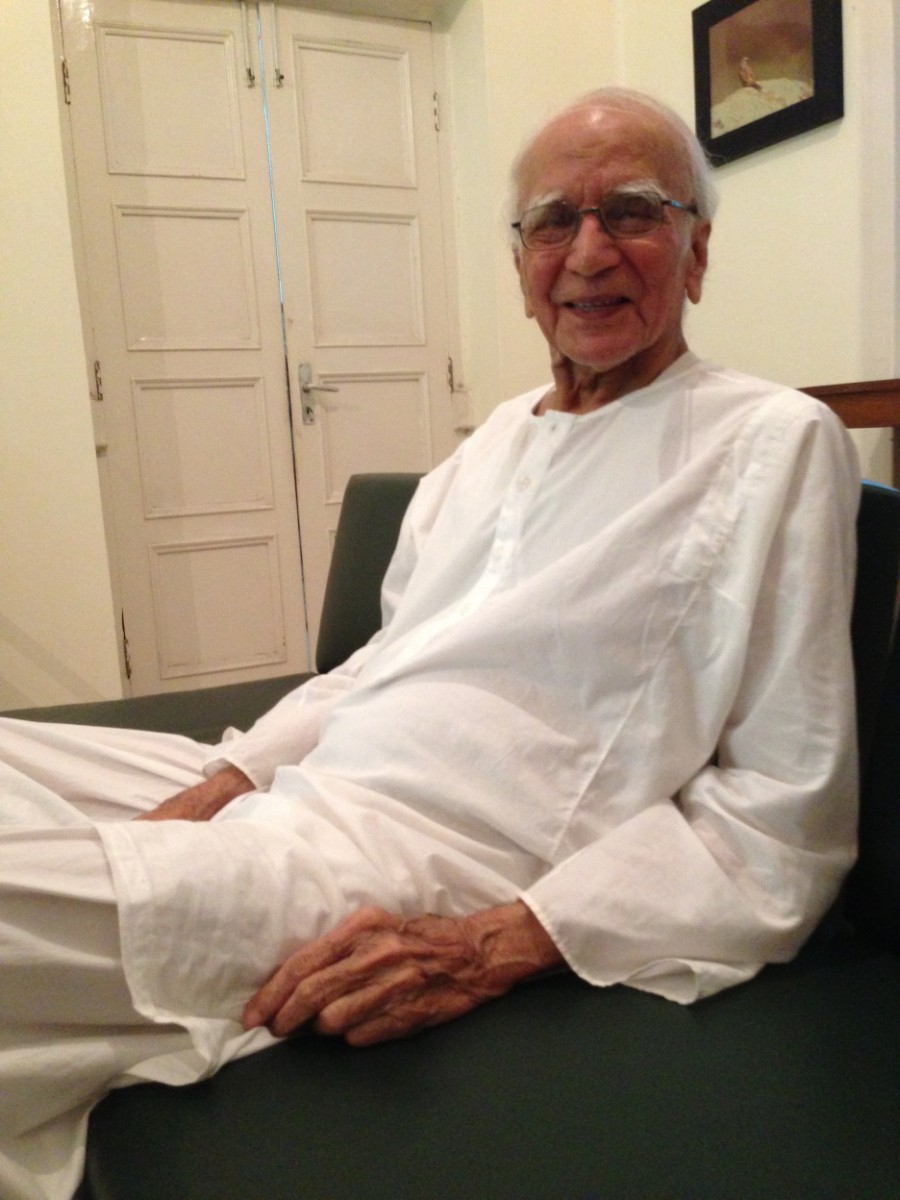 Dr Lown lets me in when I ring the doorbell at his home Newton near Boston in the summer of 2017. As we sit and talk in his sitting room, he tells me that he now works primarily on climate change, which he considers the biggest threat to the world today. Our time is cut short because he double-booked – should have gone through his secretary. Some senior politicians from an African country are coming to see him, fellows at the Lown Institute, a nonpartisan thinktank he set up at Harvard University. Its focus was initially on improving healthcare and reducing overmedication, but it has expanded to climate change issues. He seats his other guests and sees me out, promising to make time again.

When I visit again, Dr Lown is waiting for me with a thoughtfully signed copy of his memoir about IPPNW. I also get him to sign my copy of The Lost Art of Healing.

I ask if he will endorse a statement for peaceful relations between India and Pakistan, signed by Dr Mubashir and over 1,000 other eminent persons of India, Pakistan and elsewhere. The statement calls to “make dialogue uninterrupted and uninterruptible”. Dr Lown is sceptical about the good this would do, but good-naturedly agrees. There’s no way of knowing if it has an effect but perhaps it is like a pebble causing ripples in a pond, helping counter the war hype-narrative.

When I email to thank him, Dr Lown replies, “It was good to meet up. The result was immediately positive, a more than one-hour conversation with Mubashir and Zeenat in Lahore. Regrettably, Mubashir’s mood was pessimistic. I am surprised that Pakistan does not have a magazine that could unify the voices on the Left and lead to an effective movement. Without the Progressive, The Nation, The Monthly Review and a host of others there would not have been the Bernie Sanders phenomenon.”

Pakistan has several leftist magazines in various languages, I respond. But the low literacy level and different languages make unity more difficult. I add that I also spoke to Dr M. “He shared his pessimism. I shared my cautious optimism and he laughed and said I was sounding like I.A. Rehman”.

In Lahore after New Year 2019, I tie up with I.A. Rehman to visit Dr M. He is sunning himself on the back porch of his bungalow overlooking the lawn where the PPP was launched. We talk about Asma Jahangir and Pakistan politics. He asks about my family as always, particularly my daughter. I show him photos of Dr Lown and take one of him for Dr Lown. He wants to sit up for it, but I won’t let him.

Over the past year, direct contact between Dr Lown and Dr Mubashir becomes more sporadic. Dr Lown and his wife Louise both have health issues. Dr Mubashir is getting weaker. He stops checking email and then also stops picking up the phone that he always used to answer himself.

In May 2019, I visit Dr Lown again, this time taking along the senior Indian journalist Prem Shankar Jha, who is on a fellowship at Harvard working on climate change issues. After an update about Dr Mubashir and Pakistan, Dr Lown asks Jha about his work on alternative energy sources. He shows us the historic photos in his foyer, including Dr Lown with Gorbachev, Castro, and other political personalities.

Dr Lown’s secretary emails me with the sad news of Louise Lown passing away at home in November 2019. I send my condolences and try to call Dr Mubashir to let him know. He doesn’t pick up the phone. I hear he has been very ill but is recovering.

When I visit Lahore this past winter, I find him frailer. He still has visitors every day. An attendant brings tea and biscuits. Dr Mubashir holds court from his bed, listening to the political conversation. When he participates occasionally, his voice sounds surprisingly strong. On one visit, I get some time with him alone until another friend Khalid Mehboob, comes in. I share with them a statement on India’s Citizenship (Amendment) Act, drafted by our friend Kanak Dixit in Kathmandu. Tea arrives.

Dr M says he will sign the statement, probably his last public endorsement. I am conscious this may be our last meeting. But I manage to get one more visit in, shortly before leaving for Boston in February. I return to a coronavirus-hit America.

On March 14, I wake up to the news of Dr Mubashir’s passing. I want to tell Dr Lown. I call and break the news to him gently, conscious of his own recent loss. He talks about Louise Lown in loving terms. “So much has happened… It’s upset the whole apple cart”.

He also expresses his sadness about his friend’s departure. “Mubashir was the ultimate human being with a profound commitment to human values. I will never forget him”.