Interview | No Need to Play India, China Against Each Other: Maldives Foreign Minister

Abdulla Shahid said, "India has always been, always will be our best friend. The previous government had a very bad experience by trying to push away India."

New Delhi: It has been over a year since the Maldives threw up a surprise and overwhelmingly voted for the opposition to return to power.

After estrangement during the tenure of President Abdulla Yameen, the first year of Maldivian President Ibrahim Solih has entailed a return to the ‘India First’ policy. However, while China’s presence has become low-profile, Beijing remains an important partner for the Maldives due to its generous funding profile.

In a sign of the return of normalcy of bilateral ties, the Joint Commission meeting, that sets the agenda for the relationship, will be held on Friday after a gap of four years. It will be chaired by Indian external affairs minister S. Jaishankar and Maldives foreign minister Abdulla Shahid.

A former parliament speaker, Shahid has been at the forefront of returning the Maldives to the international community.

In an interview to The Wire in New Delhi, Shahid said that he had expressed disappointment at the pace of the re-induction of Maldives into the Commonwealth. The current Maldivian speaker Mohamed Nasheed had earlier told The Wire that he was concerned that the Commonwealth Secretary General’s previous consultancy with the Yameen government may have impacted the process.

He spoke about the state of bilateral relations with India and whether he was satisfied with the current pace of work in development projects. He asserted that the government wanted to make sure that it was following all rules and procedures in implementing the development projects which would impact progress – but it was essential to ensure that resources were not misused as the previous government had done.

The foreign minister also answered questions about the de-registration of a civil society group, Maldives Democracy Network (MDN) for its allegedly anti-Islamic content in a report published four years ago.

Within the last one year, Maldives’ judiciary has undergone a full makeover. Shahid explained why this was necessary.

The interview has been edited for brevity and clarity.

Can you spell out the agenda for the joint commission meeting?

This is the sixth joint commission meeting. The last joint commission meeting was held in 2015. Thereafter, relations had gone south between the Maldives and India. After the new government came in, the friendship that began on the 17th of November, 2018 between President Solih and Prime Minister Modi has strengthened… there has been a lot of high-level visits. This year has been full of activities.

After a four-year absence, the joint commission, co-chaired by Dr Jaishankar and myself, will be sitting down to review what has been on the table and to set out the agenda for the future.

What has been driving this relationship between our two countries is the direct contact between the two leaders. From November 2018, the senior leaders have met more than 2-3 times. Just a week back, they met again via video link. Every time they meet, they put out a more ambitious agenda. It is up to officials to implement it. So, it will be good to sit down in Delhi and review what has happened and set up the agenda for the next two years.

Are you satisfied with the pace of execution of the projects?

All I can say is that people in Delhi as well as in Malé, are putting 100-150% effort into it. But after all, we are all humans. So, there is a limit to what can actually be done in reality. But, there is no limit to our desire and expectation.

But, also what we are trying to do, here in Delhi and Malé, we have agreed that our projects will be transparent. It would be not fraught with corruption and other faults that were part of the previous regime, who were mis-utilising foreign aid.

Also read: Maldives Defence Minister: No Need for Close Military Ties With Countries Other Than India

We came in promising good governance. So good governance, democracy, these are things that do not necessarily give too much room for fast-paced execution. Because there are certain rules to be obeyed. It is not like what one can do things in a dictatorship. In the end, when things were done in that manner, it was realised that the exact thing could have been done for a lesser amount. 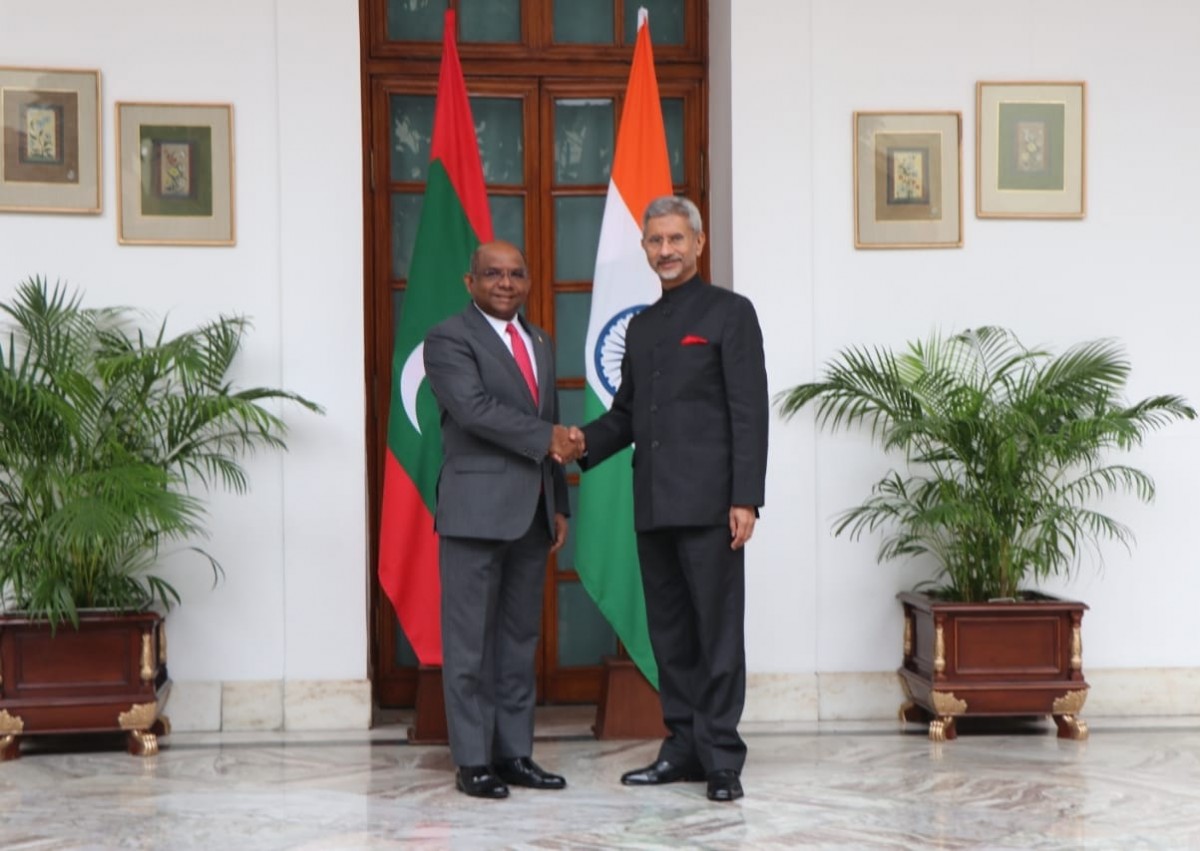 What is happening with the projects between India and Maldives is that proper planning is put into place, proper studies are done – and the proper procedures are being followed.

But even with all this, I am happy to say that soon we are going to see several of the projects start physically.

What do you mean by increasing transparency in India-backed projects?

Indian aid packages come through Exim bank. So, we are following Exim bank procedures to the letter. EXIM bank is a commercial entity, who are liable to the financial procedures and protocols of not only Indian but also international standards. So, we will adhere to these standards and we are doing it. We are also very sensitive to our own laws that have been instituted and we are following it

How much of the line of credit has been utilised?

I can say that the port project is moving quite well. The land reclamation for that project has been awarded. The agreements for Addu integrated project is on the verge of being concluded. We should see ground-breaking in a couple of months in the water and sanitation projects.

The entire bench of the Supreme Court has been just recently changed. What is the goal of the government on the judiciary – which seems to be the main reform priority for the government?

Would the issue of commonwealth membership come up in your discussions with the Indian side?

Yes, of course. I will be thanking Dr Jaishankar and the Indian government for the outstanding support that they have given for our cause. The (Commonwealth) secretary-general has finally, earlier this month circulated her report to all member states. We are very hopeful that we are going to be back in the commonwealth.

So you will be back in the commonwealth at the Commonwealth heads of government summit at Rwanda (in June 2020)?

I am not waiting till Rwanda summit. I want the Maldives in before that.

She (the secretary-general) has given a deadline of the end of this month for states to raise any objection to the Maldives becoming a member. She has also recommended that Maldives membership be fast-tracked like that of the Gambia. I am expecting the secretary-general to write to the President early next year. Of course, once we receive the letter, we will send a formal application which will be circulated to the heads of government for endorsement.

Did you expect the process for the Maldives return to Commonwealth to take this long?

To tell you frankly, I am disappointed. I have expressed my disappointment to the secretary-general more than once. She also tells me that she is making sure that all procedures and protocol are being followed. 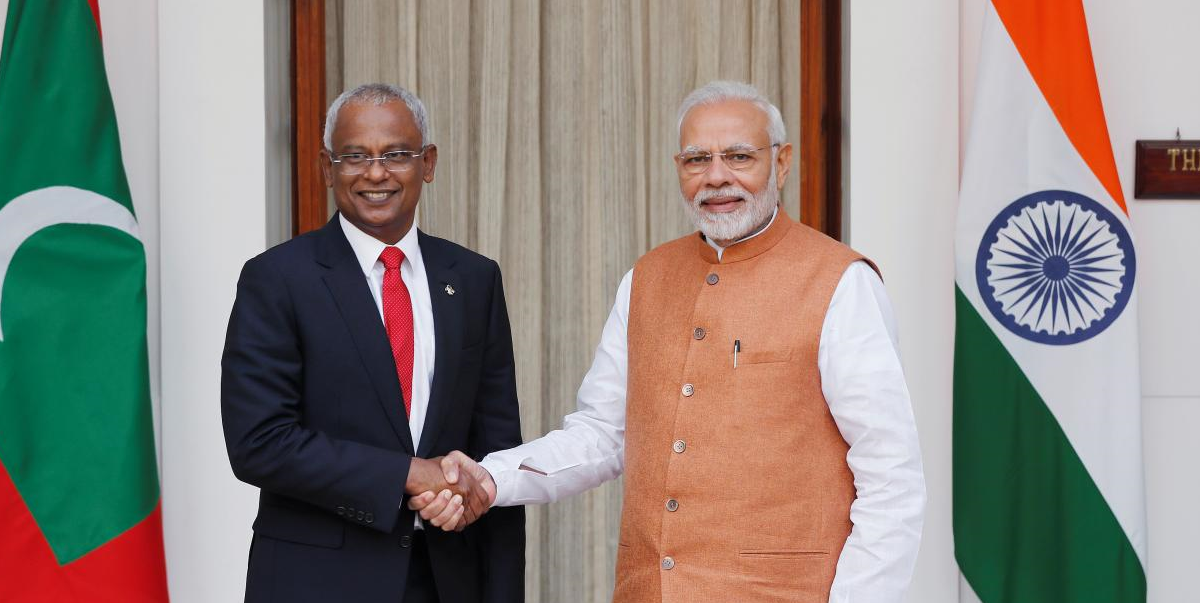 You have an ‘India First’ foreign policy – but you also have a relationship with China. How are you able to walk the fine line between these two countries?

India has always been, always will be our best friend. The previous government had a very bad experience by trying to push away India. But India is there in the north. It has assisted us in every difficulty we have had. India is the only country geographically placed with the necessary resources and the necessary goodwill to come to the assistance of the Maldives. Now the relationship is much closer. We don’t see our relationship with any other country having any impact on our relationship with India.

We do have a relationship with China and to be fair, they have been very generous to the people of Maldives. But, there is no need to play one against one another. Doing that will hurt everyone. 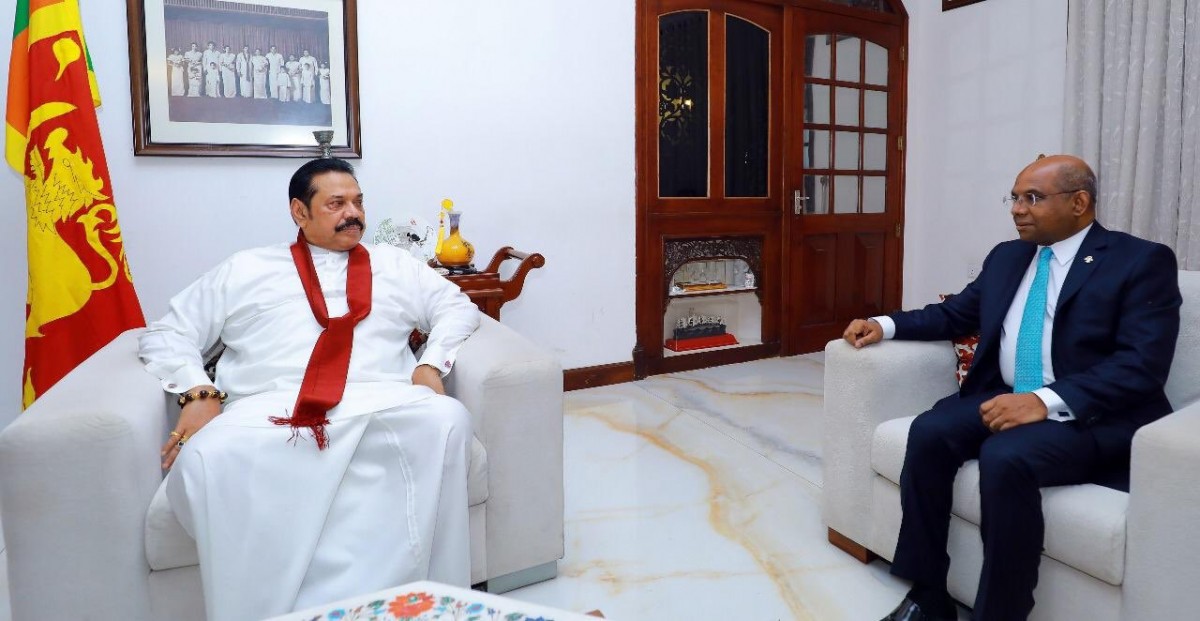 The new Maldives government seems to have concentrated domestically in changing the judiciary. The entire Supreme Court bench has been changed. Why has the government made this a priority?

We came into government promising judicial reforms. Since the new constitution was promulgated in 2008, the one branch of government that has totally failed is the judiciary.

When we examined what had happened, we saw a finger of the judiciary at every stage, stirring and disrupting the process. Investment confidence in the Maldivian economy for foreign investors had been lost. There was no inflow of Foreign Direct Investment. The entire integrity of judiciary was tarnished. That is the reason we had to make it our number one priority.

They also faced the wrath of President Yameen towards the end of his term, when he had his military go into the Supreme Court and arrest the sitting Chief Justice Ali Hameed.

So our number one priority is to re-establish the priority, give the much-needed confidence to the people and the international community, to international investors. This is to bring back some sanity in the country.

While there was a lot of hope with this government, one issue on which there is disappointment is about the treatment meted out to Maldives Democracy Network. Why was it necessary to ban the organisation?

We came to power as a government promising rule of law. Yes, MDN is an organisation which worked very closely with us during our time as the opposition. It was a most painful decision for the government to take. When you look at the report that was published by them, it was very unfortunate that there were parts of it which were contrary to law. The police and the Islamic ministry saw the contents of it and tried to take action that was prescribed in law.

It wasn’t the easiest of actions. But we also had a look at decisions taken by some of the other countries like Denmark, Austria and the European court of human rights. It had been decided ridicule of prophet and such language is not deemed as human rights or freedom of expression.

It was a very painful decision. But, we also do not want to give the signal that the space for NGOs is being limited. We will be talking to NGOs and with their views, we will have a review

Earlier, they [NGOs] were registered under the home ministry. When we came to power, we desired to give more space to civil society. President Solih created the ministry for community development to provide more space for civil society. We will guarantee their space.