Kulbhushan Jadhav Appears to Be 'Under Extreme Pressure', Says India After Consular Access

India was the first to issue a public statement after the meeting. 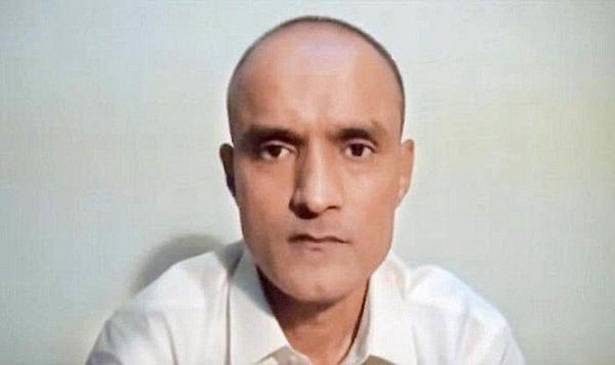 New Delhi: After over three years, an Indian diplomat finally met with incarcerated Indian national Kulbhushan Jadhav at a specially-declared jail in Islamabad for two hours. However, the meeting was recorded and held in presence of Pakistani officials, with Jadhav not budging from his public ‘confession’.

The meeting, which lasted around two hours, was a result of the July 17 order of the International Court of Justice in The Hague.

This was the second public offer made by Pakistan for consular access. Accepting the offer, India said it hoped that Pakistan would “ensure the right atmosphere so that the meeting is free, fair, meaningful and effective in keeping with the letter and spirit of the ICJ orders”.

India’s deputy high commissioner to Pakistan, Gaurav Ahluwalia went to the foreign ministry in Islamabad to first meet with Director General South Asia and SAARC, Mohammed Faisal. Ahluwalia is also the Charge d’ Affaires (Cd’A) of the Indian mission as the ambassador was recalled after Pakistan decided to downgrade diplomatic ties following the modification of Kashmir’s constitutional status on August 5.

Incidentally, the Kartarpur corridor and Jadhav’s consular access were two topics on which diplomatic channels between India and Pakistan kept humming, even as rhetoric on Kashmir kept tensions high in the region.

After his appointment with Faisal, Ahluwalia was taken to meet with Jadhav in a sub-jail at around 12 p.m. local time, as per Pakistan foreign ministry.

Despite previous emphasis on “full” and “unimpeded” consular access, the Indian statement did not dwell on the exact nature of the consular access. However,  Pakistan foreign ministry said that, as conveyed to the India in advance, the meeting was recorded and held “in presence of officials of Government of Pakistan”.

Pakistan contends that Jadhav is a serving Indian naval officer, who was caught in Balochistan in March 2016 while on an alleged espionage mission. India has asserted that Jadhav had already retired from Indian navy and was kidnapped from Iran.

In contrast to the “media spectacle” when Jadhav’s mother and wife visited the foreign ministry, there was an absence of similar visuals this afternoon. This was also noted approvingly by the Indian side, who felt that Pakistan had made some “positive” changes in their handling of the consular access.

Similarly, the Indian side noted that there were no “leaks” to the media from across the border on the actual substance of the meeting between Ahluwalia and Jadhav.

In fact, India was the first to issue a public statement after the meeting. MEA spokesperson Raveesh Kumar said that Jadhav “appeared to be under extreme pressure to parrot a false narrative to bolster Pakistan’s untenable claims”. The caveat to this claim was that India was still awaiting a more comprehensive report from its diplomat.

The statement also makes clear that Jadhav has not changed his public remarks, first made on video and then repeated to his mother and wife.

“We will decide a further course of action after receiving a detailed report from our Cd’A and after determining the extent of conformity to the ICJ’s directives,” said Kumar.

India also sought to point out that the consular access was part of the “effective review and reconsideration of the conviction and sentence awarded” to Jadhav.

The MEA spokesperson also noted that external affairs minister S. Jaishankar had spoken to Jadhav’s mother and “briefed her of today’s developments”.

He also added that the Indian government remains “committed to continue to work towards ensuring that Shri Jadhav receives justice at the earliest and returns safely to India”.

However, there was no mention of India’s previous stance of “unimpeded” consular access in the Indian statement. When Pakistan had offered consular access on August 2, India had rejected it on grounds that it wanted “unimpeded consular access to Shri Kulbhushan Jadhav, in an environment free from the fear of intimidation and reprisal, in the light of the orders of the International Court of Justice”.

For India, ‘unimpeded’ or ‘full’ consular access has meant that Indian officials would be able to have a private, confidential conversation with Jadhav, without a Pakistani officer on hand or possibility of electronic recording.

When asked for the reason for India agreeing to consular access without the provision for private conversation, Indian government sources stated that it was important to understand status of Jadhav’s well-being.

However, Pakistan has always insisted that there is no such explicit provision for private consular access in the Vienna convention or ICJ order. Instead, they had always pointed out that Section 36 (2) of VCCR had left the right of consular access to be exercised “in conformity with the laws and regulation of the receiving state”.

Neither side have however reacted with the fine-tuned note of outrage that diplomats in subcontinent deploy verbally. The Pakistani statement made no reference to India’s line about Jadhav appearing to be under “extreme pressure”, despite releasing it later. Similarly, the Indian side made no public reference to being disappointed in not obtaining ‘unimpeded’ access as defined by New Delhi.

Indian sources also reiterated that the MEA statement was an interim one, as it was issued before the detailed report from Ahluwalia landed in South Block. “There is no guarantee that we will issue another statement after this, but the detailed report will help us to understand how much of the prior understandings were adhered by Pakistan,” they said.