The opposition leader has been in jail since February 8, 2018, when she was convicted of corruption. Concerns have been expressed about her health condition. 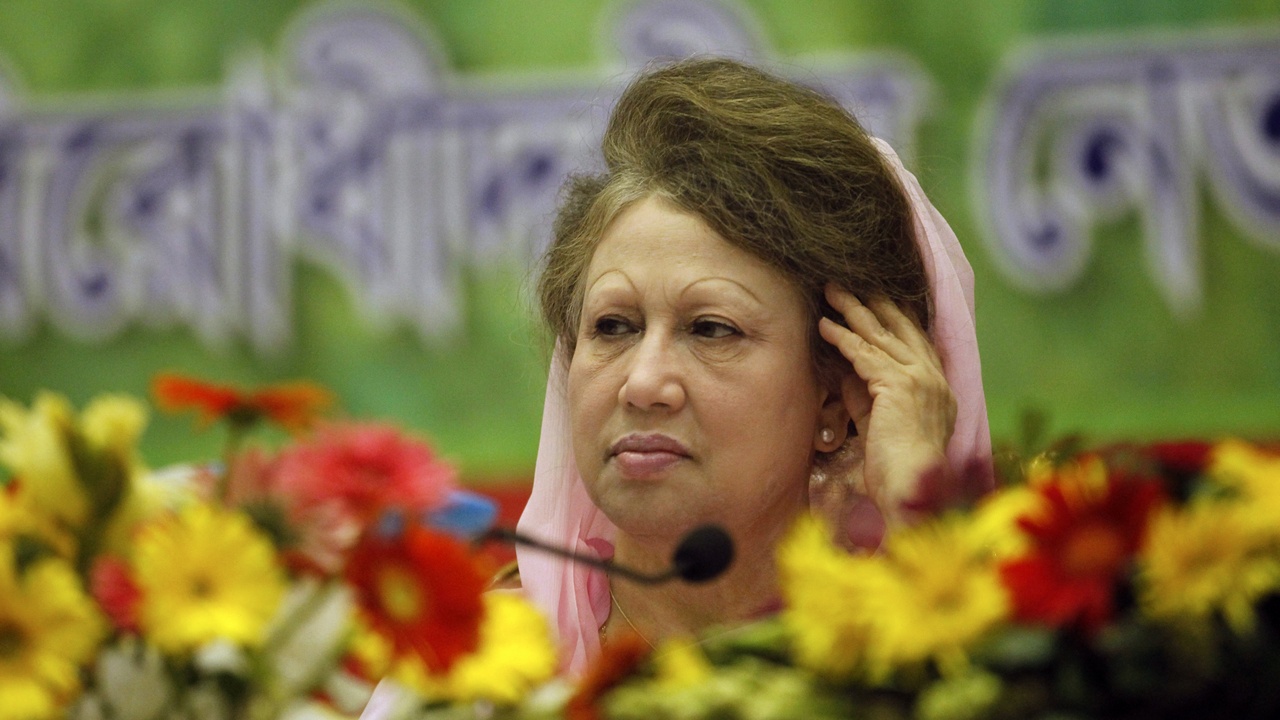 Bangladesh Nationalist Party (BNP) Chairperson Begum Khaleda Zia attends a rally in Dhaka October 20, 2013. Bangladesh's two main parties are hurtling towards a showdown this week that could delay or even derail elections due by January in a country with a history of ferocious political violence and military intervention. REUTERS/Andrew Biraj (BANGLADESH - Tags: POLITICS ELECTIONS) - GM1E9AK1QZI01

The opposition leader has been in jail since February 8, 2018, after a special court passed two orders sentencing her for five years, and three years in two corruption cases. In October that year, the Dhaka high court dismissed her plea against the orders. The high court and the Supreme Court have together rejected her bail plea four times thus far.

Khaleda Zia, the 74-year-old widow of former Bangladesh president Ziaur Rahman, has been ailing for some time and is presently receiving treatment at the Bangabandhu Sheikh Mujib Medical University in Dhaka. Zia’s family has repeatedly requested the Sheikh Hasina government to release her so that she could be airlifted to London for better treatment.

Speaking to media persons at his residence on March 25, the country’s law minister Anisul Huq reportedly said Zia would be released from jail on humanitarian grounds but would have to remain in her house and can’t leave the country. “Khaleda Zia’s family members had appealed to the home ministry for her release from jail under an executive order so that she could have treatment in London. The appeal was forwarded to me.

“Later, Khaleda Zia’s brother Shamim Iskandar, her sister Selima Rahman, and her [Selima’s] husband Rafiqul Islam met the prime minister and made similar appeals. I gave my opinion to the home ministry to suspend her sentence and release her from jail on condition that she cannot go abroad,” he said.

Reacting to the news, BNP secretary general Mirza Fakrul Islam Alamgir termed the decision as a “relief”. “We are eagerly waiting for her release. It is a relief that she will get peace for at least six months. But we are concerned that if she could not go abroad, how could she have proper treatment,” he said in Dhaka.

Khaleda Zia’s lawyer Khandaker Mahbub Hossain told the Dhaka Tribune that after accepting the application, the home ministry would issue an order to the jail authority. “Upon receiving the order, the authority would take necessary steps to release her.”

Welcoming the decision in a tweet, Amnesty International South Asia said, “We welcome the Bangladeshi authorities’ decision to conditionally release the opposition leader Begum Khaleda Zia from jail on humanitarian grounds. As she is suffering from a life-threatening illness, she must be given unrestricted access to the healthcare she needs.”

We welcome the Bangladeshi authorities’ decision to conditionally release the opposition leader Begum Khaleda Zia from jail on humanitarian grounds. As she is suffering from a life-threatening illness, she must be given unrestricted access to the healthcare she needs.

The rights organisation has in the past expressed “deep concern” at the health condition of the detained leader.