Trump met Khan on the sidelines of the World Economic Forum at the Swiss city of Davos. 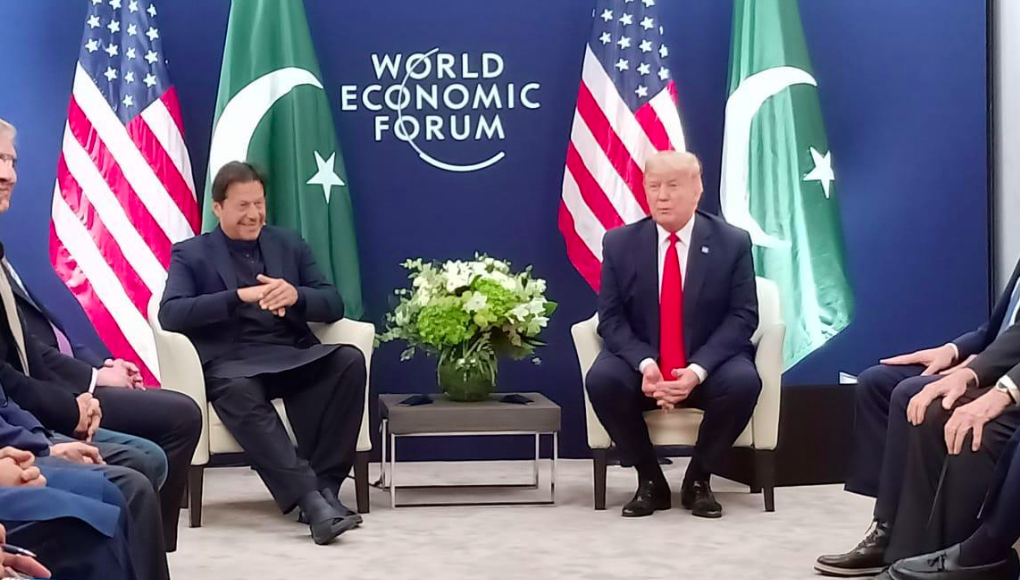 New Delhi: US President Donald Trump said on Tuesday that a key item on the agenda for his talks with Pakistan Prime Minister Imran Khan was Kashmir. He asserted that Washington was following the region “very, very closely”.

Trump met Khan on the sidelines of the World Economic Forum at the Swiss city of Davos. This was their third meeting since Khan took over as prime minister in July 2018.

In a statement to reporters just before the discussions, Trump said that talks on trade with Pakistan “was going to be of very, very paramount importance”.

Then, he added that both countries were “working together on some borders, and we’re talking about Kashmir in relation to what is going on with Pakistan and India”.

“And if we can help we certainly will be helping,” he said, Khan sitting besides him.

Trump, who described Khan as a “very good friend”, stated, “We’ve been watching that (Kashmir) and following it very, very closely,” he added.

In his own remarks, Khan said that the “main issue” that they wanted to talk about was Afghanistan, on which “fortunately we are on the same page”.

On India, Khan said that “it was a big issue for us in Pakistan. “We always hope that the US will play its part, because no other country can,” Khan said, to which Trump responded, “Right”.

Relations between India and Pakistan have been frozen for last couple of years over New Delhi alleging that Islamabad has been fomenting cross-border terrorism. Tensions heightened last year, which saw India and Pakistan undertake retaliatory airstrikes in February. There was renewed vigour in diplomatic rhetoric after India removed the special status of Jammu and Kashmir in August 2019.

When asked by a reporter if he would also visit Pakistan during his scheduled trip to India this year, the US president was evasive. “Well, we are meeting right now. I wanted to say hello”.

As per several reports, Trump may be visiting India as early as next month.

He added that United States has “never been closer with Pakistan than we are right now”.

The US President has made several offers to mediate between India and Pakistan on Kashmir, but New Delhi has so far maintained publicly that it does not want any third party intervention.

Also read: Trump and Kashmir: If It Sounds Like Mediation, It Is Mediation

At his first meeting with Imran Khan in July 2019, Trump had memorably claimed that Indian Prime Minister Narendra Modi had asked him to mediate on the Kashmir issue. The Indian government had flatly dismissed this claim.

The second meeting between Khan and Trump had followed the US President’s joint rally with Modi at Houston in September last year. Sitting next to Khan in Washington,

Trump expressed his surprise at Modi’s “very aggressive statement” and refused to endorse India’s repeated assertion that Pakistan was a hub of terrorism.

Since India removed the autonomous status of Kashmir and imposed restrictions on communications and movement, the US has been vocal about the need to restart political activity and resume access to internet and mobile services for the residents of the Union Territories.

The US ambassador Ken Juster had been part of the first group of envoys who visited Kashmir since August last year. Following the visit, Alice Wells, US Acting Assistant Secretary of State for South Asia had tweeted that the visit was an “important step”, but added, “We remain concerned by detention of political leaders and residents and Internet restrictions. We look forward to a return to normalcy”.