Haider's work is focused on ensuring the security and safeguarding the rights of her community. That has made her unpopular with Pakistani government and conservatives within the group. Lahore: On February 17, 2013, the Hazara community was attacked in a bomb blast that killed at least 84 people and left 160 injured. The bomb – hundreds of kilograms of explosives fixed to a water tanker – exploded in a vegetable market in Quetta’s Hazara Town, and had been detonated using a remote control.

Jalila Haider can’t ever forget that day. The grief and trauma are etched in her mind. When she visited the market place, she saw the level of damage done.

“I thought I saw a body in the Imam Bargah, so I went inside. I was right. A corpse lay at a distance,” she recalls. “At first I thought it was the body of a man. Then I saw it was a pregnant women – both her and the baby were completely burnt.”

According to Haider, who is the first female Hazara lawyer, targeted violence against her community spiked in the early 2000s.

“Persecution against the Hazara people started in Balochistan soon after the Taliban invasion in Afghanistan,” she says. “In 1999, the first attack took place, where a passenger van was targeted. Later, the Lashkar-e-Jhangvi claimed responsibility for that. Then the attacks continued, one after the other, from time to time. They started again from 2002 and still continue.”

It is mostly in Quetta, the capital city of Balochistan, that the attacks take place. While a majority of the community does live here, they are also present in other parts of the country. “Very few people know about the Hazara people in the rest of the country,” Haider says. 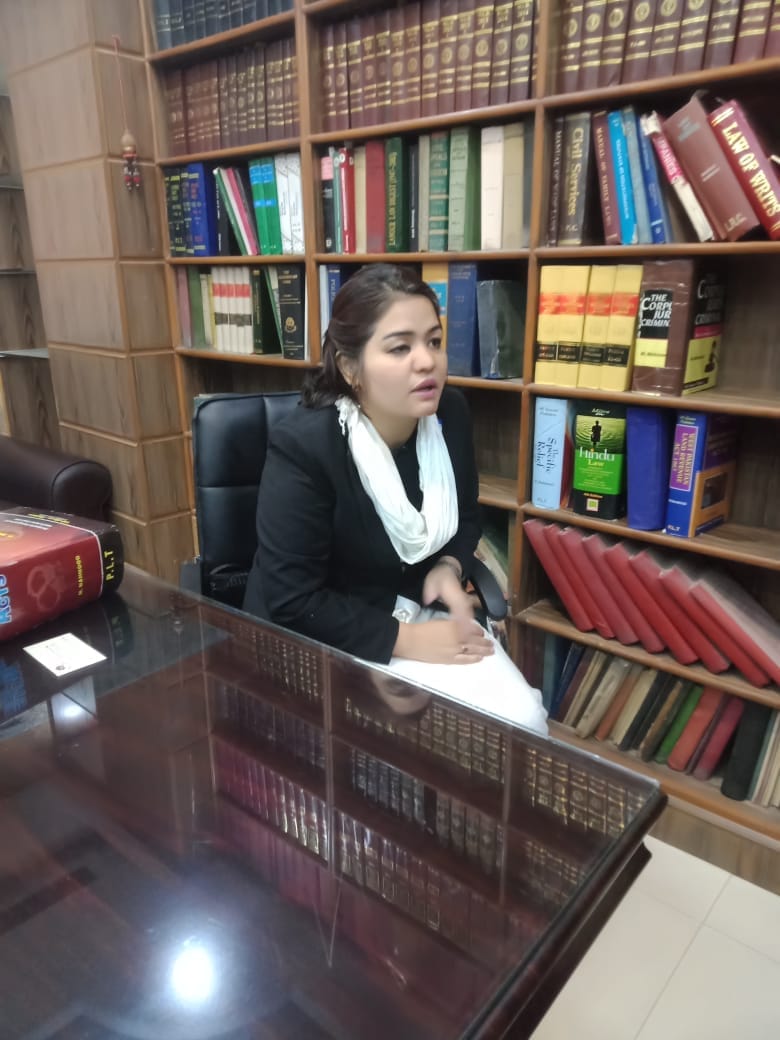 The lawyer has made her community the focal point of her work, including in her public speeches. “From giving free legal assistance to bringing up basic problems such as identity card issues, I have always raised my voice against Hazaras’ plight at every national and international forum,” she says. “I even went on an indefinite hunger strike and called the Chief of Army Staff to visit the hunger strike camp, where he assured Hazara people he would work towards their security. Today, things have become much better in Quetta city.”

In the last 20 years, however, the situation has been so bad that many from the Hazara community have left the country and have ended up in migrating to Australia, Canada, the US, Europe and the UK. “Many people are still waiting to be settled in Indonesia and Thailand,” she says.

For Haider, being an ethnic minority is not the only challenge. “Being a women itself is a challenge,” says the lawyer who in 2019 made it to the BBC’s list of “100 most inspiring and influential women from around the world”.

“And then I am also a the first female lawyer of an ethnic minority. I did earn enough respect in our Bar, but I also faced a lot of sexism, cyber harassment and abuse for being outspoken. But I always remained firm and determined for my cause and work.”

Even though Hazaras are progressive people, says Haider, with women being comparatively more liberated with respect to education, selection of profession and choice of life partner, she did have to face sexism. “Fathers always support their daughters more than their sons,” she says. “Very few Hazaras are conservative about women’s freedom, and the ones who are also engage in cyber bullying of women like me.”

Also read: Hazaras in Balochistan Live in Fear of More Violence, Feel Ignored by the State

Haider has also been raising the issue of people who have gone missing over the past two decades. Thousands are said to have disappeared without any trace from Balochistan, Sindh and Khyber Pakhtunkhwa, but there has been no official statements regarding them, despite families and activists taking to the streets.

This may have been one of the key thorns in the side of the Pakistan government because on January 20, Haider was detained at the airport for seven hours. She was on her way to the UK to attend a conference, and as she finished her documentation, she was stopped by the Federal Investigation Agency (FIA).

“They said I could not fly as per the directives of some state agency and that I could not travel abroad because of my ‘anti-state activities’,” says Haider. “The woman from the FIA said, ‘Koi gumshuda afrad ka mamla hay (It’s something to do with missing persons)’. I was kept detained for seven hours without any interrogation and without being allowed to contact even my lawyer. Later my passport was returned to me and I was told that I could take another flight. I was never told the reason for my detention.”

For Haider, this was the most humiliating incident in her life. In March 2019 too, a cabinet committee had decided to impose a travel ban on her, possibly for her activism in a civil rights’ movement. Even then, the reason for the ban was not revealed.