President Ibrahim Solih's first visit to New Delhi indicated that Maldives will try to re-balance its relations with India and China. 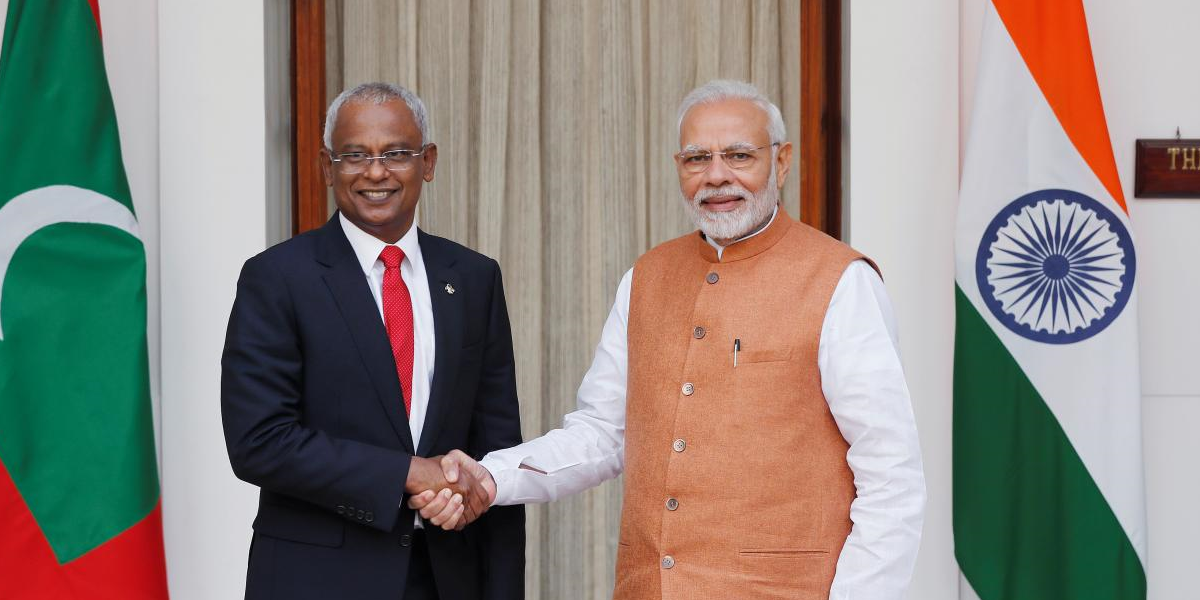 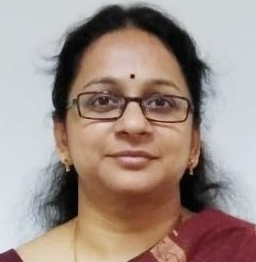 Maldives President Ibrahim Mohamed Solih’s first official state visit to India (December 16-18) provides impetus to bilateral cooperation between the two countries and must be seen in context to past political turbulence in Maldives and India’s response to those events.

The visit underscores the importance of bilateral and regional cooperation at all levels. India has offered $1.4 billion in assistance to Maldives for “budgetary support, currency swap and concessional lines of credit to fulfil the socio-economic development programmes of Maldives”.

This is a major boost to the new government, facing a debt burden of $1,188.2 million in 2017 (26% of the country’s GDP). The 2018 Maldives budget ($2 billion) prioritised solving the economic and social constrains by focusing on enhancing economic activities in the country. There seems to be convergence in priorities in the assistance offered by India to Maldives and the new government’s domestic economic vision.

Apart from the economic assistance, the two sides signed four MoUs on facilitation of visa arrangements and mutual cooperation to improve the ecosystem for agribusiness, cooperation in the field of information & communications technology and electronics. The visit also provided a platform to reaffirm India’s “Neighbourhood-First Policy” and Maldives “India-First Policy”. The change of government in Maldives was a positive development in terms of strengthening democracy and democratic values needed for regional stability, prosperity and security of Indian Ocean.

The economic prospects are contingent on various factors, including India’s response to internal developments in Maldives. Moreover, Maldives’ economic needs, future stability of the coalition government, the new government’s foreign policy choices and convergence of interest between the two countries on dealing with traditional and non traditional security threats in the Indian Ocean region are other crucial aspects that need to be considered for unhindered cooperation.

The emphasis on these factors has a historical precedent. The internal political developments and foreign policy choices of previous government in Maldives became a concern for India, centering on the treatment meted out to the opposition leaders, including the former president Nasheed and the use of emergency provisions that curtailed freedom of expression and dissent.

The opposition coalition came together to successfully oust the government led by Abdulla Yameen in September 2018. The people’s desire to have a change of leader and the opposition coalition’s united campaign worked in favour of the Maldives Democratic Party (MDP) candidate Solih, who emerged victorious and assumed the role of President. 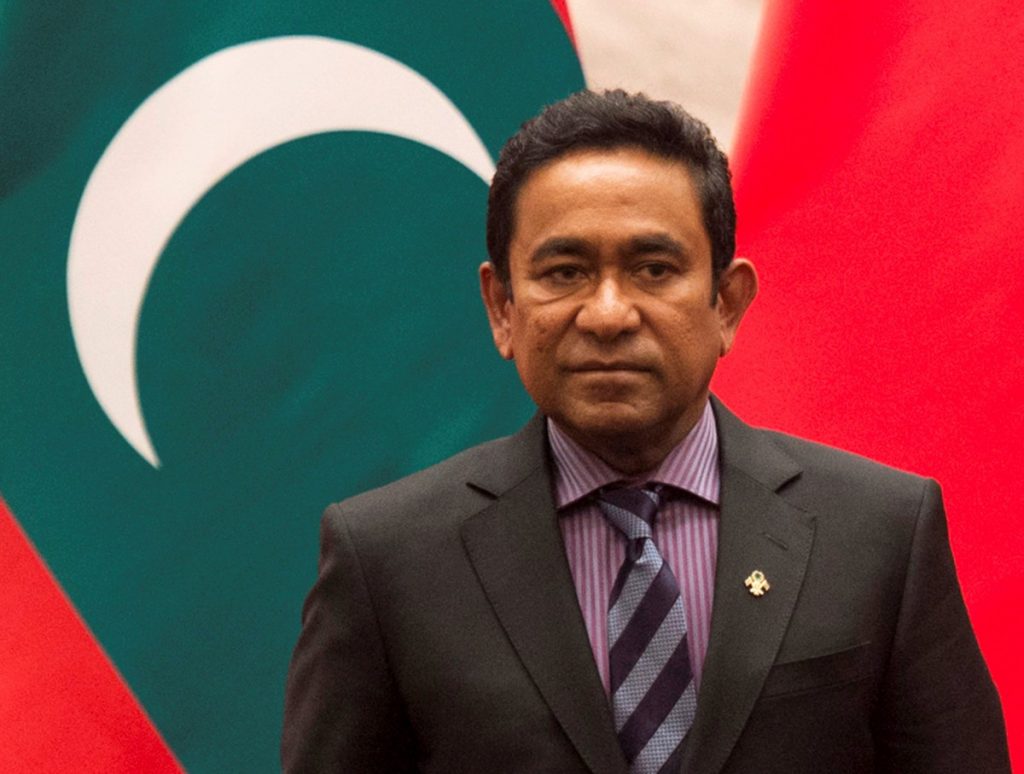 While the presidential elections were a glimpse of democracy in Maldives, the impending parliamentary elections will consolidate the democratic principles, testing the strength of coalition agenda. The recent developments indicate that the coalition partners – the Jumhooree Party (JP), the MDP, Adalat Party (AP) and Gayoom-led Progressive Party of Maldives (PPM) – will try to increase their respective strengths in the parliament. They may propose their party agenda to the people before the 2019 parliamentary elections.

The MDP has already taken a decision to field candidates in all the 87 constituencies, indicating a possible clash of interests with coalition partners in the future. It  will have to get the majority in parliament to implement the promised agenda. If it fails, the conflict of interest between the executive and the legislature might become a hurdle in the functioning of the government.

This was the reason for the downfall of the first democratically elected government of Nasheed in 2008,. The PPM-dominated parliament did not allow Nasheed to implement reforms at the local and national level.

Ousting Yameen was a unifying factor for the opposition parties, despite differences in ideology. Therefore, in the absence of Yameen, it remains to be seen whether the coalition partners will be able to take collective decisions on matters pertaining to economic, social development and foreign policy.

During Yameen’s tenure, India’s concerns on internal developments in Maldives led to the two nations drifting away. Maldives increasingly relied on extra regional powers such as China and Saudi Arabia for imports, exports as well as investments.

Nevertheless, India remained as an important development partner for Maldives in terms of establishing institutions in the health and education sector. India’s valuable assistance to Maldives during natural disasters has been well acknowledged.

Saudi Arabia and China are the largest investors in the country, engaged in developing major projects such as Ibrahim Nasir international airport, fishing harbours, Male-Hulhule Bridge, housing units in Hulumale among several others.

Given the role of multiple players in the country and Male’s dependence on tourism, the opportunities for India lie in diversifying its avenues of investment cooperation. Incidentally, President Solih met the Indian business community and promised to provide the legal protection required for foreign investment.

This may allay fears among the Indian businesses which were sceptical of further investments, given the ousting of GMR from Maldives by the previous regime. This incident was a blatant example of politicisation of Indian investments in Maldives. Solih’s assuring words may ensure that future Indian investments will not be used for political ends.

In the foreign policy domain, Maldives’ decision to rejoin the commonwealth and restore ties with Qatar and Iran signals a reorientation of foreign policy. At the same time, Maldives will try to re-balance its relations with India and China.

Former President Nasheed has been vocal about Male-Beijing relations and proposed to pull out of the FTA with China and clear the estimated $3 billion loans taken from Beijing by the previous administration. However, the new government’s stand on China’s Belt and Road Initiative is still unclear.

During the election campaign, Solih was not critical of Chinese foreign investments in Maldives and assured special envoy Luo Shugang of continued cooperation. In this scenario, Maldives may review some of the projects and aspects of cooperation with China, including the FTA. Given the lack of clarity on his China policy, there is a possibility that Solih may either reduce dependence or continue with Chinese investments that are already in progress.

At the regional and multilateral level, New Delhi and Male share common interests and concerns. While the common interests have to do with reforming the UN General Assembly and the Security Council, implementation of the Paris Agreement, they include combating terrorism and piracy in the Indian Ocean. The SAARC and IORA can provide a platform to work on lingering concerns. Moreover, India, Maldives and Sri Lanka can explore ways to strengthen trilateral mechanisms to address these issues.

Maldives may review some of the projects and aspects of cooperation with China, including the FTA. Credit: Fred Dufour/Pool via REUTERS

India-Maldives relations over the past four years have faced difficult times. The political change in Maldives provides possibilities for a more transparent and vibrant platform to engage on issues of interests at the political, economic and regional level. At the same time, future cooperation will depend on internal developments in Maldives and India’s response to such developments.

If history is a lesson to the enlightened, India must tread a cautious path in dealing with the island nation.

Samatha Mallempati is a research fellow at the Indian Council of World Affairs.