In Sri Lanka, a Poet Stands Stiffened With Fear but Praying for Peace

This year's Ramzan is seized by fear and tension in Sri Lanka, as all three of the country's ethnicities feel besieged and Muslims feel confined to their homes, especially women banned from wearing the burqa. 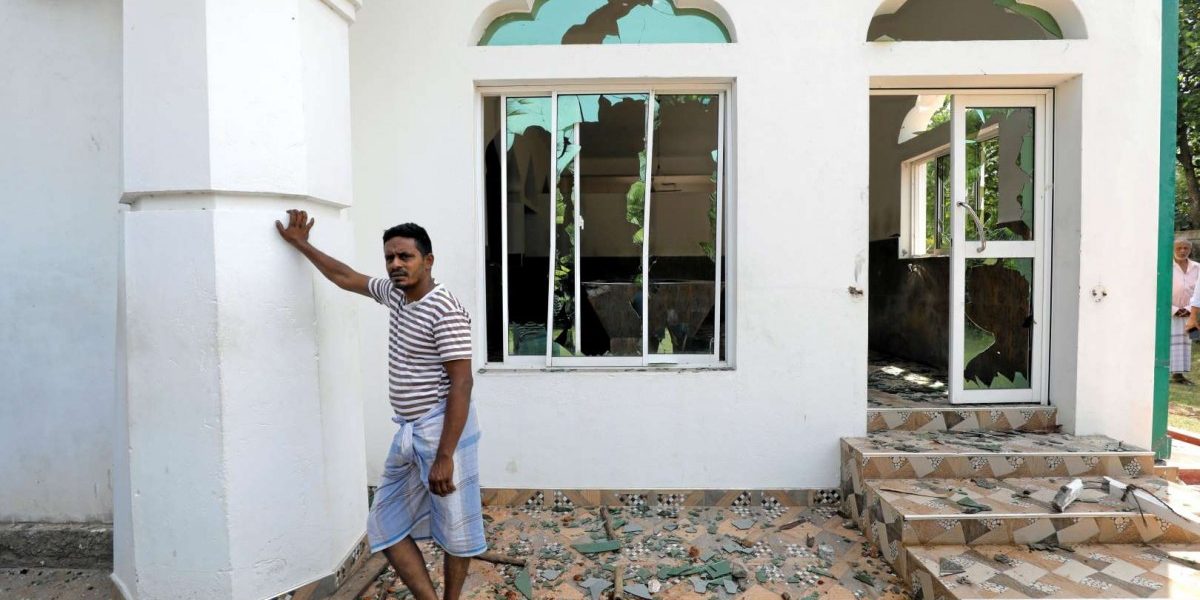 “My murder is being committed right in front of me.” When I wrote this line on another day, lives were being felled on this land. We were moving on the sharp edges of knives. As bullets pierced bodies, we looked at the dark skies – holding our lives in our palms.

The darkness should never be sowed again in my land, was my simple prayer.

From every house in Sainthamaruthu, a light travelled to the skies praying for peace. We feared for our unborn children, desperately hoping they would not be born in those times, amid the smell of sulphur. I had believed that the darkness had gone, had left us for good. But human beings and their crass ideas have never had an end in this world. My child’s future is perhaps destined to be darker than mine.

All three of Sri Lanka’s ethnicities today are besieged by this danger – a danger that spreads from one to another. One by one, we fall into the pits laid in series. Our community is assailed by fear so minute that it is not visible to the eye. Each moment, unpredictable as it is, burns itself to the end.

Fear is frozen in every pair of eyes that I come across. The fear is palpable in my house, everyday life, my religion, my clothes, the knife that I use in kitchen, the devotional books in Arabic that belongs to my father, in Quran. A whisper would suffice to freeze our bodies. I exist, with all my senses benumbed.

The news about death, those videos push me back to those dark times that we had forgotten. Deaths happen right in front of my eyes.

Around the same Ramzan season some years ago, they had created the grease devils. All the majoritarian power centres wish to keep the Muslim community in a constant spell of fear. Last year, during the fasting season, there were some planned clashes. This Ramzan is seized by fear and tension of a different kind. We are confined to our homes. The village administration has told the women to not come to mosques, for the evening prayers, given the gravity of the situation. The Sri Lankan government has banned women from wearing a burqa.

To further explain this:

“And tell the believing women to reduce [some] of their vision and guard their private parts and not expose their adornment except that which [necessarily] appears thereof” – An-Nur: 30

According to the holy verse, the women’s adornment is of two kinds: private adornment and public adornment.

A majority of Islamic scholars, experts on Quran and legal experts, opine that Muslim women need not cover their faces, hands and feet. The two persons who give explanation to the above verse in Quran – Ibn Abbas and Ibn Umar – are friends and students of the Prophet. They were the ones to pronounce Hadith, a record of traditions put forth by the Prophet.

The duo who came later – Imam Abu Hanifa and Imam Shafi – founded the legal schools of thought still followed by Muslims across the world. Especially in Sri Lanka, India and Pakistan among other countries: only the schools founded by them are in practice.

Though some Islamic scholars argue in favour of burqa, the arguments are not based on Sharia law. They are indeed an outcome of a misinterpretation of an Arab cultural practice as Islamic value. Experts, including Sheikh Mohammed Al Ghazali and Muhammad Sayyid Tantawy, have sufficiently said that burqa had nothing do with religion and it is only a relic of Arab culture. I believe it is practically impossible to wear clothes that cover face and hands.

The Muslim community, within itself, has been engaging in dialogue about why burqa is wrong. In Sri Lanka, this is evident from the speeches of Islamic scholar Usthaz Mansoor. Yet I fundamentally disapprove of the ban in Sri Lanka against women wearing niqab. Because I believe that even if in minority, they should be granted their own rights. Because till today, Sri Lanka had not faced any security threat from niqab. The suicide bombers of Easter Sunday did not wear a niqab when bombing this country. Why should niqab-wearing women pay the price for what they were not involved in?

It is possible to bring down the practice of wearing burqa through dialogue. There can be no two opinions that it should brought down. But it is fundamentally wrong to impose a ban through law. While saying so, let me clarify that I still think Muslim women should abide by the law, and question the ban in a democratic way.

It is evident that there is also a fissure in the relationship between the communities that had traversed with a great understanding about communal harmony. The hopes built up over ages to bring together the communities are now consigned to dust.

The times that I live in are beleaguered by the silence around me. The times are not appropriate to share our views, put forth our dialogue or engage in debates. As a poet, I do not wish to write or speak. I am still filled with fear about the dawn tomorrow. I am stiffened by the betrayal of these days.

Beyond all this, I could still sight the moon on the skies. In front of the star beyond that, I stand in silence with a prayer of another peaceful nation.

Izzat Rehana Mohammed Azeem, who writes in the name of Anar, lives in Sainthamaruthu in the Eastern Province of Sri Lanka. She has published seven poetry collections in Tamil. This essay was translated by Kavitha Muralidharan.