With Hina Rabbani Khar's Return as Pak Junior FM, What Can India Expect?

During her previous term, Khar emphasised a regional approach to the country's foreign policy. Recently, she criticised the US for its alleged preference for military regimes in Istanbul.

New Delhi: For the second time, Hina Rabbani Khar, who got a celebrity treatment during her first official visit to India, will take helm as Pakistan’s junior foreign minister in the new 37-member cabinet unveiled by Prime Minister Shehbaz Sharif on Tuesday.

Khar was the youngest and first woman minister during her tenure as Pakistan’s minister of state for foreign affairs between February 2011 and March 2013. She has once again been appointed to the same position.

After taking the oath of office, Khar on Tuesday stressed the need for employing “sincere efforts” to address the challenges on the diplomatic front, according to the Express Tribune. She expressed these views while chairing her first high-level meeting.

In Pakistan, foreign policy, especially with US and India, is not entirely in the hand of civilian politicians but rather controlled from Rawalpindi. There have been recent remarks by Pakistan’s Chief of Army Staff Qamar Javed Bajwa, which indicated that the military wanted to steer Pakistan away from Imran Khan’s populist foreign policy towards closer ties with the US and work toward normalisation of relations with India.

However, it may not be easy for Islamabad to make dramatic foreign policy overtures, with Imran Khan’s Pakistan Tehreek-e-Insaaf holding large rallies for snap general elections. Even if the election is held on schedule it gives the Sharif government only about 16 months  – perhaps not enough space to concentrate on foreign relations when the country is going through severe economic stress.

In the run-up to the cabinet formation, there had been a widespread belief that Pakistan Peoples’ Party chairman Bilawal Bhutto Zardari was going to be the foreign minister. But, his absence is due to Zardari’s involvement in resolving crucial political issues with partners, prominent Pakistani journalist Hamid Mir told Karan Thapar in an interview for The Wire. Mir asserted that Zardari is likely to be sworn in as foreign minister within the next 14-20 days.

Even if Zardari joins as the foreign minister, he is likely to be guided by the more-experienced Khar, at least in the initial stages. So which path will Khar, Zardari and Sharif take? An examination of her previous two-year tenure and statements she has made since may prove useful.

The Guardian, in a 2011 profile, described Khar as the “scion of a wealthy landowning family from southern Punjab”. She joined politics at just 25, after she graduated from a university in the US. During her first election, Khar’s “landlord father Noor addressed rallies and glad-handed voters; Hina stayed largely at home, with not even her photo appearing on the posters”, the newspaper reported.

She was one of the few ministers who transitioned from the military government of General Pervez Musharraf to the civilian government. She joined the Pakistan People’s Party just before the 2008 general election in the country.

Soon after her appointment as the junior foreign minister, Khar travelled to India. Talks between the two countries were suspended after the 2008 Mumbai terror attacks but were resumed around the time of her appointment. During her visit, trade and Kashmir were discussed. She also held talks with the separatist Kashmir group, the Hurriyat Conference, which the BJP – then the main opposition party – criticised. 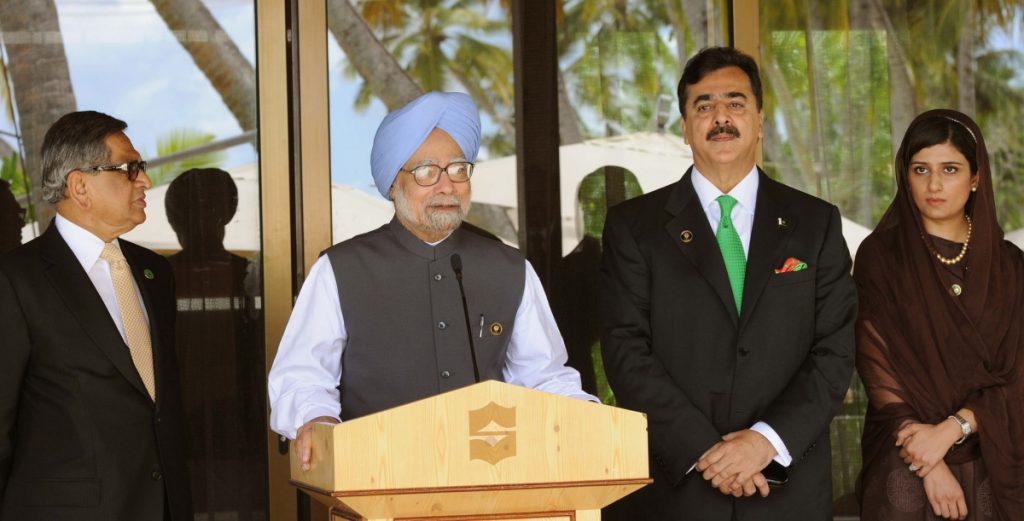 In 2015, reflecting on her term, Khar told Al Jazeera that the Asif Ali Zardari government pivoted to regional interests. “We didn’t need to have a great relationship with London, or with Washington DC, but we needed a great relationship with Kabul and Delhi,” she said. She also praised the Zardari government for decoupling the issues of trade and Kashmir.

In the same interview, Khar criticised the US government’s foreign policy on Pakistan, saying the country preferred dealing with military regimes, which “resulted in the pre-eminence of military influence in Pakistan”. “The US government has had a long history of immense fascination with the military of Pakistan,” she said.

In 2019, she criticised Pakistan for choosing to be a “client state instead of becoming [a] strategic partner” of any country. She reiterated that Pakistan should prioritise ties with regional countries like Afghanistan, India, Iran and China and not the US. “The US does not deserve that much importance as is given in Pakistan because our economy is not dependent on US aid, as is widely believed,” Khar said.

In 2016, she told the Pakistani channel Geo News that Pakistan cannot “conquer Kashmir through war” and progress on the dispute hinges on an “environment of mutual trust with India”.

“I believe that Pakistan cannot conquer Kashmir through war and if we cannot do that, the option we are left with is dialogue, and dialogue can only proceed with a partner with which we have normal relations and a certain level of mutual trust,” she said.

Watch: ‘Bilawal Bhutto Will Be Sworn in as Pak Foreign Minister Within 14-20 Days’

Khar has also criticised countries for using non-state actors to deal with conflicts, saying this would only create more conflict. She was speaking in 2015 in the context of the civil war in Syria. Khar said “all the powerful countries of the world involved [in Syria] have different goals which they are trying to achieve through non-state actors. This would produce drastic results.”

She also admitted that Pakistan was involved in inculcating “extremist thought” to certain terror groups. “I don’t see world getting orderly in the near future. The cause of the disorder is not the contest between the powers, it’s because we employ the tools that create disorder. The al-Qaeda, Taliban and militant Islamic State groups were created by the extremist thought inculcated in them by the states, including the US and Pakistan,” she said at a Lahore event in 2015/