India's current ambiguous engagement with Myanmar only disrupts the progress of the policy and the lives of the indigenous people in the region. 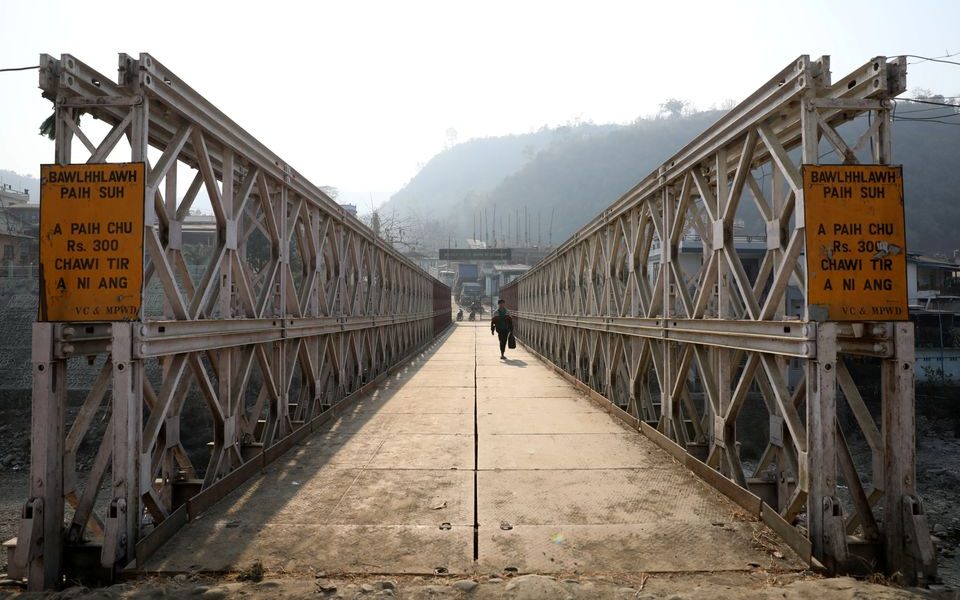 A person walks on a bridge that connects Myanmar and India at the border village of Zokhawthar, Champhai district, in India's Mizoram, March 12, 2021. Photo: Reuters/Rupak De Chowdhuri/Files 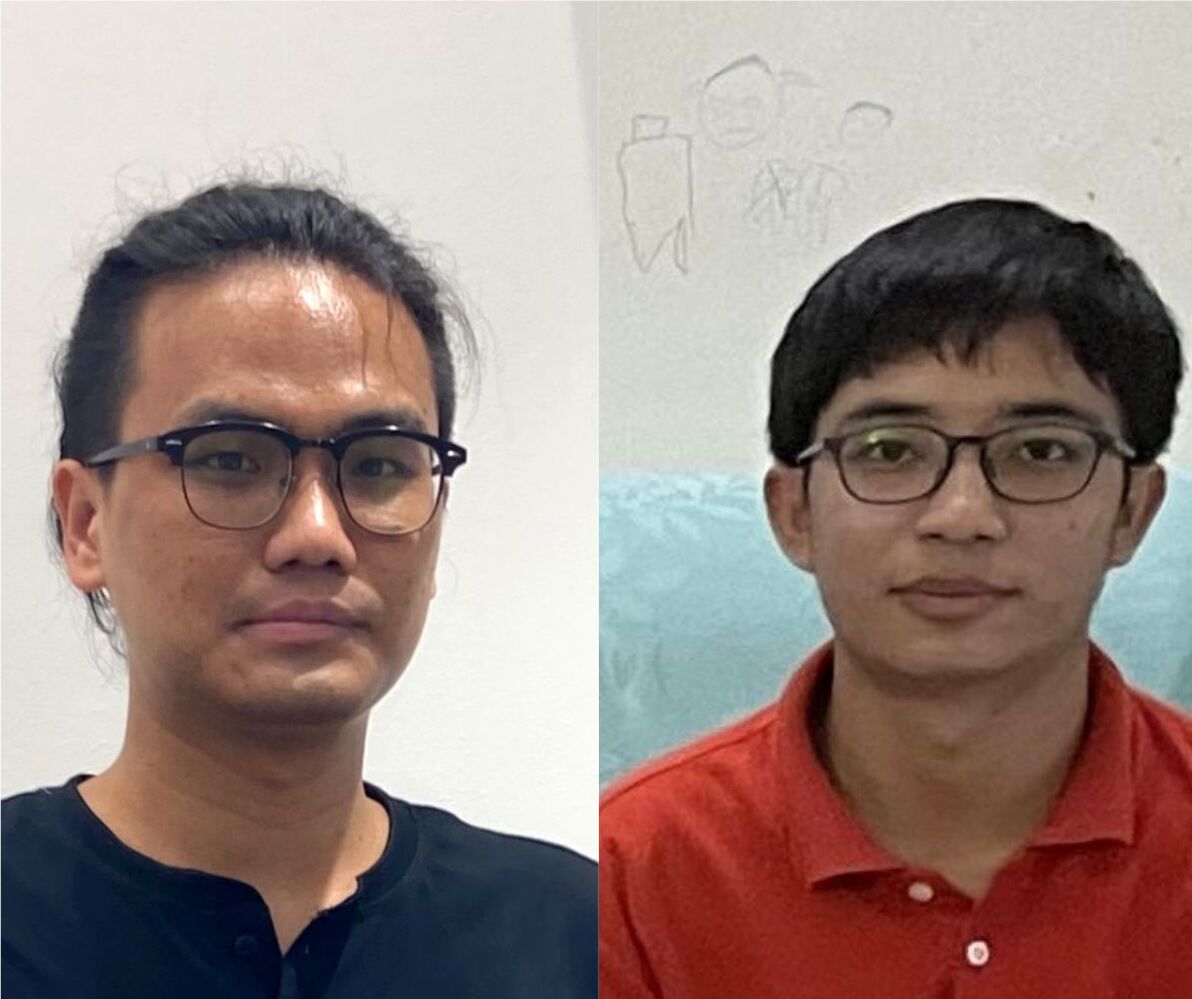 Myanmar has been under the control of its military since February 1, 2021, when it detained Aung San Suu Kyi and other leaders of her National League for Democracy (NLD) government; the most severe violent uprising the country has seen since the Saffron Revolution in 2007.

India-Myanmar relations have blossomed with the five Bs – Buddhism, business, Bollywood, Bharatnatyam, and Burma teak. As such, the military coup inevitably triggered a reaction in India.

Throughout the military coup, India has been cautious about its diplomatic relationship, condemning the violence and implicitly denouncing the Tatmadaw (the official name for Myanmar’s ruling military junta) but not reinforcing the legitimacy of the 2020 election result. One significant factor behind India’s strategic and ambiguous non-intervention is its Act East Policy (AEP).

The AEP is a diplomatic strategy vis-à-vis Southeast Asian countries in the fields of connectivity, trade, culture, defence and people-to-people-contact through the improvement of economic development in the North Eastern Region (NER), a gateway to South Asia.

The geopolitical location of this region can serve to enhance India’s partnerships with both the West and the East. The region is home to hundreds of trans-border communities, with almost every community having its own armed groups and political interests. While these issues have been in the national and international interest, the indigenous communities remain the grassroots stakeholders in the success of the relations between these countries.

Nevertheless, despite such crucial positions, India’s strategy concerning the military coup in Myanmar comes at the expense of security concerns for the indigenous stakeholders in the NER, further elevating this into an issue of national concern.

The November 13, 2021 murder of Assam Rifles Commanding Officer Colonel Viplav Tripathi, his family, and four members of the Quick Reaction Team in an ambush by militants in the Churachandpur district of Manipur by the People’s Liberation Army and Manipur Naga People’s Front is a manifestation of such issues of securitisation.

This was followed by the killings of civilians by security forces in Mon, Nagaland, further raking up concern of securitisation while slowing down the integration process that is actively underway in the region.

Immediately after these cases, the intimidating agitation for securitisation in the region was heightened as slogans for the repeal of the Armed Forces Special Power Act (AFSPA) rang throughout the Northeastern states. The Union government responded by lifting AFSPA from 23 districts entirely, and partially from one district in Assam, seven in Nagaland and six in Manipur.

Also read: The Withdrawal of AFSPA in Parts of Northeast Changes Little on the Ground

The Union government justifies the AEP as one such policy to eliminate armed conflict, secure the region and bring about development. However, in times of crisis – such as the Myanmar military coup – the government is least concerned with recognising the hazardous impact securitisation has had on indigenous people.

Scholars such as Rubul Patgiri and Obja Borah Hazarika argue that the AEP may help alleviate armed conflict in Manipur, Assam and Nagaland, where armed groups have their tentacles in neighbouring countries and receive training, financial and material support. This, the scholars contend, will improve the living conditions of the indigenous people.

However, this is an oversimplification of the prevailing context, as observed through the menacing interaction between armed groups in India and militants in Myanmar.

Reports from the ground suggest that, to counterbalance the internal conflict, the military junta has entered into mutually beneficial accords with armed groups that function in India’s Northeast. These accords have strengthened the armed groups, making security issues even more pertinent. India’s current ambiguous engagement with Myanmar only disrupts the progress of AEP and the lives of the indigenous peoples in the region.

Also read: Is the Northeast Central to the Success of the Act East Policy?

Despite it being in the national interest, the implementation of the AEP has been underwhelming since there have been no satisfactory consultations with the indigenous stakeholders of the region. This reaffirms the historical construction of the Northeast as a geo-politically redundant region, owing to its economically unappealing terrain and cultural indifference from the mainstream population.

The government’s ambivalent reactions to security issues in the region act as a hindrance in fulfilling this national interest.

The AEP will not succeed as long as the Union government is insensitive to the needs of indigenous people. The AEP’s failure will, in turn, give China the upper hand against India because, over the last two decades, Chinese investment in Myanmar has increased rapidly, making Beijing the largest investor in the country and Myanmar featuring prominently in China’s trade calculus.

In the aftermath of the Rohingya crisis, China maintained a strong record of engagement with the Suu Kyi government and supported the NLD, as it signed the China Myanmar Economic Corridor agreement. In recent diplomatic progress, Chinese foreign minister Wang Yi announced that the country would back the Myanmar regime no matter how the situation changes, indicating Beijing’s desire to deepen exchanges and cooperation with Naypyidaw, which is of great concern to India.

This can delay India’s mission to dominate the region’s trade and commerce since Myanmar is the corridor to the Asian Highway.

The military taking over Myanmar – the impact of the pandemic notwithstanding – has halted any progress being made between the two countries. This intensifies the position of India’s Northeast as a critical actor in the success of the AEP, which cannot be underestimated as it further determines India’s engagement with its neighbours.

Suanmuanlian Tonsing is a doctoral candidate at the School of Information, University of Michigan-Ann Arbor.