For Jihadists, Balakot Has a Historical, Wounded Symbolism

Balakot was the site of a major battle in 1831, in which forces espousing violent jihad against non-Muslim infidels faced crushing defeat. 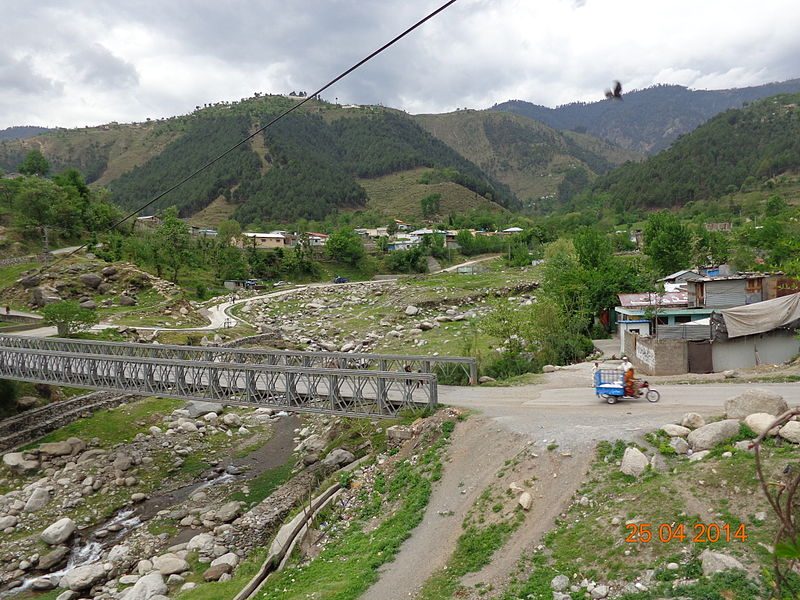 Balakot was the site of a major battle in 1831. Credit: Wikimedia Commons

The fact that India’s reprisal for the Pulwama terror attack took place at Balakot will resound with distressing historical echoes in the minds of many ideologues of ‘jihad’-oriented groups.

Balakot was the site of a major battle in 1831, in which forces which then used the rubric of violent jihad against non-Muslim infidels were resoundingly defeated.

So, the name resonates with many South Asian jihadists with almost as much intensity as the word Masada does with many Zionists (Masada was the site of the last stand before the dispersion of Jews in 70 CE). The word ‘Balakot’ is a powerful metaphor in the minds and hearts of many of those who have espoused jihad in the subcontinent – from Jamal-ud-din Afghani in the late 19th century to contemporary times. It is possible that this history of Balakot might have been among the host of tactical and strategic considerations in the minds of strategists – at least someone like national security advisor Ajit Doval.

During the mid-1980s, a schoolmaster who liked to call himself Azam ‘Inquilabi’ used to speak of such things as the Battle of Balakot at a tea shop not far from Amira Kadal, in the heart of Srinagar. His audience used to consist of several teenagers who consequently formed a small outfit called the Islamic Students’ League (ISL) in 1986.

The ISL’s members included Ishfaq Majid, who became commander-in-chief of the JKLF in 1989, and Shahid-ul Islam, who later commanded Hizbullah. Naeem Khan became the ISL’s president and Yasin Malik, who succeeded the late Ishfaq Majid as commander of the JKLF, became the ISL’s secretary. (Naeem Khan and Shahid-ul Islam are currently lodged in Tihar Jail, accused by the NIA of terror-funding. Malik, who is now president of the JKLF, was jailed in Srinagar last weekend.)

‘Inquilabi’ himself formed a small militant group in 1990-91, which he named ‘Operation Balakote’, with the specific intention of avenging the defeat at Balakot in 1831. He spoke to associates about seeing the uprising in Kashmir in the context of Islam’s dominance in a pan-South Asian context. Nothing much came of his group, but he did briefly give the name fresh salience.

When they chose to locate such a major training camp at Balakot, it is quite possible that the leaders of the Jaish-e-Mohammed (JeM) were also inspired by the thought of rolling back the nineteenth-century defeat at that spot.

It seems that the JeM’s founder, Masood Azhar, is not just a fiery orator, motivator of recruits and mobiliser of funds. He is apparently also something of a scholar of Islam and of the history of jihad.

Azhar was one of the three high-value prisoners who was exchanged for the passengers of IC-814, which had been hijacked during a scheduled flight from Kathmandu by terrorists on December 24, 1999. He was received with great acclaim in Pakistan and formed JeM the year after. It is one of the most radical of the jihadist groups that operate from Pakistan – with a particular focus on Kashmir and other parts of India.

The symbolic value of Balakot for jihadist ideologues could possibly sharpen the Pakistan army’s desire to respond.

Even if only to retain its hold over Pakistan, the country’s army cannot be seen to have taken a beating from India. For, it has packaged itself – quite effectively until now – as Pakistan’s protector against India. As important is the fact that various terror outfits, including JeM (the target of Monday night’s strike), have established a hold over Pakistan through an intricate web of tentacles.

The relationship of the army and the most vigorous of these groups, including JeM and Lashkar-e-Tayyaba, involves a complex power play. The biggest of these jihadist groups have a vast following among the classes that used to be called ‘the masses’ in the discourse of British times.

They could bring to bear huge societal pressure on the army and the government of Pakistan to avenge Balakot.